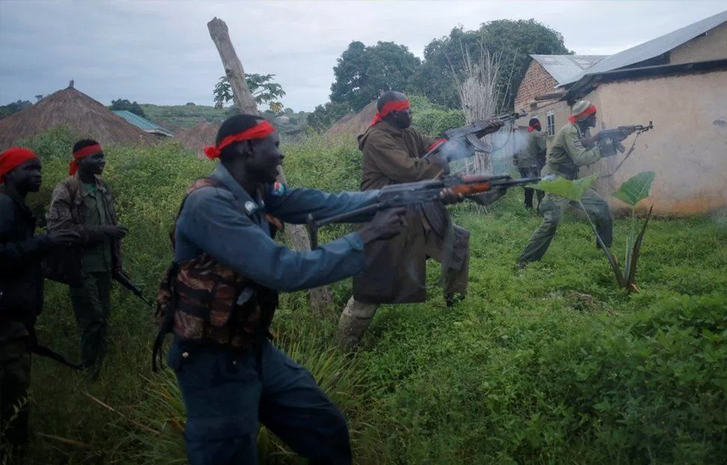 20 Fulani herdsmen have allegedly killed a Pastor and 9 others in Zipkak community in Jama’a Local Government Area in Kaduna State.

NAIJA NEWS NG learnt that the Pastor who was murdered was of Evangelical Church Winning All (ECWA ) Shamah Kuyet Ishaya. The Fulani Herdsmen stormed the community at 6:30 PM on motorbikes and armed with AK47 rifles .

The community confirmed they were Fulani because they communicated with each other with Fulani language.

“There was a rumour three days ago that the community would be attacked. The villagers immediately called an emergency sitting. It was while the community meeting was ongoing that the attacked occurred. People were running in different directions, confused and wailing,” a source told SaharaReporters.

“So far, we have recovered 10 bodies. The associate pastor that was shot dead just concluded his marriage rites last week Saturday and the wedding scheduled for December 19. Amongst the number of dead is also a very aged woman who was shot on the head.”