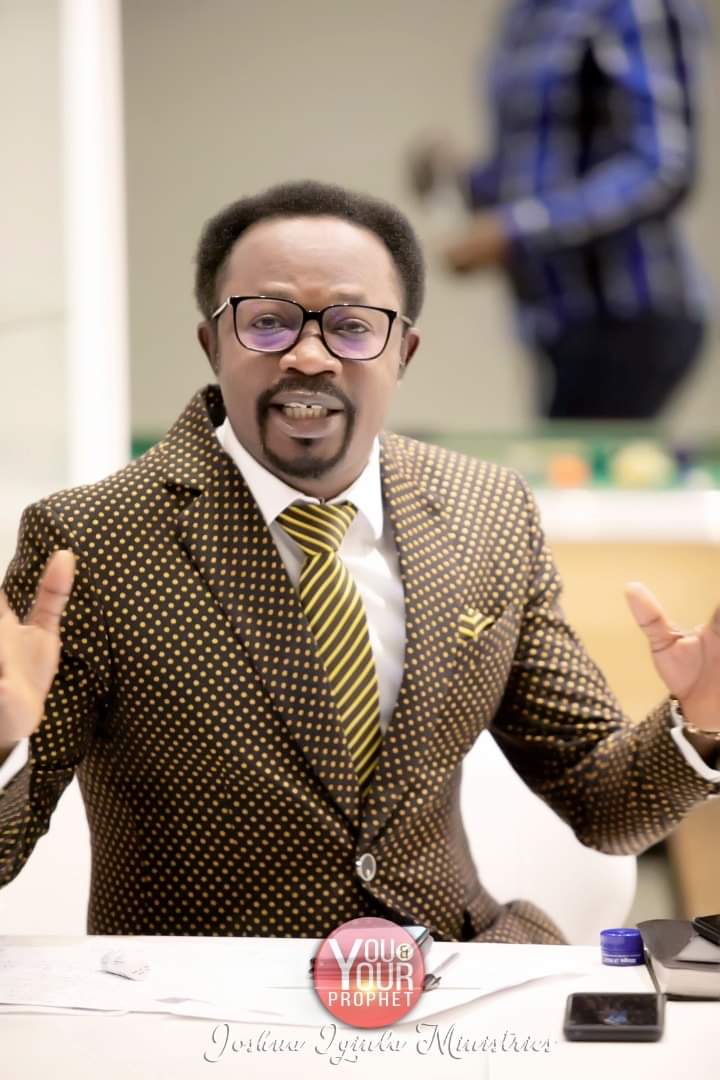 Of a truth, leading prophetic voice in this dispensation and senior pastor of Abuja-based Champions Royal Assembly, Bro. Joshua Iginla has remained an instrument in the hands of God to heal the broken hearted and transform lives globally.

As the word of God has the ability to impact not only one’s spirit and mind but also one’s physical body, Bro. Iginla has always demonstrated how the power of God heals in significant ways. The servant of God, in his ministering element, practically inserts the word into people and it goes right into the mind and impacts every fibre of the body systems. At the end of the day, the mission gives people the opportunity to share testimonies.

At Champions Royal Assembly, people are witnesses to miracles God performs and has been performing through this humble clergy since its inception. The fast-spreading ministry, headquartered in an 80,000 seater capacity auditorium in Abuja,Nigeria has several branches across the world, while Iginla has ignited many dimensions of Christianity characterized by clear cut charity, signs, wonders and healing miracles, around the globe.

According to Bro. Iginla: “Our mandate is to wipe out tears, restore people to their destinies by the revelation of the word, manifestation of power and reality of the Holy Spirit, and put an end to affliction and to produce people of fire throughout the globe. The Bible is quite clear about the need for practical support for the needy and it is an unambiguous admonition of God to provide food, shelter and clothing for the sick, widows, children, the prisoners, the elderly and all those who are suffering,” stated the Oracle of God in a chat with newsmen.

Born in May 21st, 1969, Bro. Iginla is not just blessed with the gift of firebrand preaching, and powers of Deliverance, healing and prophecy, his mega outreaches also serve as conduit through which vital services are provided to local communities. On the side,Iginla writes books, many that inspire god-like lifestyle and victory in all ramifications.

Meanwhile, looking at pastors of large congregations today, only a select few of them do tend to contribute hugely to a wide range of charities and community outreach efforts. Among this very few is Bro. Joshua Iginla. From the early Christianity to the modern age, genuine Christians have carried with them a beneficial concept of charity that has had, and continues to have, a substantial impact on humanity. Iginla is a perfect example of this tradition of old. It is always a moment of joy and fulfillment for members of his Champion Royal Assembly and even strangers, the less privileged including widows, widowers and vulnerable children when he blesses them during his regular charity scheme. Arguably, he is a rare breed who demonstrated God’s love with practical demonstration.

In his usual manner, during his birthdays, the man of God used the opportunity of his birthday which falls in May, each year to further reach out to the less-endowed in the society.

The revered man of God, who has penchant for touching the lives of the needy, has reeled out gifts and cash running into billions. Bro. Iginla doles out money, houses and scholarships to the aged, helpless widows, the poor and orphans.

Most of the beneficiaries who belong to Muslim and Christian faith had tears in their eyes as they were touched by God through him. They, however, could not stop praying for Bro. Joshua Iginla. The televangelist revealed that being a Muslim did not mean they were evil and could not be assisted, hence, the reason he never discriminate in his philanthropic gestures.

Truth be told, as another May 21st roll by, it is worthy of note to admit that Iginla is a record breaker and unique person in many sense. Here are some unexpected facts about Joshua Iginla

Brother Joshua has presented a number of cars to celebrities and actors. For the first time it happened in 2015, he gave out 22 cars and the second time he presented 32 cars as a gesture of largesse;
Iginla gives Muslim acid victim, Jamila Yusuf, 10m , sponsors her surgery in 2016
He doles out over N23 million to 115 widows during his birthday in 2017
Also in Johannesburg, South Africa he gave several cars and millions to widwos and less privileged.
He awards Scholarship To A Girl Child, Gives Her A Cash Gift
He built a record-breaking world-class 80,000 seats auditorium in Abuja withing 13 months mad currently building same capacity in South Africa
Pastor Joshua Iginla donated N1 million Naira for the treatment of Nollywood star Elder Maya
He presented one more car to famous actor Solomon Akiyesi, and he also added N300, 000 to cover any cost.
The pastor has two television stations known as Champions Television that is broadcasted globally
In 2019, he acquired a multi-billion naira private jet for the propagation of the ministry.
Builds 80,000 seater auditorium in Abuja withing 13 months and is embarking on another cathedral in South Africa.
As a prophet, he predicted many political and social events, among them:

On March 9, 2014, the pastor predicted that Obasanjo would quit PDP
He accurately predicted about Buhari health issues.
The next prediction was about Boko Haram attacks in Cameroon
He predicted future World cup 2014 winner
After that, there was a prediction about the upcoming impeachment of Adamawa’s State governor..
The pastor predicted bomb attack at INEC office and accidents with Boko Haram female bombers
There were also predictions about Ebola threat, and fire outbreaks in Lagos (2015).

Arguably one of the richest prophets globally with aquisation of private jets, mega parishes across the world and ultra modern buildings home and abroad, yet, he remains one of the most humble clergy who has chosen his resources to impact the less privileged and the needy. He has finally divorced his wife over infidelity and has moved on permanently with his new wife a prophetess whom we learnt has been a source of peace and happiness to him.

Related Topics:Joshua Iginla
Up Next