Naija News NG reports that Ambrose Nwogwugwu , the Director of Online media of the Peoples Democratic Party (PDP), has been arraigned before a Magistrate court sitting in Owerri on charges bordering on terrorism and defamation following some of his Facebook posts “targeted” at Governor Hope Uzodinma of Imo state.

In the charge sheet marked 0W/217c/2020, it was alleged that the 29-year-old PDP official accused the governor of constructing a rural grazing area for herdsmen in the state, planning to rename Imo State University after Abba Kyari the former chief of staff to the president who died from COVID-19 complications and planning to divert N5.2 billion meant for pensioners in the state.

Governor Uzodinma has reportedly denied all the allegation made in the posts shared on Facebook between March and May 2020.

Some of the charges against Nwogwugwu who was arrested and taken into custody by the Department of State Services on May 28, 2020 read;

“That you, Ambrose Nwaogwugwu, on April 20, 2020, in Owerri, within the jurisdiction of this court, knowingly and intentionally posted on your Facebook wall through a computer network that governor Hope Uzodinma is to rename Imo state university to Abba Kyari university for helping him out in the supreme Court, which you know to be false for the purpose of causing annoyance, insult, injury, hatred, ill will and needless anxiety to the governor and thereby committed an offence contrary to Section 24 (1)(a)(b) of Cybercrimes (Prohibition etc) Act 2015.

“That you, Ambrose Nwaogwugwu, on March 23, 2020, in Owerri, within the jurisdiction of this court, knowingly published on your Facebook page that governor Hope Uzodinma has inaugurated an undercover RUGA commissioner and has made available a large expanse of land for the takeoff of the RUGA project in Ngor Okpala which act is deliberately done with malice and which is seriously intended to intimidate Imo population and thereby committed an offence contrary to Section 1(2)(b)(II) of Terrorism (Prevention) Act 2011.” 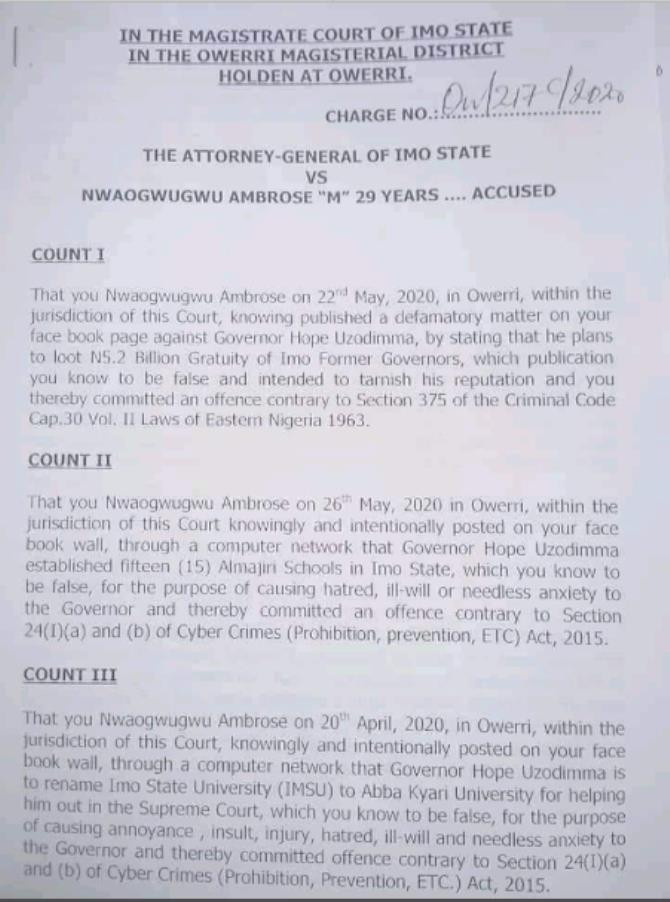 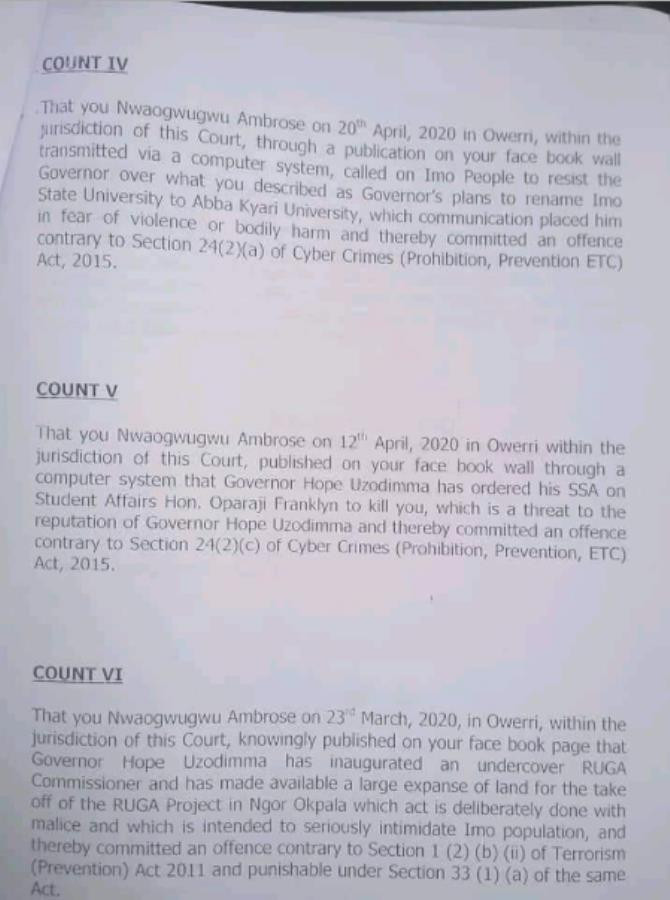 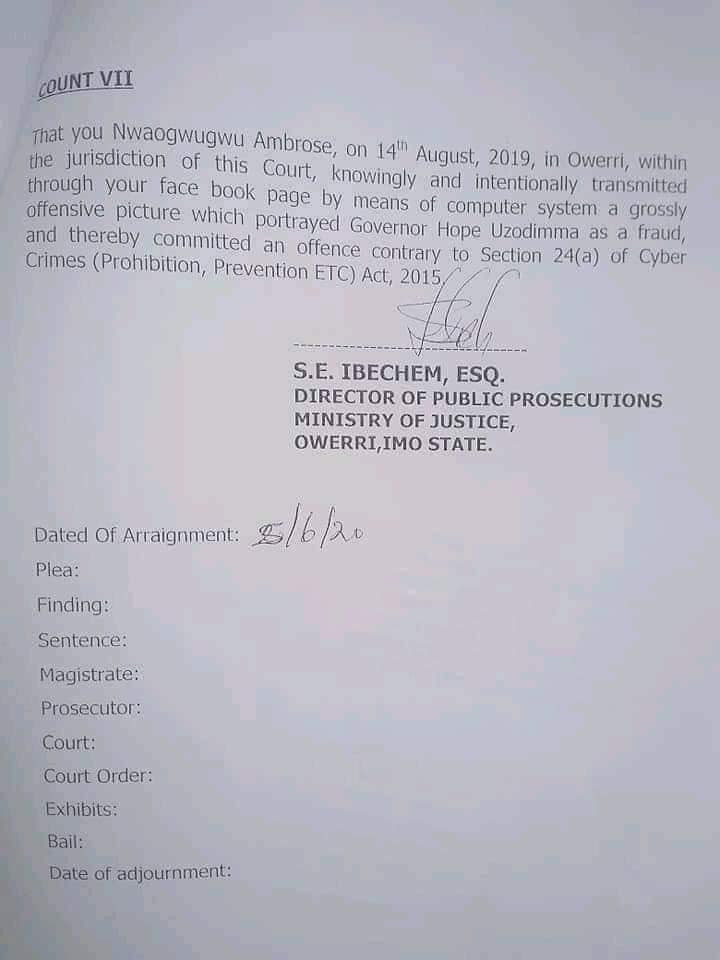 Nnamdi Kanu In Trouble As Figures Of Defense Funds Leaks