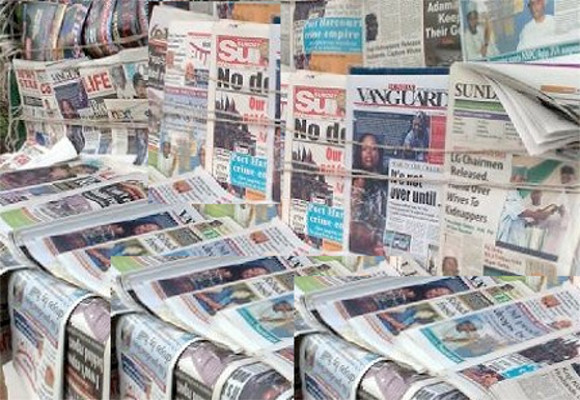 Top news headlines of Nigerian Newspaper for Thursday 25th of June has been compiled by your daily online news portal, Naija News NG .

Below is the list of top of news headlines of Nigerian Newspaper online.

Edo PDP is constantly spinning out intrigues . The reason Wike pulled out of Obaseki’s reconciliation efforts may have been uncovered.

Nyesom Wike is one Governor who says what he wants to without minding whose ox is gored.

Naija News NG reports that Activist and social media commentator, Deji Adeyanju and pro Buahri supporter, D Olusegun tweeted that the reason Wike pulled out was because of his personal deal that was not accepted by Obaseki .

4- EDO PDP : Obaseki And Others Settling Out Of Court

Those are the top news headlines today, Thursday, June 25, 2020, of Nigerian newspapers online has been compiled by Naija News NG .