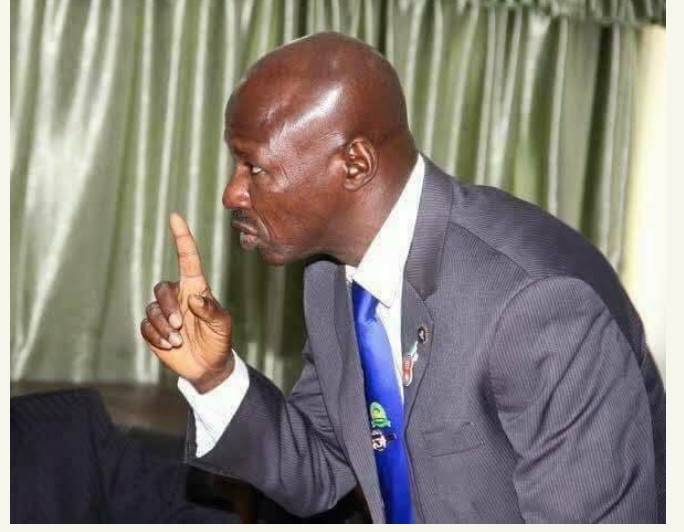 Ibrahim Magu, Suspended EFCC Chairman, has opened up on his travails while in detention.

Naija News NG reports that the suspended acting Chairman of the Economic and Financial Crimes Commission (EFCC) was released from police custody on Wednesday evening after 10 days in detention.

Speaking for the first time after regaining freedom, the suspended EFCC boss asked Nigerians not to give up on the fight against corruption.

The suspended EFCC acting Chairman said whether he is the chairman of EFCC or not, “Nigerians must own the war against corruption, which President Muhammadu Buhari is determined to eradicate.”

He said what he went through was “one of those risks of the job”, adding that all the allegations flying around were to tarnish his image and that of EFCC.

“They should not give up on the fight because corruption kills a nation faster than any other thing.

“It is not a personal fight. Whether I am EFCC Chairman or not, the anti-corruption war must continue.

“What I have gone through is a case of dog eats dog but I see it as one of those risks of the job. But we must not give up in any way.”

On the allegations against him, the suspended EFCC boss said: “They are nonsense. They are mere trump up allegations to tarnish my image and that of the EFCC. I did not steal or divert or convert funds to private use. I read the allegations and I was shocked.

“I thank Nigerians for their support, they should not be discouraged. I am happy to be back, I believe the war against corruption is winnable.”