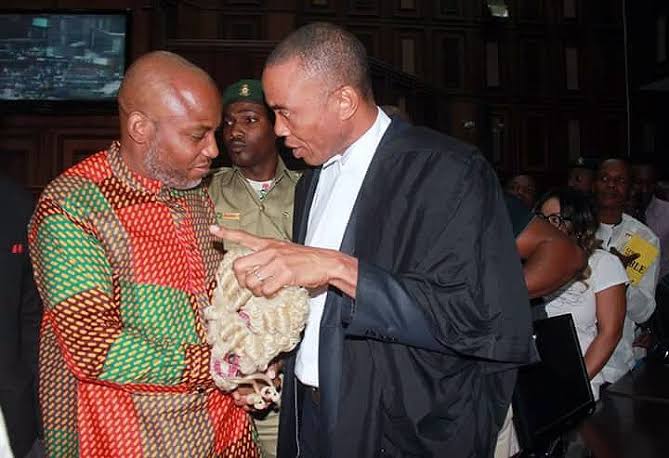 Biafra actualization agitations by Nnamdi Kanu led Indigenous People of Biafra have been punctured by the Secretary General of LNC, Tony Nnadi.

In a chart he explained why IPOB and Nnamdi Kanu are wasting time and taking Igbo lives. He said IPOB and Nnamdi Kanu do not have a winning startegy that can actualize the nation of Biafra in 50 years. NAIJA NEWS NG brings you the full texts of his speech. Read below and watch video too.

You want independent but you don’t have any plan that can bring you the Independence but you are distorting the one is that is working.

Getting people killed in 50 years doesn’t lead anywhere because there is no definition of where you are going to. Where is the map of that Biafra, have you discussed with the Ogoni and all the people in that territory, if you have not discussed with them and you go to London and declare yourself supreme leader over them with Biafra that includes their lands, how do you expect them
to relate to it?

It is a franchise they are running, I can inform us on this forum, it is a criminal enterprise they are running.
I sat down with Nnamdi Kanu before he began his broadcast, I was the one that collapsed the treason dialogue with Uwazurike, I was also the one that collapsed the treason dialogue with Asari in 2007.
When Henry Ukah was arrested again I got involved , we managed to collapse what they were doing here before they got to South Africa.When Nnamdi Kanu got involved in 2015, I had to go in their and we got an order of an unconditional release with Obeta before Ifeanyi Ejiofor even came in .

Nnamdi fell out with Uwazurike in 2012 by the time he was going to start on his own those who knew what we were doing asked him to come sit down with us to take content from what we were doing for broadcast . Nnamdi Kanu came to Nigeria and sat down with me for four hours in my office, he rejected every single one of the 8 point strategy the LNC put down.

To those who are calling that we make peace with them, there is nothing we can take from what they are doing.

1- There must be a definite map of where that territory you seek independence for begins and ends.His answer was everybody knows where Biafra is.

2-If you look at the map we have, you will see that the 5 Igbo states are not even up to 1/3rd of the Lower Niger Delta region, we are also locked in because we are far from the international waters.
if you have not gone to discuss with the Ijaws, the Ogonis, Anang etc they are going to disown you. We said this far back, from the beginning and today the Uhrobos , Efiks , Ijaws , Anaangs have come out to reject any Biafra that will include their lands. These are same people that agreed with the Lower Niger Congress before. It is Nnamdi Kanu and the criminality he is operating that caused it because they are seeing the way you are going, you are Supreme leader, your Deputy is also Igbo all the people at the top of the organisation are all Igbos.

Then you come shouting Chukwuokike Abiama how does it sound in the ear of the Ogoni? If they all disown you, are you not back to where you were in 1967? He said those people do not understand, they spoilt the first one.

3- The Nigerian Constitution is the instrument with which Nigeria is occupying that territory.It is that constitution that brought 82 Division to Enugu and all the police stations in the South . Have you looked at the Nigerian constitution, what is your plan. He said oh no you guys are still talking about Nigeria, it is Biafra we are doing.

4- The Alliance of the Caliphate with the rest of Nigeria and the Niger Delta as time went in 1967, you must get the alliance with our immediate neighbors .We must defeat their alliance by creating ours.

5- Don’t use the name tag Biafra for the campaign, it is not good. We can call it self determination campaign, we can call it Independence Campaign to get started. It took us six years going to Oba of Benin, Olu of Warri, the Obong of Calabar discussing and creating alliances . When you use the Biafra name most of them are turned off. The concept is going into a federation that involves 6 blocs and 70 million people and everybody with the full right to self determination. Our Yoruba neighbors will go into an alliance that allows you to stay where you are without loosing your investments. Nnamdi Kanu replied saying the Yoruba are unreliable.The middle belt where the ones that killed us in the past.

6- What is the mechanism for this campaign to become a federation, the LNC has a plan that will get a UN backed referendum . He said nobody should talk about referendum, that if anybody talks about referendum they will kill the person. He said Nigeria will rig referendum.
I showed him documents of how the UN will do it. The LNC has been inside the UN since 2012. It was in 2017 in Kuje meeting that involved Charles Soludo and Pat Utomi that Nnamdi Kanu accepted referendum. 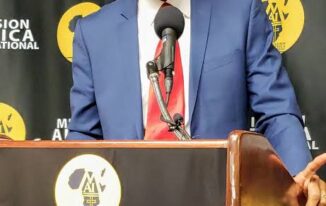 7- Transition, what is the mechanism of interfacing with the existing government order. The LNC has done more than 90% of the work already on how to transition with UN supervision so that we don’t get into Somalia. His answer was it is conquer and occupy,they are going to infuriate people to the extent that people will pour out in the streets, they will kill some people and the whole place will be overwhelming then they will jump into the place and seize the place then everybody will deal with them in that situation. It happened in 2015 and people got killed if not for the intervention of the LNC at the time. If our people know how we got to that calamity they will be frightened. Buhari gave an order to the battalion in Onisha to shoot them but before they got there that order was intercepted and things were done in high places . The battalion disobeyed the order, Buhari court marshaled a whole battalion and sent them to the war front in Maiduguri.

Nnamdi Kanu caused the Python Dance with this idea. We saw him marching in the guard of honour with his father behind him and over 100 people saluting in military attire without guns, if you were the president what will you do? that is what brought the Python Dance. The report I got shows that over 300 people were killed during the Python Dance. The truth is that Nnamdi Kanu didn’t sleep in that house, has anyone asked how his parents left the place? 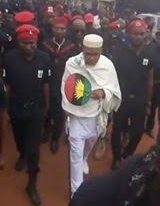 8- International Imperative . What is it that you have to do to get the foreigners who stood with our enemies in the past to be on our side? I work in the Oil industry, the LNC has discussed with the owners of oil and gas assets in the region , we have secured the economic interests of the powers that be . As far back as 2008/9 we have had this discussion. 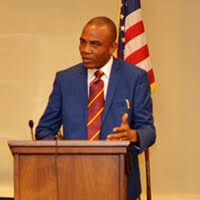 Nnamdi Kanu rejected all these points in 2013. I came to the conclusion that he was not looking for freedom for our people so I deleted his phone numbers from my phone.

As I speak with you now there is no single official of the United States government in talks with Nnamdi Kanu . Everything you have heard of, how they went to Congress and other places are photoshop . He has met nobody, not in UN, no where.” Tony Nnadi said.

FG Backs Lanre Alfred to write book on Nigeria At 60