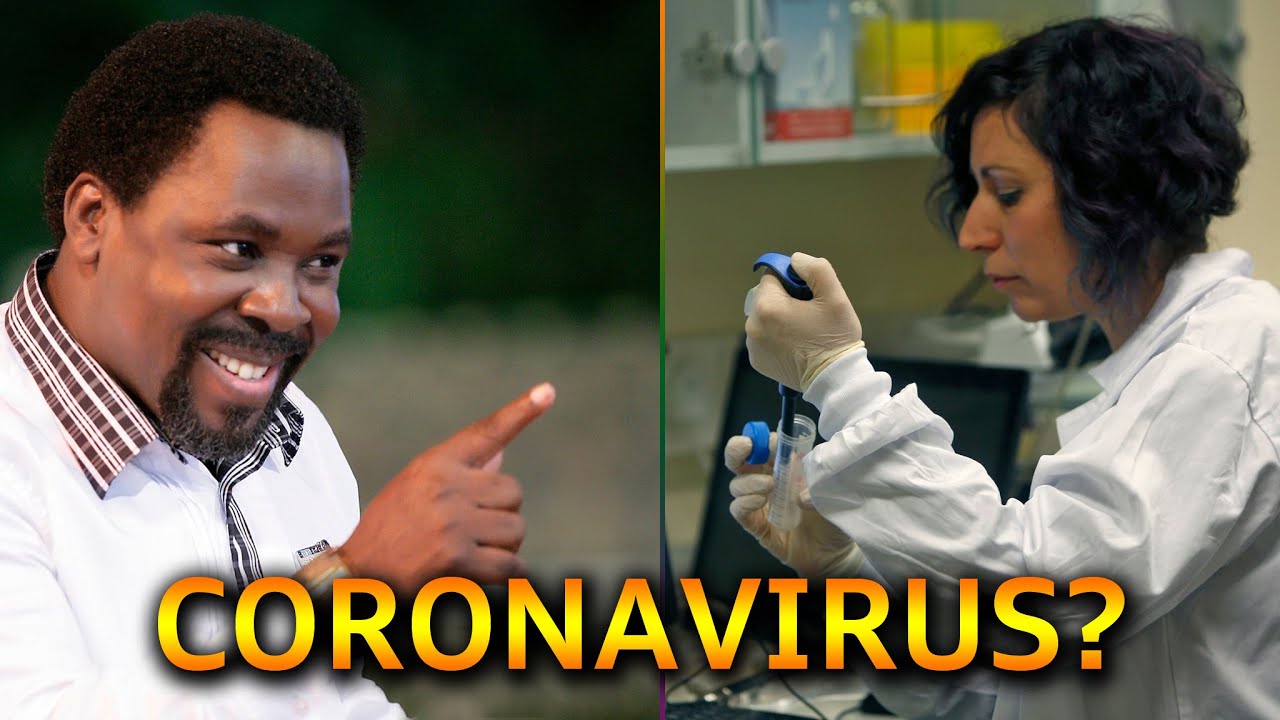 TB Joshua in March had claimed that by 27 of that month, Covid-19 will completely ‘disappear’

Nigerian charismatic pastor TB Joshua has claimed that one of his pastors was able to heal a couple in the US, who were infected with Coronavirus and were hospitalized for COVID-19.

TB Joshua, who is a common household name in Nigeria, is the founder of The Synagogue, Church of All Nations (SCOAN), a Christian megachurch.

Prophet T.B.Joshua took to his Twitter on Sunday where he announced that Pastor Chris had prayed for a couple in the US, who had tested positive for COVID-19 and after receiving prayer were healed.

“Mrs Bukola connected from the USA as she laid in the hospital bed with COVID-19. Her husband, Mr Oluwaseun, also tested positive. Prophet Chris prayed for them in the Name above all names. After the prayer, Mr Oluwaseun and Mrs Bukola proclaimed their healing!,” T.B.Joshua tweeted.

TB Joshua, who is also a popular televangelist and runs the Emmanuel TV, last month had claimed that a COVID-19 positive patient was healed after watching his church services.

In a video, T.B.Joshua claimed that, a gynecologist and obstetrician from Cameroon, who was in an isolation ward when he called in via video to receive prayer on Emmanuel TV “vomited out” the disease.

The video is also posted on YouTube where it has been shared by thousands. The faith-based healer also is now urging the government to organize means for patients in isolation to connect to Emmanuel TV, so that he can pray for their healing during his special prayer COVID-19 prayer segment – Interactive Prayer.

Earlier this month, the World Health Organization too was forced to issue a “carefully worded” statement after an African journliast asked for a reaction from a WHO panel on their view on the trending video shared by T.B.Joshua about the Cameroonian medical doctor being ‘healed’ of COVID-19.

“We know many religious leaders who would really advise their followers to follow their faith and at the same time use science. The two do not contradict; they go together… We will call on all religious leaders to be in this fight and save lives,” WHO Director-General, Dr. Tedros Ghebreyesus said, reported The Nation.

With a poor health care system and under-funded hospitals, thousands in many of the impoverished African countries turn to faith-based healers such as T.B Joshua, who run megachurches that are visited by thousands.

The popular Nigerian televangelist in March had claimed that by 27 of that month, coronavirus will completely “disappear” to thunderous applause by the congregation.