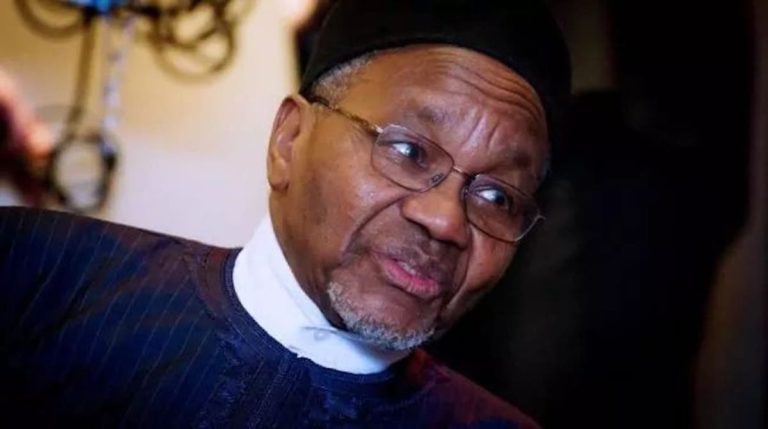 Mamman Daura said on BBC Hausa that zoning should be jettisoned in the 2023 presidential election.  He said the most competent should emerge as President.

He argued that competence should produce the next president of Nigeria not his geopolitical zone but this statement has been greeted with divergent views from Nigerians. The Yoruba socia-cultural group has disagreed with Buhari’s nephew, Joe Odumakin said :

“I heard him (Mamman Daura) talking about competence or whatever. In 2023, he would understand if there is anything called competence. We are watching how things unfold,” he said.

A chieftain of the APC, Mr. Joe Igbokwe in a chat with Daily Trust said given the diverse nature of Nigeria, rotational presidency should be maintained.

On Twitter Nigerians have also shared their view and NAIJA NEWS NG has compiled them for you .

“Mamman Daura said Nigerians should vote for competence instead of zoning. This latest narrative is happening now that the rotation has reached Southeast. I believe there are competent folks from the south east also?”

“After joining the New Nigerian in April ’69, “the first two years of his stewardship was a focus on coverage of issues affecting Northerners and protection of northern interest”.

“Wait! Thousands of Boko Haram fighters have “repented” and “rehabilitated” and none of them can tell Nigerian Army where to locate Leah Sharibu and Other Kidnapped victims of Boko Haram?
Mamman Daura, Lasisi, chloroquine”

“I don’t think Nigerians are ready for the Mamman Daura proposal that competence should replace zoning in leadership selection. In any case, each zone has competent and incompetent people but somehow the incompetents always emerge. WHY?”

“What is wrong if Mamman Daura roots for competence over zoning? I mean, why were y’all expecting him to say? That an incompetent man from a particular region should be preferred over a competent man from a different region just because of political stratification?”

StarBoy Vanguard
@StarBoyVanguard
“We are on the same page with Mamman Daura. Leadership of this country “should be for the most competent and not for someone who comes from somewhere”
We have no doubt that our prof, Yemi Osinbajo remained the most competent to lead Nigeria comes 2023″

“That tells the Igbo-one-Nigerians all they need to know about their dream for an Igbo President in 2023.

The North will rather END Nigeria than leave the president position.”

“This is Mamman Daura. Tell him I have his file. And it is as scandalous as Ismaila Isa Funtua. I have no chills. I don’t take bribes. Nigerians must know their enemies. Gloves off!”

Governor Zulum And Entourage Attacked By 15 Gunmen In Borno State