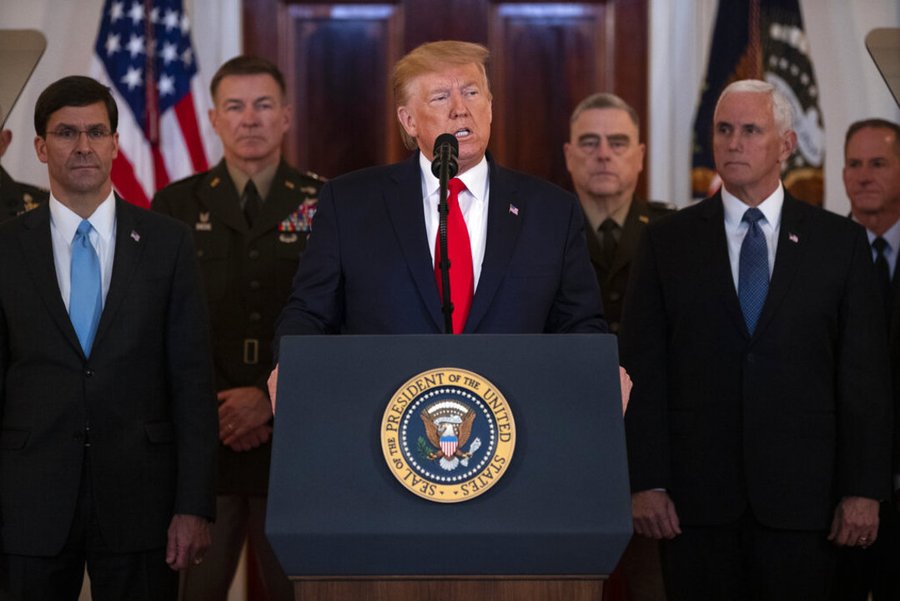 Donald Trump the 45th President of United States of America has revealed why drug companies are after him. He said they spend heavily on anti Trump Ads .

Trump alleged that drug companies are fighting him because he is lowering drug prices . Read his tweets below :

“The drug companies are spending millions of dollars in advertising against me, only because I am lowering drug prices massively, 50% and more! Biden and Obama said they would do this for eight years, but never did…
…With Biden, drug prices will quadruple! After many years, the game is finally up for Big Pharma, and they’re NOT HAPPY about it! Please understand that when you see their negative ads!”

Trump also wrote on Twitter on his achievements on the pharmaceutical sector on 28 of July . He said :

“….be able to produce what I have. So when you see those nasty ads from Big Pharma remember, the only reason they are going all out is the massive PRICE REDUCTIONS you are getting – not good for them. Plus, I was only President in 51 years that got a Prescription D reduction!”

Fiercepharma.com’s report on the Tv commercial is below :

The TV ad opens with a voiceover announcing: “The Trump administration just announced a new plan to raise Medicare premiums.” An older man in his kitchen looks up at the camera and asks “During a pandemic?” while another senior looks up from his newspaper and asks “When drug costs are already so high?”

A PCMA spokesperson confirmed that the commercial ran this morning on Fox—a channel the president is known to watch.

Trump’s complaints came around 10 a.m., just after the Fox and Friends morning TV show, starting with this opening shot: “Big Pharma is taking television ads trying to make the case that I am raising prescription drug prices on seniors.”