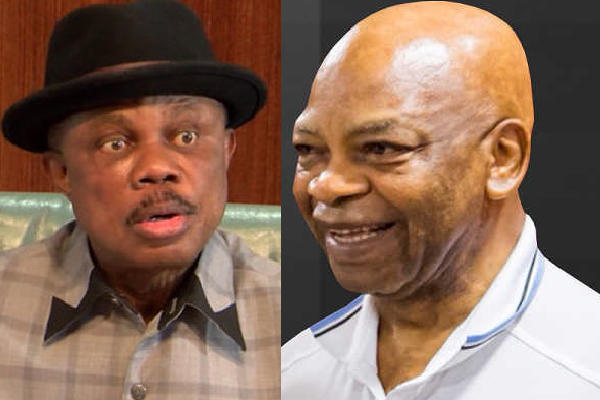 Chidi Odinkalu has alleged that Obiano suspended the 12 Anambra traditional rulers because they have links with Arthur Eze.

You would recall that Arthur Eze and Governor Obiano have been at each other in recent time, the Oil Magnate recently threatened to sue Governor Willie Obiano over Monarch’s pay . Arthur Eze was quoted to have alleged in a meeting with traditional rulers at Igwe Peter Uyanwa’s palace that the money the monarchs are meant to get are being shortchanged .

He said, “In the North and in the South-West, they still pay the five per cent of the local government allocations to the traditional institutions. In the South-East only Enugu State pays that. Down here, that is not the case.

“What is Obiano doing with that money? He is not building industries, nothing. What is he doing with the money meant to keep our traditional institutions strong?”

Governor Willie Obiano has suspended another 12 traditional rulers who traveled with Arthur Eze to Abuja to see President Buhari . This is coming after he suspended the Traditional Ruler of  Ukwulu community of Dunukofia Council Area who is also the Chairman of Anambra Central Traditional Rulers Council , Igwe Peter Uyanwa  in whose palace Arthur Eze made the comment.

The 12 newly suspended traditional rulers are :

NAIJA NEWS NG gathered that they were suspended for a year . The Commissioner for local government chieftancy and community affairs, Greg Obi, in a statement said the monarchs were suspended for travelling out of the state without consulting or getting approval from the Anambra State government. He said the decision to suspend them was reached at a meeting of Traditional Rulers Council of Anambra  which held on 11 August .

Human Rights Activist , Chidi Odinkalu yesterday, posted a video of these Traditional Rulers counting money allegedly given to them by billionaire Arthur Eze . The video confirms that these Monarchs’ link with the oil magnate might be the reason Governor Obiano suspended them just as he did to Igwe Peter Uyanwa .  See post below :

This is why the govt of Anambra State suspended these traditional rulers – they have peculiar skills in speed counting & speed pocketing cash #Anyhowly…. pic.twitter.com/JK02sdeVdc