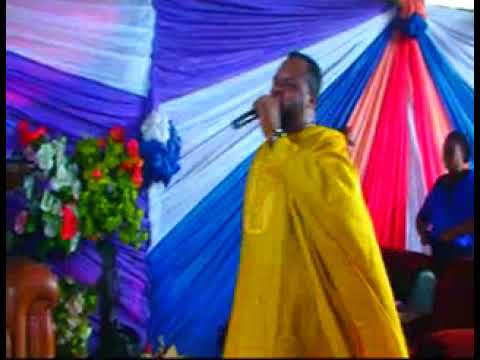 Founder of Heavenly Road Evangelically Church, Ogbaku, Bishop Ernest Chijioke , has accused the the leader of Indigenous People of Biafra of sending people to kill him.

NAIJA NEWS NG reports that the clergyman said after he preached that Biafra has come and gone hoodlums were sent to attack him. He said lets stop asking God for Biafra and start asking for sense.

He advised the members of Indigenous People of Biafra not to listen to anybody who says they are in bondage and should protest without being the leader of the protest. He also said protest will never give you Biafra, if you want to make sense, go and make money.

Video Of Nigerian Man Proposing To His Girlfriend Inside Airplane