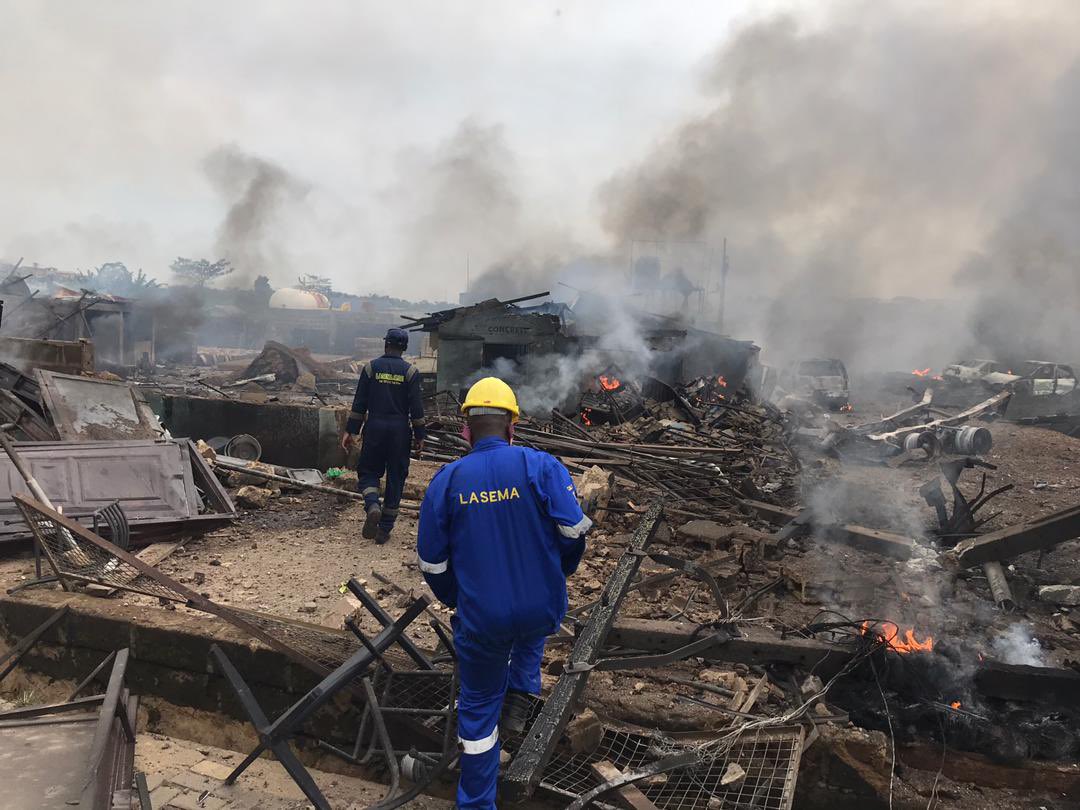 Many people were injured in a gas explosion that occurred at Iju Ishaga, Lagos State on Thursday.

UPDATE: The fire incident at Cele Bus Stop, Iju Ishaga , Lagos was caused by a gas explosion resulting from an accident involving a truck conveying gasoline.

The impact of the explosion led to fire on adjoining buildings and several vehicles burnt.

One of the victims of iju ishaga explosion
2020 is not a good year at all pic.twitter.com/kl7AQlswiO

On arrival at the scene it was observed that there was a gas explosion at the aforementioned address. pic.twitter.com/Pqoh9R8Lde

On the arrival of the Tiger Squad, Alausa Secretariet at the scene, it was discovered that there was a gas explosion at the aforementioned address.
Further investigation gathered revealed that an unknown truck”

I don’t think It’s a coincidence.”

Nigerians React As Lesbian Couples Flaunt Themselves In Lagos