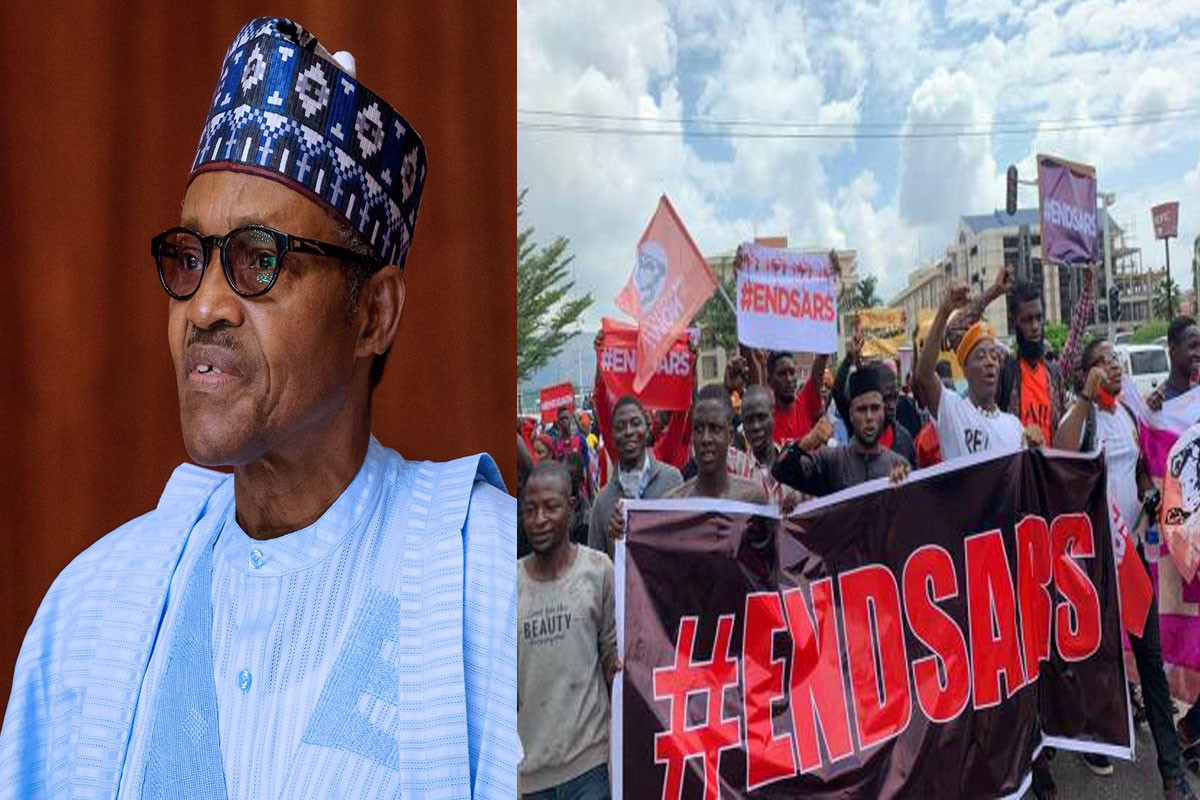 Nigeria’s vice-president, Yemi Osinbajo, has said that whatever police unit that would replace the Special Anti-Robbery Squad (SARS), must be “acceptable” and compliant to all the tenets of the rule of law and human rights.

This was contained in a statement signed by his spokesperson, Laolu Akande, on Monday.

Osinbajo was reacting to the protests around the country, calling for SARS to be scrapped.

The Vice President noted that the disbandment of the tactical unit is the first step to extensive police reforms.

“I think the clear message is that there is a government commitment to ensuring that the process of reform is done and those who have committed wrongful acts are duly investigated and prosecuted.
READ MORE

LAGOS – Dr. Oby Ezekwesili, a former Minister of Education, has said that President Mu­hammadu Buhari had so far demonstrated that he doesn’t possess the needed tempera­ment to lead a diverse nation like Nigeria out of its present challenges.

Speaking with Daily Inde­pendent, Ezekwesili, a former presidential candidate who is launching a new initiative called #FixPolitics, said Nige­ria’s religious divides and dif­ferences have become deeper now due to the “irresponsi­ble, clannish, provincial, in­competent, and ineffectual management of our diversity by President Buhari”.

According to her, while countries like Botswana, Sin­gapore, and South Korea that gained independence in the 1960s like Nigeria had suc­cessfully transformed their societies, Nigeria was still groping in the dark due to the fact that the citizens are not bound by common aspira­tions and shared principles.

She said: “As a result of those failures to build con­sensus, Nigeria has hobbled along as a country of people who are not unified around common aspirations and shared principles.

“How different the out­comes would be if we were a country guided by aspira­tions like equal opportunity, inclusive growth and pros­perity, social cohesion and stability.

“These are proven from our #FixPolitics research as some of the building blocks on which other countries transformed their societies.

“We found countries like Botswana, Singapore, and South Korea to have prioritized human development, merit, productivity and healthy competition among constituent parts, as well as their citizens.

“The results show up in their economic performance and the vastly improved wellbeing of their citizens in contrast to Nigeria – all three countries gained inde­pendence in the 1960s from Britain”.

However, reality is set­ting in now. For after many decades of ignoring the obvi­ous, it is becoming clearer to all discerning and reasonable compatriots that our union is facing the severest threat to its existence now.

Femi.Fani-Kayode, a former Minister of Aviation, has called for the removal of President Muhammadu Buhari through a similar protest that led to the scrapping of the Special Anti-Robbery Squad, SARS.

The former minister, who is also a chieftain of the Peoples Democratic Party, PDP, noted that the End-SARS protests represent a watershed in the history of demonstrations in Nigeria.

He pointed out that this was the first time in the last 60 years Nigerians had recognised the fact that they can effect change and bring government to its knees by taking to the streets in peaceful protest.

Fani-Kayode commended the courage of Nigerians who took it upon themselves to ensure that the government disbanded SARS by protesting but urged “them to not just call for the ending of SARS but also for the resignation of Buhari.”

Giving his reasons, the former Minister said Buhari, as Nigeria’s President, has no value for human life and that innocent Nigerians had been brutally murdered under his watch than at any other time in the history of the country outside of the civil war.

For Fani-Kayode, Buhari “has lost his legitimacy and has no right to remain in power.”

“#Endsars and #EndPoliceBrutality is just the beginning. #EndBuhari’s rule and the resignation of Buhari and his entire Govt. must be the final destination,” he tweeted.

“Many have been killed during this #Endsars demonstrations and they are still being killed. Their blood must not be allowed to have been shed in vain.
READ MORE

The Director of News

RE:”DISSOLUTION OF SARS AND IGP DIRECTIVES”:

– Entreats citizenry to be supportive and patient with the police

– warns against breach of the peace

1. Following the dissolution of Special Anti-Robbery Squad (SARS) subunit of the Nigeria Police Force by the Inspector-General of Police, IGP Mohammed Adamu NPM, mni and his consequent directive to redeploy Personnel in the Unit; the Commissioner of Police, Enugu State Command, CP Ahmad AbdurRahman MCPSS, MCJ, MNIM has directed strict compliance with the dissolution and directive.

2. Consequently, the Commissioner has directed the the immediate conduct of proper inventory into the human, material and operational assets of the Unit to facilitate necessary actions in respect of the dissolution and redeployment directive.

3. In line with this, the CP entreats the general public, especially residents of the State, to remain supportive and patient with the Police, as her High Command in consonance with the aspirations of the Federal Government, repositions the Police for effective service delivery.

4. To this end, he reassures continued commitment to always emplace adequate security in the State, while warning any person or group of persons perfecting plans to cause breach of the peace under whatsoever guise, to desist forthwith.

5. The Commissioner notes that the warning is sequel to credible information gathered that miscreants are perfecting plans to hinged on and/or hijack the proposed ‘End SARS’ protest and wreck havoc in the State.

6. He reiterates that such acts aimed at scuttling the hitherto peace and tranquility enjoyed in the State, will be vehemently resisted; while warning that anyone found wanting, will be made to face the full weight of the law.

7. Meanwhile, law-abiding residents of the State have been enjoined not to entertain fears and go about their lawful businesses, while promptly reporting suspected criminals and breachers of public peace to the nearest Police Station or by calling the Command’s emergency hotlines on: 08032003702, 08075390883, 080866712020 and 08098880172 or send an e-mail to: contact042ppro@gmail.com”

Burna Boy has given reasons why he was silent when the #EndSARS protest started last week, Naija News Ng reports.

Nigerians took to Twitter last week to blast the singer for being ”silent” on the protest.

In a series of tweets posted this evening, the singer said he was dealing with a personal family problem when the protests began. According to him, his mum had surgery last week and he had to focus his attention on her health.

“I was Dealing with a Personal Family issue at the Beginning of these Protests . My mum Had Serious Surgery last week! We were all invested in making sure she recovers! i am not about that “put it all out on social media” life.We decided the focus must solely be on this protest.”