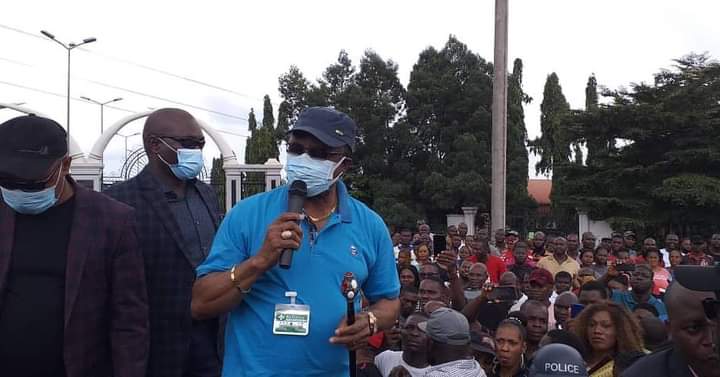 Earlier today, Governor Willie Obiano after speaking with the protesters in Anambra State sacked the notorious CSP James Nwafor of Awkuzu SARS. Obiano also said in a tweet that he is being prosecuted.

Following my meeting with amazing #EndSARS protesters in Anambra, earlier today, we’ve setp up a Panel of Inquiry over Reports of Abuse of Human Rights, as communicated in the attached images pic.twitter.com/xwnD3GdA5j

Lagos State Governor, Jide Sanwo-Olu while speaking to media men on Thursday also revealed the identities of the police officers involved in the Surulere incident.

“Lagos state is taking the issue of police misconduct very very seriously. Earlier this week, we all recorded an incident that happened at the Area C command in Surulere. All the four erring officers whose names I will also mention have also been apprehended and they are going through an orderly room trial,” he said.

“They’re Inspector Bogu Michael, Inspector Ekpodom Etop, Sergeant Nnamdi Majura and Sergeant Akinyele Benson. All the four officers have been identified and like I said, they’re going through an orderly room trial as we speak.”