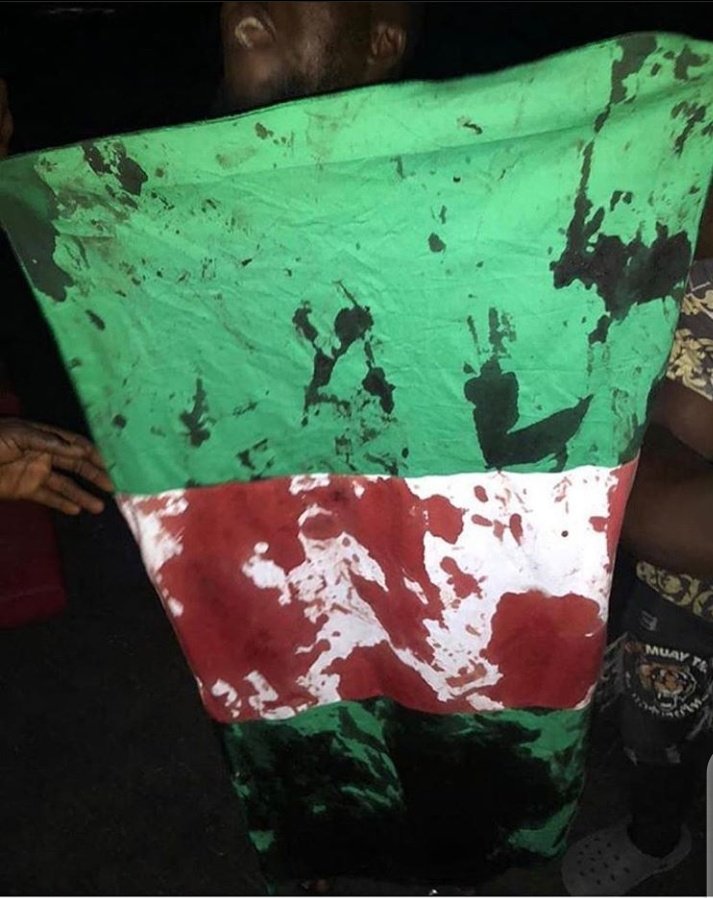 According to DJ Switch the Commander of the military squad that came is Ifo Omata.

NAIJA NEWS NG reports that 130,000 viewers from all over the world watched Nigerian youths bravely removed bullet from the leg of the protesters who survived.

”11 dead, they are catering away with the bodies in an army truck, they want to hide the evidence, ” Samuel Otigba, one of the protesters at the location said.

But the government is replying back with force

Is this still democracy or a sham of a nation?
#EndBadGoveranceInNigeria #EndSARS pic.twitter.com/22uGy5yTCy

The Guy Dj switch was trying to save by removing the bullet from his leg is dead. DJ switch if also offline 😭😭
Rt, this is our only evidence make it go viral. #EndSARS pic.twitter.com/rsj7m5zUGW

See how Nigerians reacted to the death of protesters at Lekki Toll Gate.

“We can never forget the lekki toll gate massacre ”

“History will forever be unkind to President
@MBuhari
. Under his watch, at the Lekki Toll Gate, Lagos, Nigerian soldiers shot live bullets at young, unarmed, innocent protesters demanding an end to police brutality.

The history books will forever remember you for this!”

“If you don’t hear from DJ Switch by tomorrow morning, just know they either killed or got her. Check on DJ Switch. We must protest her at all cost. #ENDSARS”

“I cover DJ Switch and everyone still stuck in the darkness at Lekki toll gate with the blood of Jesus.

God over to you, the arm of man has failed us. It’s only you we know! You’re our refuge and our fortress.
Pillar of cloud by day and fire by night.

God we look to you”

“None of Nigerian TV is covering what’s happening in Lekki toll gate. I repeat none!!! Everyone is watching on Dj switch IG live

That was his last words before he passed out, May Almighty Allah grant him Aljanah Firdaous.”