Duncan Mighty in a nine part-post on Instagram, accused his wife, Vivian, her mother, Charity Nwakanma, and siblings, Maria and Bright, of going diabolical to poison him and inherit his properties. 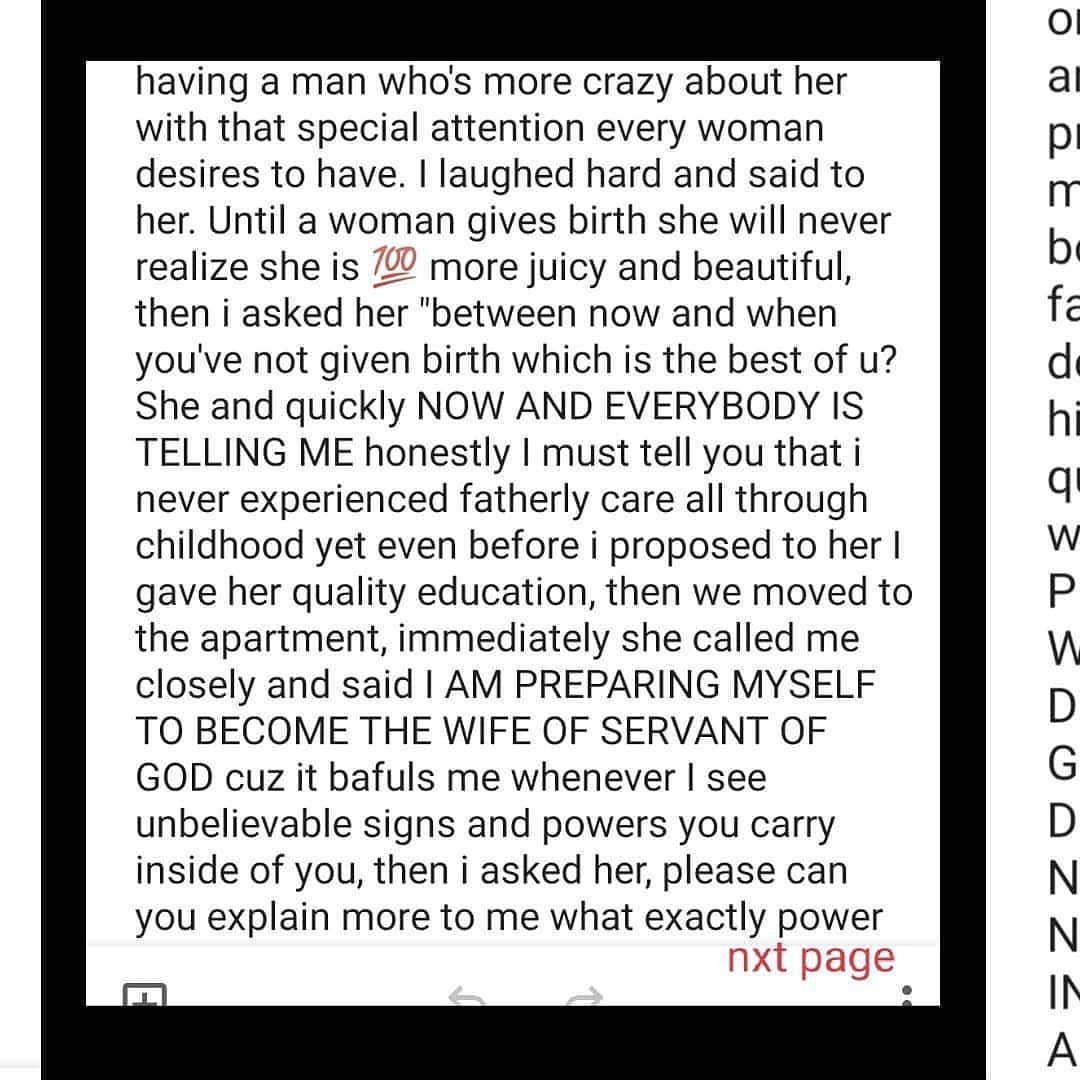 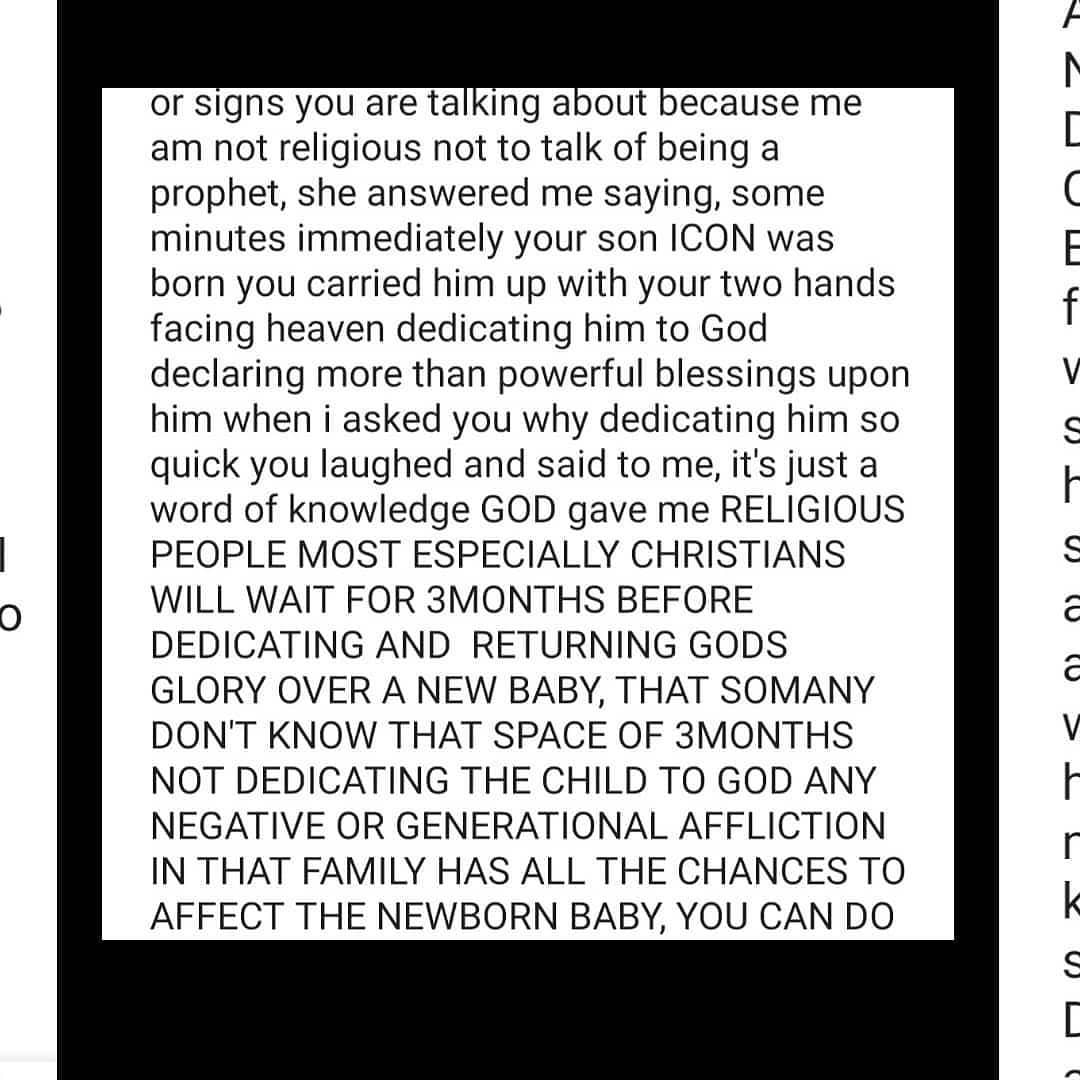 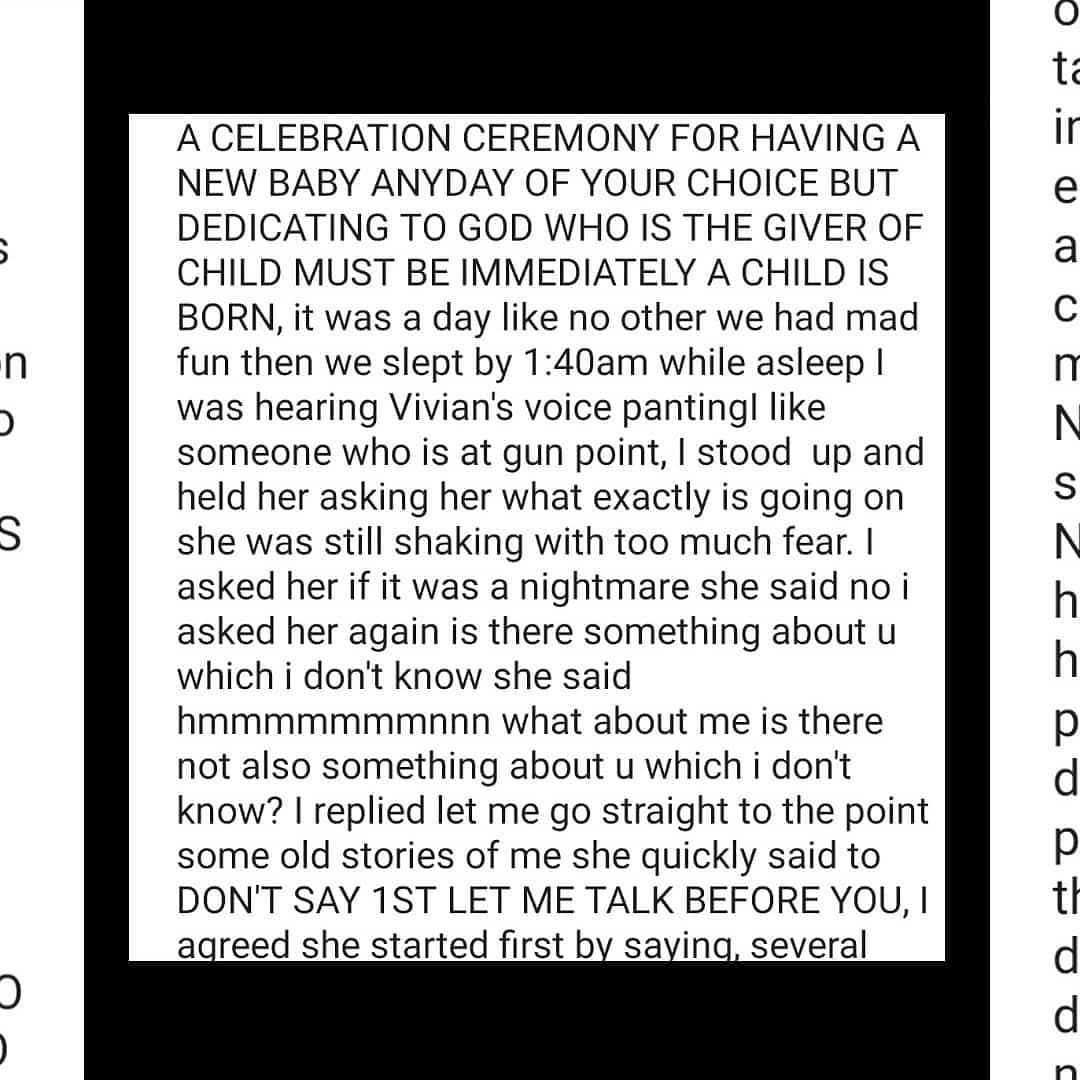 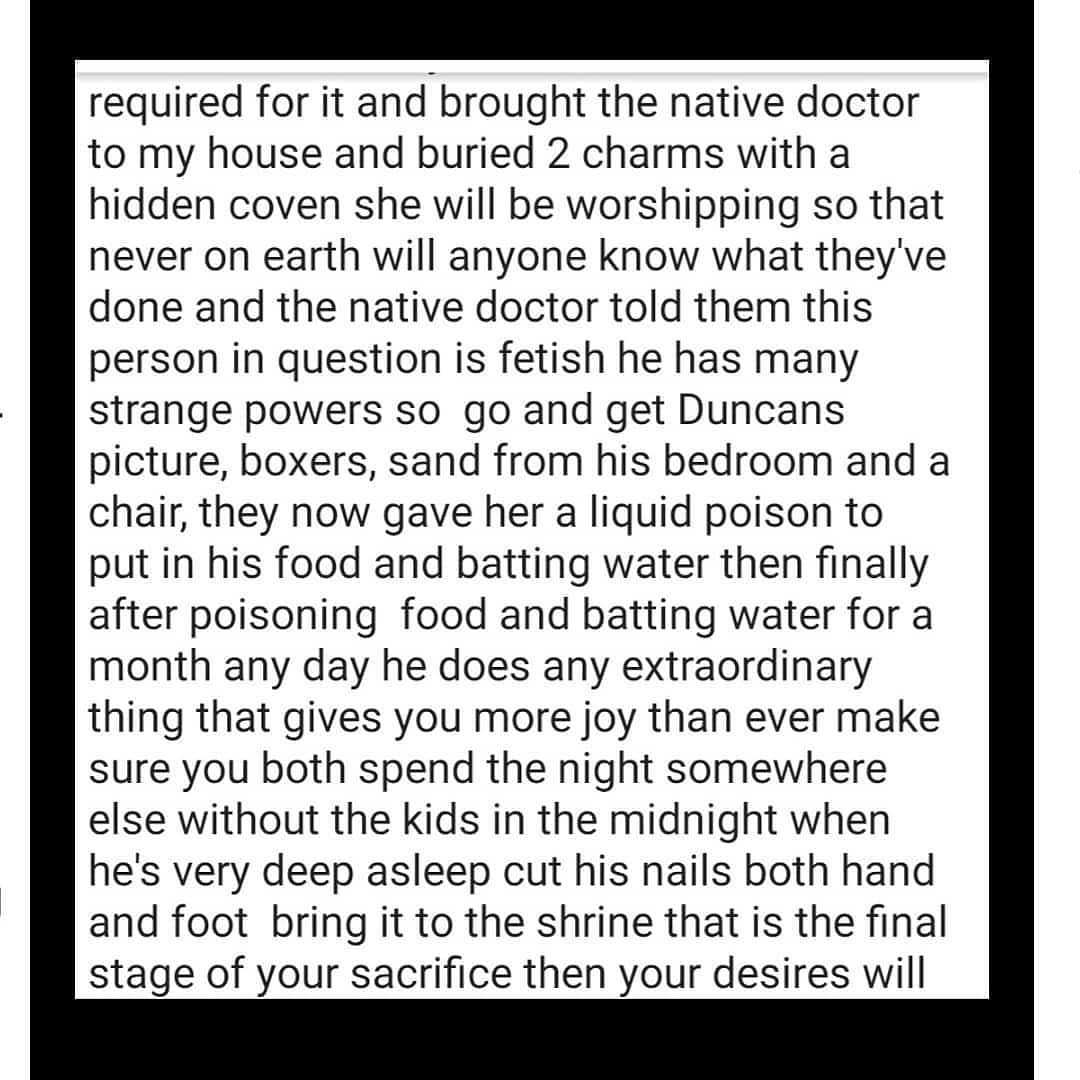 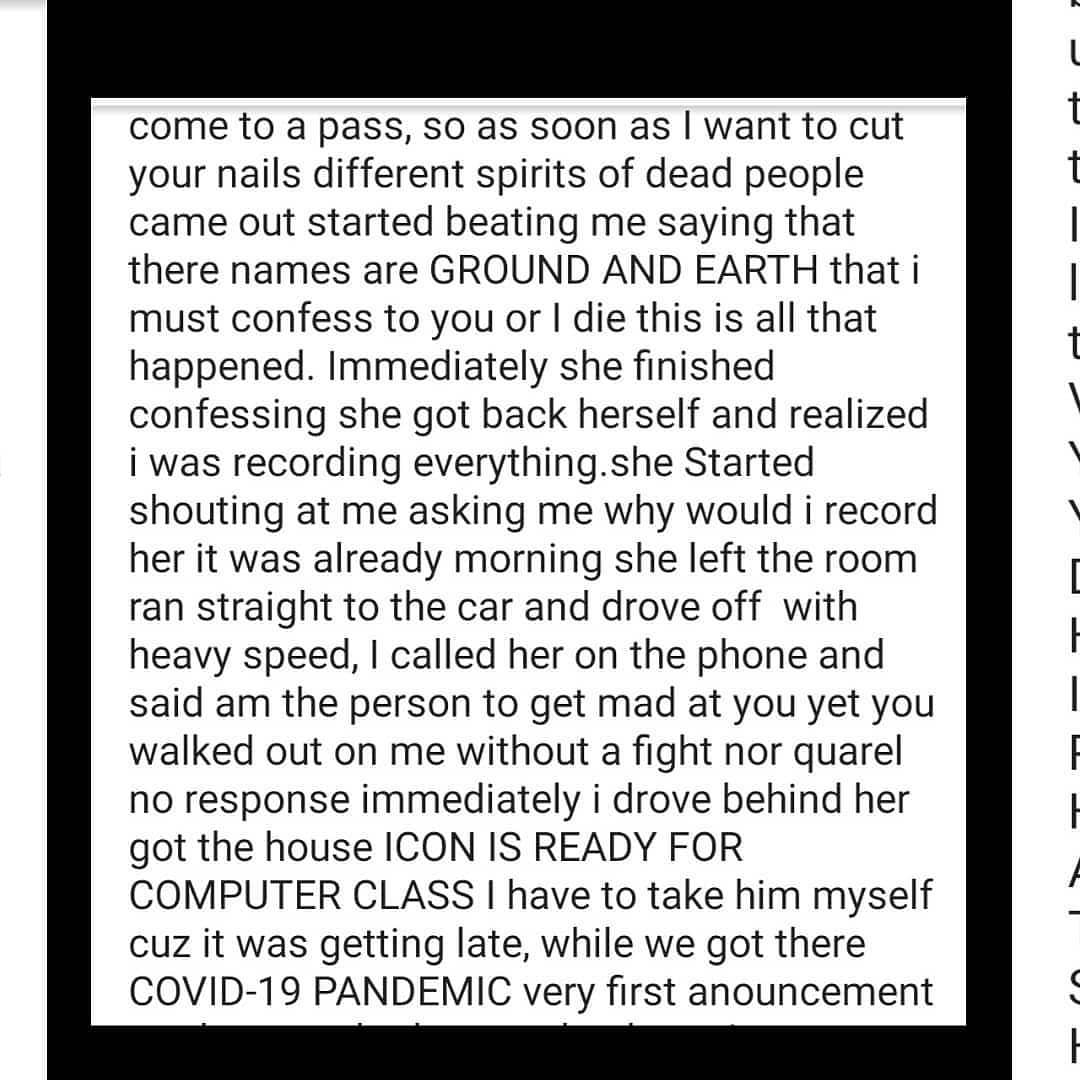 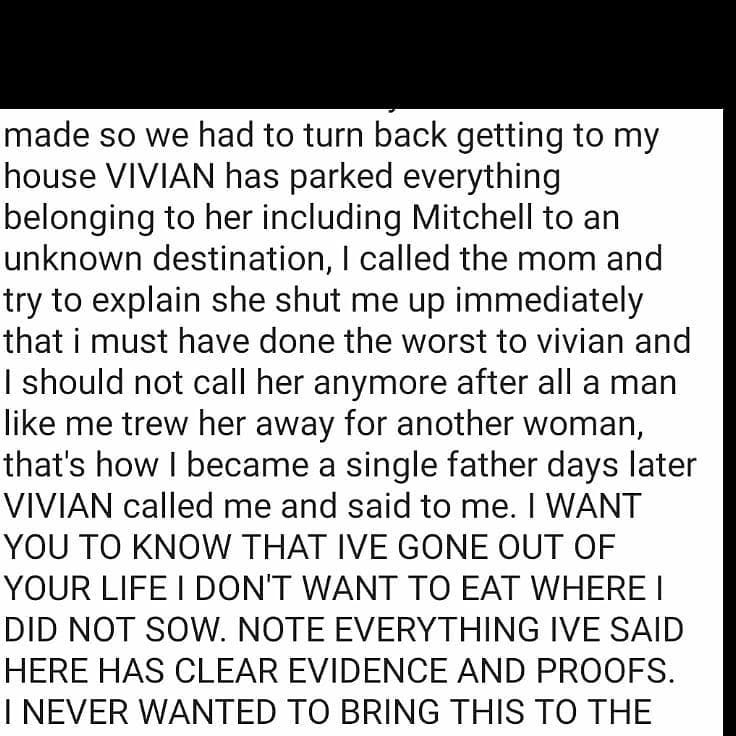 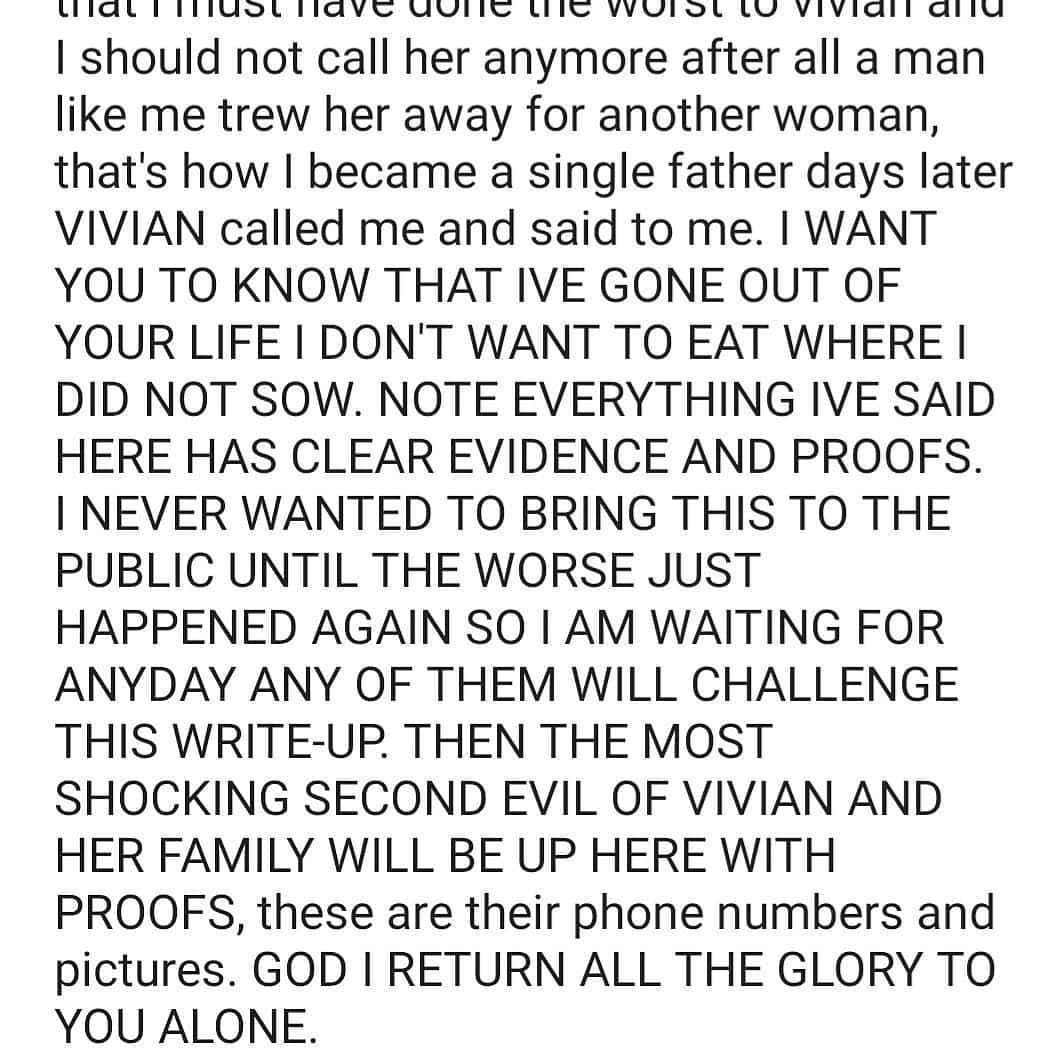 “I do not live with them and I cannot leave my father’s house to go and inherit another man’s property. I don’t understand why he said those things. He said he is the only child but I know he is not. His mother has other children. He also has children outside wedlock, so where is my stake in his property. He has been deleting comments by people who know him. He should stop removing those comments. Would a reasonable person air their family issues in public? Everybody, including his wife, Vivian, are okay. She has children to take care of. He took the boy because that is the only son he has. We don’t want to join issues with him. Let him post his evidence, so the truth would prevail. The truth cannot be hidden. You cannot cover a lie forever.”

The Singer returned with more allegations. This time, Duncan Mighty accuses his wife of infidelity. He claimed that she had slept with two men for ritual that should kill him in near future. He added that the acts resulted to the birth of his daughter, Mitchel. He alleged that DNA test has shown that he is not her father.

Mr FRANK is brights best friend whom is responsible for taking them to the highest and most powerful JuJu. FRANK and Bright are the fathers of Mitchell as DNA has proven me negative.

On the 24th of Nov 2015 five days after ICon was born i gifted vivian a car that night she accessed my phone and saw a N100m credit from the mallam i sold pounds to, she said to me what’s the money for?

I said am building a television station to make Portharcourt entertainment industry come alive, she hugged me and said you are just too humble.

11months later they went to the first juju house and spent 1m which was used to build a hidden shrine, the existence of this hidden shrine is to hide everything they’re doing should incase anyone tries to find out spiritually the person will see another face and not theirs.

The most important thing is neutralize DUNCANS POWERS, Which requires Frank and bright to have sex with vivian, the mom will be responsible for buring the charm and Maria is responsible for feeding the shrine then in exactly 4yrs time DUNCAN will get sick and die. But GOD failed them as that attempt resulted to the pregnancy of MITCHELL.

now the 4yrs has come to pass DUNCAN MIGHTY is still not a SAMSON all failed and the main reason am exposing this Evil is because Mitchell’s life is in danger as they are planning to kill Mitchell for the truth not to prevail,, #asamandontkeepyoursefempty

If woman kill you even hellfire go reject you.

Our Leaders Are Dictators In Agbada – Actress Stella Damasus