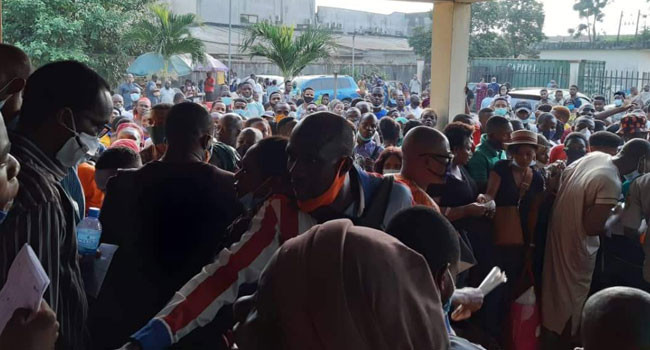 NEWS MAIL NG reports that Minister of State for Health, Olorunnimbe Mamora has said that may be suspended due to the large crowds which have become COVID-19 spreading centers .

Mamora spoke about the NIN registration on Channels Television today January 11 is also a member of the Presidential Task Force, PTF.

“Nobody feels good; I don’t feel good looking at the picture where people are gathered in multitude. It’s like a super spreader event which we don’t like. I’m also aware that the relevant ministry which is the communications and digital economy is looking at this.

My understanding is that the whole process may be suspended so as to reorder the whole process in terms of management of the crowd because it was never intended that it would become a rowdy process like that. So, people may have to wait and be called at intervals to go through the process” Mamora said