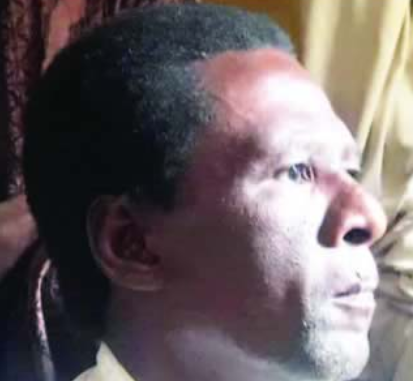 The FCT police command has arrested 45-year-old married man, Mohammed Sani, pictured above, for allegedly sodomising an 11-year-old boy in the Mabuchi area of the city.

According to reports, the victim who is an apprentice at a mechanic workshop, was introduced to Sani by his friend in March and on their first day of meeting, Sani raped him and afterwards repeatedly had sex with him and would always give him N20 to buy biscuits with a warning never to tell anyone.

“When I was at the workshop some months ago, my friend told me to come, saying someone had a job for us. When I got to the man’s place, he took off my clothes and raped me. After he had finished, he gave me N20 to buy biscuits. He told me that if I told anyone, he would beat me. After that day, he continued to do it with me. Sometimes, he would give me N20, while some other times he would give me N30.” the victim said

Sani’s evil act was uncovered last Thursday by the mother of the victim, Mrs Yakubu. She said her son returned late from the workshop and could not provide answers to why he was coming in late and why the clothes he wore were different from the ones he put on when he was going to work.

“Usually, my son closes from work at 6pm and whenever he leaves the shop, his master would call me to inform me. So, I waited for hours for my son to return home. He came back around 10pm, and when I asked him why he was just returning home, he said he had a very busy day. I also noticed that he was wearing an oversize pair of trousers. When I asked who gave it to him, he said it was one ‘uncle’. So, I punished him and asked him about the relationship between him and the ‘uncle,’ but he initially refused to speak. I was disappointed in my son because he used to tell me things. I never expected him to be so secretive,” the widow said

When interrogated, Sani blamed the devil.

“I cannot really explain what came over me. I was not like this before,” Sani said

The FCT police command says he would soon be arraigned in court.