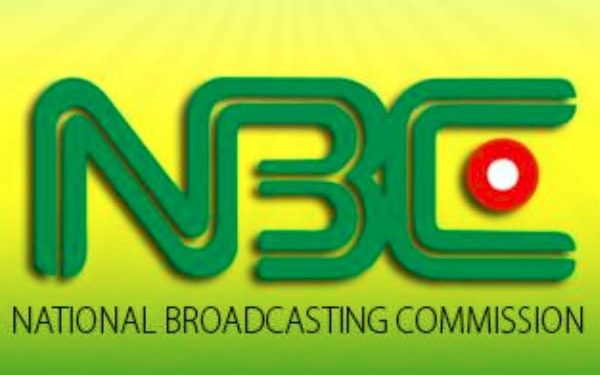 Understandably, conversations around the regulatory framework recently released by NBC the National Broadcasting Commission have mostly revolved around three issues.

First is the desire of the commission to regulate exclusivity of broadcast content and actually outlaw such. Second is to make content sharing, including those created/developed by a broadcaster, with direct competitors mandatory.

Third, bizarrely, is the commission’s wish for the power to make the call on what price a prospective sub-licensee should pay the broadcast rights holder in the event of a dispute.

The rights holder, the amended code also says, must abide by the decision of the NBC, aiming to be a pseudo-socialist agency in a free market space, whether or not it makes business sense.

It requires no great knowledge of the industry to understand that exclusive broadcast rights holders and investors, local and foreign, in creative content will not be jumping for joy. The disgust of prominent figures in this category has been loudly expressed.

But beyond exclusivity, the 6th NBC Code, in my humble view, contains provisions with more far-reaching implications for the wider society, especially as they affect basic rights to information and public input into media content creation, the latter a key ingredient for plurality. Somehow, these implications have been drowned in the din generated by the eminently justifiable discontent about the clauses on exclusivity.

Without proper attention to other provisions not dealing with exclusivity, we would be handing the NBC a license to piss all over us while telling us it is raining. How?

A careful perusal of the Code shows that it contains items that have the appearance of abridgement of basic rights. Section 5.6.1, which deals with unconventional reportage, for instance, warns against the broadcast of user-generated content (UGC) that may “embarrass individuals, organizations, government …….”  Whichever way you slice it, this section fizzes with the desire to curtail the input of Nigerians to media content and the diversity that such input brings to bear on information dissemination.

The inclusion of government among those that should be shielded from embarrassment is particularly dangerous one, as it seeks to intimidate the media into silence. It equally seeks to encourage individuals, organizations and public officials to avoid the responsibility of accountability.

The provision offers government officials refuge under the canopy of “being embarrassed” and is evidently conceived to undermine the obligation imposed on the media by Section 22 of the Constitution to monitor governance and hold government accountable.

Not embarrassing individuals, organizations or government when they are found to have acted reprehensibly cannot be deemed a legitimate objective of the media. Doing so may, indeed, be necessary and desirable.

Different media organizations, including broadcasters, have different policies on the handling of UGC content. Some may broadcast such materials and simply identify them as UGC, while others would themselves verify the information contained in the UGC before broadcasting such.

In other cases, media organizations would identify the materials as UGC and warn their audiences that information contained in such is yet to be independently verified. To impose restriction on any material that falls within the UGC category because it embarrasses an individual, organization or government can, in no way, be appropriate.

Equally dangerous is Section 5.6.5, which seeks to compel a broadcaster to identify the source of UGC. To my mind, this is inflected with a wish to erode the privileges conferred on the media to protect sources that wish to be anonymous and violates Section 16 of the Freedom of Information Act (FoIA), The referenced section of the FoIA states: “A public institution may deny an application for information that is subject to the following privileges (a)   Legal Practitioner-client privilege (b)   Health Workers-client privilege (c)   Journalism-confidentiality privileges and (d)   Any other professional privileges conferred by an Act.”

In Section 11.5.4, which addresses national emergencies, the Code also contains hidden barbs. The section states: “The Broadcaster shall, at times of national emergency, comply with any decryption or encryption order from the Commission.” Failure to do this, the section states, a broadcaster shall be subjected to heavy fines. This is a violation of the right to media independence and freedom and has the capacity to further undermine the right of the media to protect sources.

Similarly, Section 2.127.2, which addresses web and online broadcasting, has the look of a media gag law, as it gives arbitrary powers to the NBC to, among other things, shut down a broadcaster’s operations for violation of the section without an avenue for redress. How the drafters of the Code arrived at this, given that Nigeria is a democracy, is a mystery. The provision is one that seeks to elevate the NBC to the status of a body with quasi-judicial powers.

Crucially too, the Code depicts the NBC as a body high on the fumes of its own self-importance, as it seeks to usurp the functions of other agencies of government, especially the Nigerian Copyright Commission (NCC).  Section 3.18.2(e), which deals with royalties on artistic works, constitutes a clear usurpation of the functions and powers of the NCC.

More offensive is Section 3.18.3 (d), which deems a broadcaster’s non-payment of license fee and failure to obtain clearance prior to use of an artistic work as a Class B offence “without prejudice to the right owner’s right to lodge a report with the Nigerian Copyright Commission for prosecution as well seek civil remedies where applicable”.

Aside the inelegance of the language in which it is couched, the provision is problematic because the Nigerian Copyright Act has dealt with the same issue comprehensively by creating an offence and prescribing appropriate sanctions or punishment. Creating yet another offence through the NBC Code will amount to a violation of a fundamental human right principle: The right not to be tried or punished twice for the same offence. Put differently, the protection against the use by the state of multiple forms of prosecution, which is the rule of double jeopardy.

The NBC comes across as being drunk on its own importance and seeks to suffocate the broadcast industry and many other areas over which it has no control.

Related Topics:6th NBC CodeCNBC Africaconversations around the regulatory framework recently released by NBC the National Broadcasting Commission have mostly revolved around three issues.NBC
Up Next

Nigerian Fish Seller Buys Herself An SUV After NYSC