NAIJA NEWS NG reports that they will be part of the 20-member committee that will supervise the recruitment of 20,000 Lagos youths into the Federal Government’s Special Works Programme.

774,000 youths will work for the Federal Government for three months and each will be paid N20,000 for an unskilled job like sweeping streets, clearing drainages, controlling traffic , road construction etc.

The presence of the daughter of Bola Tinubu and MC Oluomo have made tongues wag . Here are the reactions from Nigerians. 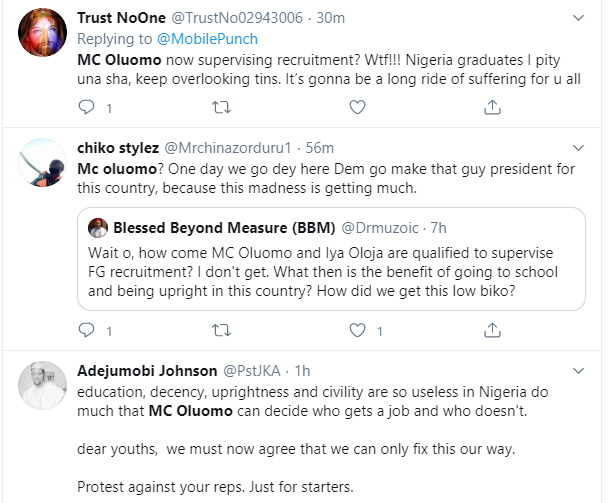 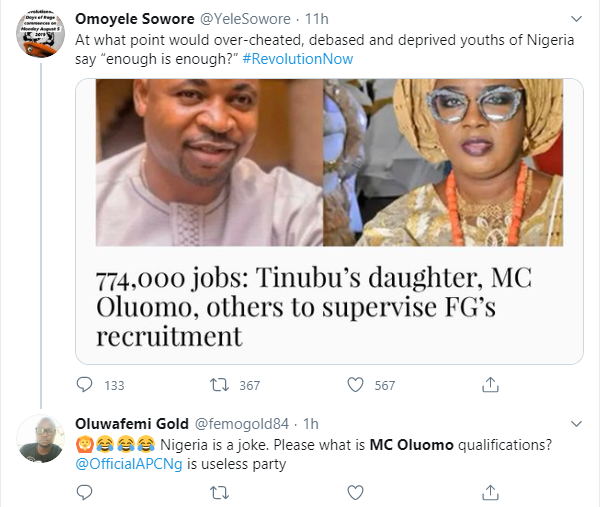