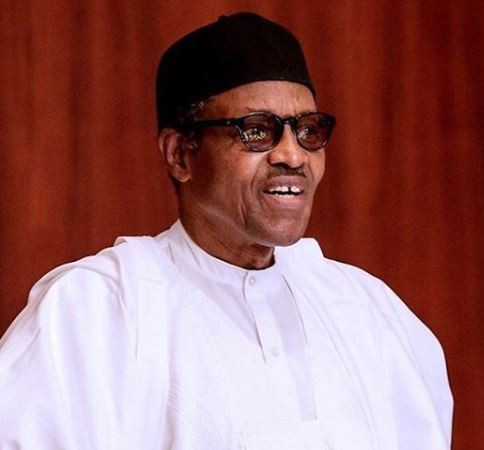 Buhari ‘s five years in office has been analysed by an non profit organisation, NNC .

Naija News NG brings you the analysis . Read it below :

The leadership of New Nigeria Collective (NNC), a non- government, non-profit making organisation, yesterday, at its National Executive Council (NEC) meeting, reviewed the state of the nation, coming at a time the federal government marked its fifth year in office and the first of the second term of the President Muhammadu Buhari administration.

The NNC noted without biases, the weight of the challenges that are currently besetting governments at all levels in the country and concluded that while the room for improvements and inexcusable delivery of promises palpably points to itself, it has not been a poor journey after all, especially, if the situations in other climes are factored into account side-by-side with the current global health challenge, the Covid-19 pandemic.
It was against this backdrop and the growing malcontents amongst a majority of Nigerians, that the NNC objectively dissected the Buhari administration and clearly pointed out THE GOOD, THE BAD and THE UGLY markers that have become the talking points in the last five years.
The NNC also noted without reservation that its resolve to look at the last five years of the administration in totality as against the last one year was borne out of the reality that countries have been challenged significantly by Covid-19 in the last few months, some dating back to late last year.
To that extent, no genuine assessment could be based on the last one year of the administration, when evidently something else had taken attention away from the familiar good governance and the development of the nation. It’s therefore safe for both the government and the people to look at the administration holistically.
Thus, the NNC, at its NEC observed the following:
1. That the response of the Government to the Covid-19 pandemic has been commendable, particularly its successful handling of the same contrary to some of the predictions of doom and gloom by both the local and international observers/experts. The NNC alo noted with a sense of appreciation and motivation, the dedication, commitment and honesty of the Secretary to the Government of the Federation, Mr. Boss Mustapha, who as the chairman of the Presidential Task Force on Covid-19, has led the nation thus far and successfully so. Mr. Mustapha is a positive example of a public servant.
2. That the recent reductions in the pump prices of petroleum products by the administration three times in a row following the slump in the global price of crude oil was a good move, which spoke to the sensitivity of the government to the plight of the people. The NNC equally commended the recent removal of subsidy from petroleum products as a result of the changing global indices, despite its dwindling fortunes.
4. That the NNC recalled that upon resumption of office of the administration, the economy was plunged into recession but that through conscious, critical and tough choices, as well as positive thinking, the administration survived and crawled out of recession and consequently, stabilised the economy.
5. That the NNC collectively stated that whilst the administration might not have achieved much in terms of economic gains, it sure has put the nation on a better pedestal as far as infrastructure development is concerned in spite of earning less compared to the previous administrations. The NNC

alluded to the nationwide railway construction, the 2nd Niger Bridge, repairs and conspicuous rehabilitation of major expressways in the six geopolitical zones as well as the evident developments in the aviation sector.
6. That the NNC commended the recent financial autonomy granted state Houses of Assemblies and the Judiciary. This, the NNC, contended would go a long way in charting a completely different path, not only for the present crop of office holders, but for democracy to thrive better.
7. That the NNC applauded the synergy amongst the three arms of government. Unlike what obtained in the past, the three arms of government not only work together now, they are consistently looking in the same directions in nation’s interest, notwithstanding some of the misgivings that have attended this rare camaraderie.
8. That the NNC further noted the recent financial autonomy granted local government administrations in the country, thus liberating them from the claws and undue interference from state governments
9. That the NNC took judicial notice of the repeated bailouts of states in financial distress. That the Ministry of Budget and Planning, with the cooperation of the National Assembly, has successfully returned the budget to the January to December cycle is worthy of note, as it now allows for prompt response and planning by those whose activities are directly and indirectly affected by the budget.
10. That the NNC described the developments in the Agriculture sector as mind-blowing, noting also that the school feeding programme of the government is a plus that cannot be shoved aside. That for the first time in the history of the nation, people now consume locally produced goods, while local farmers now have gains through government initiatives in agriculture.

However, while pondering some of the downsides of the administration in the last five years, the NNC noted as follow:
1. That the government must address the allegation of lack of transparency in the Ministry of Humanitarian Affairs. That it would be irresponsible to let it slide.
2. That the government should be wary of its constant borrowings for projects that do not have commercial values or that can adequately guarantee a smooth repayment plan, including the cost of servicing the loans.
3. That the NNC noted with disappointment, the constant rivalry amongst some of the inter-governmental agencies, citing the recent drama that attended a disagreement between the Minister of Communications and Digital Economy, Isa Pantami and the Chief Executive Officer of the Nigerians in Diaspora Commission, Hon. Abike Dabiri-Erewa. The development, it said, was reprehensible.
4. That the NNC noted the unceasing insecurity, particularly, the unabated killings in the northern part of the country. While noting the efforts of the security agencies to stem the tide, NNC noted that the situation requires more deliberate actions to stamp the scourge out of the system.
5. That the NNC observed as a low point in the life of the administration, the seeming redundancy of Vice President Yemi Osibajo. The NNC is of the view that the vice-president has a lot to offer and should be deployed to better use. The group also alluded to the alleged nepotism of the administration and advised an appointment spread that typifies Nigeria’s differences as a social entity.
6. That the NNC recognised some of the frustrations and disappointments of the people on some of the actions and inactions of the administration. It, however, solicited support for the government since its failure or success is a brunt that all would bear at the end of the day.