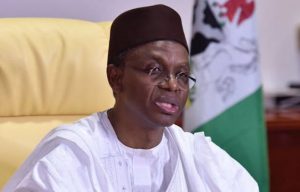 A Woman Might Be Next Governor Of Kaduna- El Rufai

While clearing the air on the rumor on social media that suggests he has already anointed a successor , El Rufai said he hasn’t.

“I have many people working under me which I will want them to replace me because they are all qualified but to say I have an individual in mind, I will say I don’t. Let the masses elect the next leader for themselves and remember, only God can choose a leader.

“I went out to seek for people’s support before I was voted. So, let anybody interested in replacing me to also seek the support of the people. My prayers always is for Allah to choose the right person for the state so that the state can move forward,” he said.