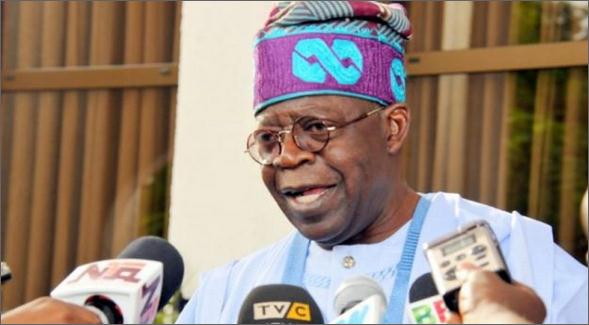 After Meeting With Buhari,Tinubu Speaks On Zoning

The National leader of the APC spoke with Journalists after his meeting President with Muhammadu Buhari.

The former Governor of Lagos who spoke to newsmen after his meeting with President Buhari at the state house in Abuja yesterday January 7, said all attention should be focused on the agenda of nation building and development of Nigeria and not on zoning.

“We cannot use 365 days in a year and 360 to work on politics, it’s not possible. Anybody talking about zoning now is just completely restless and not focused on the agenda of nation building and development of our country,” he said.

“That time is not now. We have just finished one election and Mr President is busy sorting out the Budget, working for the people of this country. Of course, restlessness of politics is going to be there, but any lover of this country will not talk about the succession plan yet. That’s the truth. Concentrate on working for the country, help the President to help the country. There’s nothing more than that.”