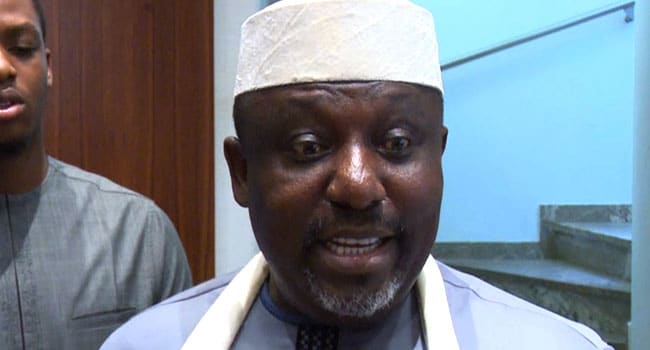 Senator Rochas Okorocha has expressed his feeling on the humiliation of the Almajiri children by the Northerners .

Naija News NG reports that Okorocha while being interviewed by BBC Hausa said the Northern Governors and Elites should transform the Almajiri Islamic education and stop the humiliation of the children who could be Nigeria’s president.

“Many of our prominent people now, were once, Almajiri,” Okorocha said.

“Help to educate these children, give them jobs, who knows one of them could be a President some day,” he said.

The Lawmaker pointed out that the main problems are poverty and hunger.

Okorocha added “The system had its origin from the migration of Prophet Muhammad, may peace and blessings of Allah be upon him. When he migrated from Mecca, some people followed him in search of knowledge and they were catered for. They were not left hungry. They were fed.”

He concluded by saying the children need proper care while the reformation is going on.

“Some of us have excess that others don’t need. Channel such towards enhancing the living standard of such children. They are our children,” he added.

Rochas OKorocha was a former Governor of Imo State, he is also a known philanthropist .

COMMUNIQUÉ ON FIVE YEARS OF BUHARI: THE GOOD, THE BAD AND THE UGLY