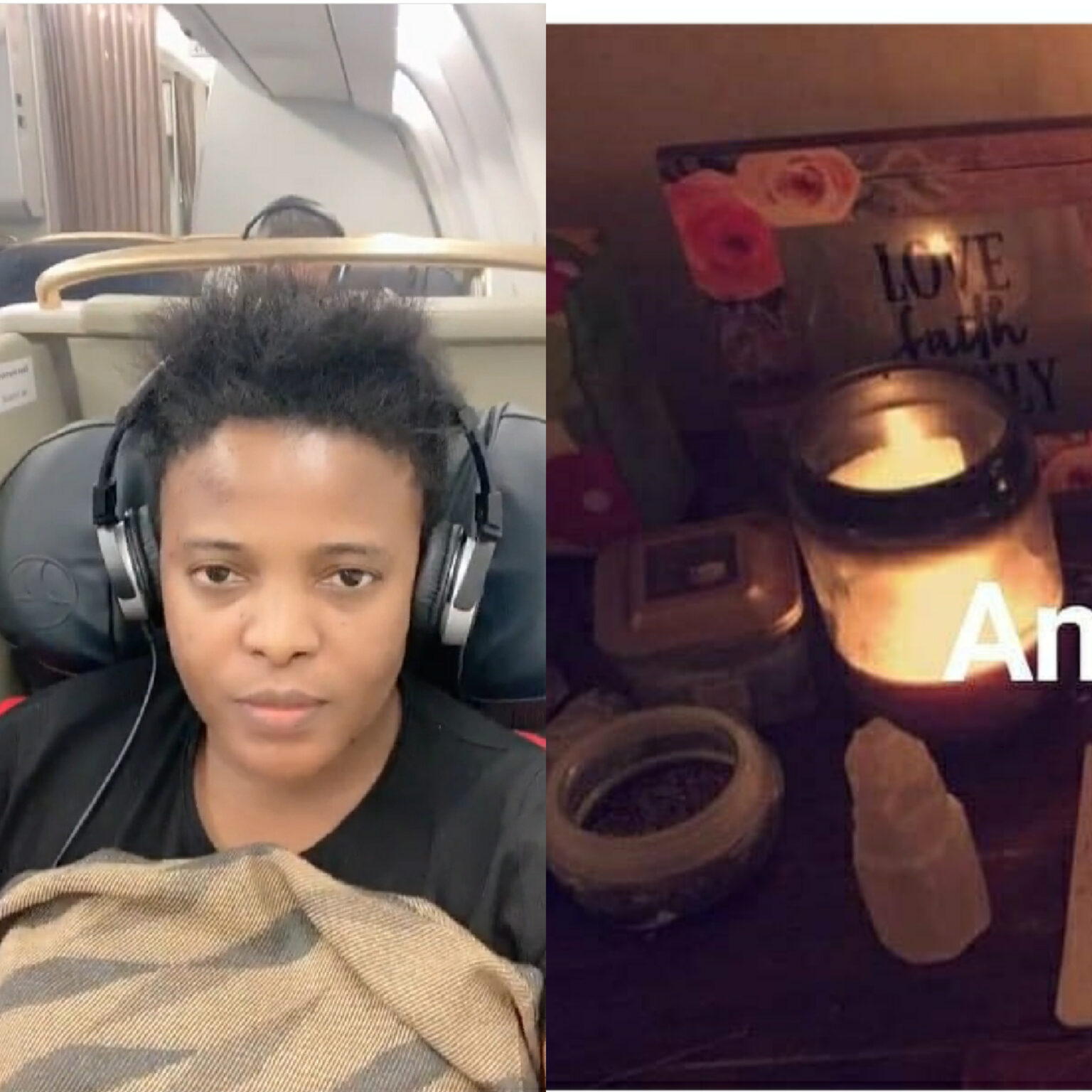 Angela Nwosu the Nigerian self dubbed witch has responded to the allegations of selling fake bracelets and stealing people’s destinies.

NAIJA NEWS NG reports that a fan of hers , Ukoha Esther Kasarachi, shared her experience on having bad dreams after practicing the spiritual tips Angela Nwosu dishes out on social media. Read her experience below : 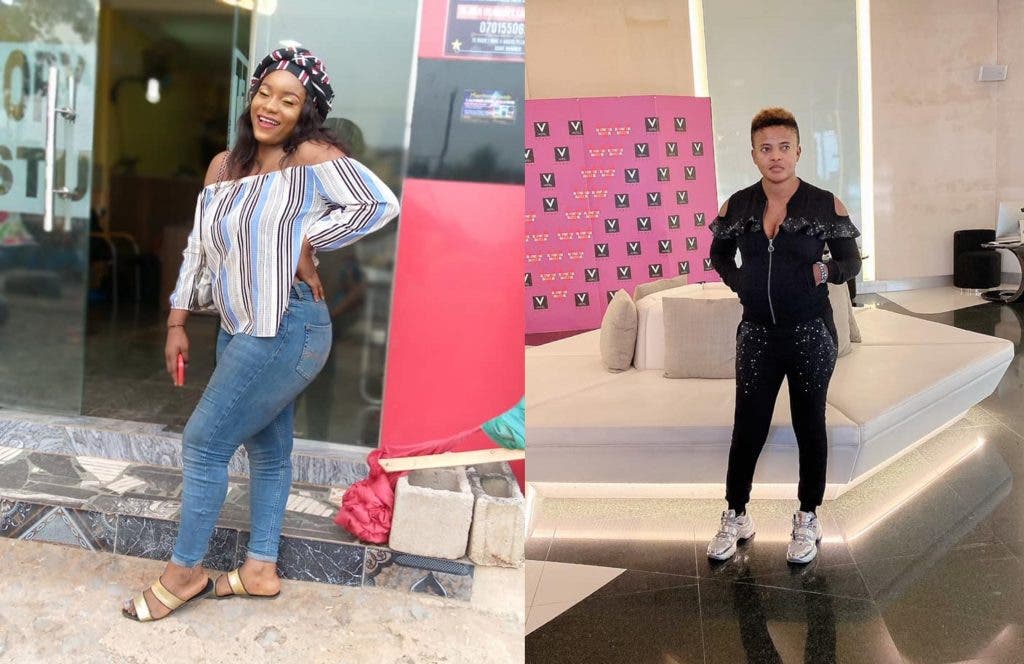 “PLEASE READ! VERY IMPORTANT. I Ukoha Esther Kasarachi publicly denounce ANGELA NWOSU and anything or anyone that has anything to do with her. I’ve been in the dark these past year; my life has taken a different turn. I’ve stopped going to church, stopped praying. Believing that one blue eyes bracelet or any fetish thing would be the final solution to my problem, not knowing I enslaved myself to mental slavery.

I started following this woman since last year, I was a die-hard fan.. I would tackle anyone who says anything about her, her both accounts and page were on my “see first”

My girlfriend Hrm Sandra Eche has talked and talked a lot of times advised me to leave this woman, I no gree. she said I have a shining star and following this woman might tamper with the God-given luck I have, I say for where?

My best friend Uju Hadassah Uju talked and talked, I said nothing can separate me and Angela. Some of my friends became scared of me.. I started practising stuffs I don’t know anything about. I started wasting strength, time and energy. I was saving 30k to use and buy bracelet. I was saving another 50k for scrub.

It just dawned on me that this woman is using us to do business. Before everything she did was right in my eyes till when one of my friends favor that bought this blue eyes 3 times, testified that its scam.

I started being careful till I came across Zobba Zanne Zeus (search this name now now and read make your eyes open) And it dawned on me that I have been in darkness since. I also had one very scary dream about her, I ran to her inbox..this woman read and ignored. E plenty, I can’t remember all of them now. I started having relationship issues…tight financial issues.

She has used giveaways to tie down peoples luck and destinies. Ask yourself what she does for a living that she gives out such money? If you ain’t talking money in her inbox..she no dey answer you. She sells bracelet, scrub, and she said she’s introducing oil. All for what? For good luck? So the God-given luck no do us again. See what happened to this Nigerian after an American lady picked him off the street 19 years ago (photo) I thank God for this realization.

I am never going back. This is an open confession. May God forgive me for placing a mere bracelet above him. I live in Owerri, precisely; I would appreciate anyone who would be willing to help me go to church at least every Sunday. I don’t go to church mainly because I was abused by pastors but I want to try again.” Hmm…Nawao !”

After the post went viral, she deactivated her account and later came back online to clarify the narrative. She wrote :

“Good afternoon everyone,please I’ll like to address something.
The first blogger that carried this story made a mistake and I told him to correct it immediately.
I NEVER BOUGHT HER BLUE EYES,I WAS JUST SAVING MONEY FOR IT,BEFORE NOW.
THE ONLY ONE I HAVE IS THE ONE ABOKI IS SELLING ON THE ROAD I bought 100naira self.
Abeg make Una talk wetin person talk,stop adding lies to it.”
“Thank you to everyone who reached out to me
I am very very fine,I only deactivated my account cause of the much attention it was getting.I hope God sees us all through.
@instablog9ja made sure they added more salt to the story,but the main thing was to pass the message @symply_haddy“
Angela Nwosu has reacted to all the allegations heaped on her. The Nigerian woman appealed to her fans to ignore the lies and not pity her . Read her words and watch her Facebook video below : 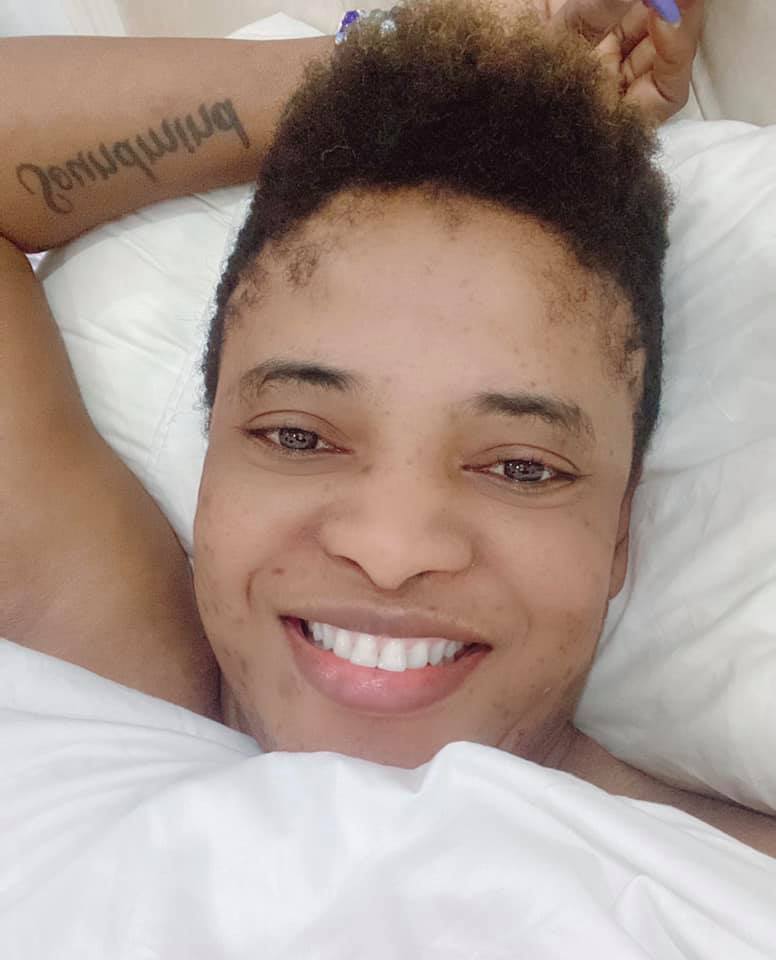 “I have decided to address this dragging and trolls, once and for all. This is me, in all seriousness. Njakiri go back

If you truly care about me, if you are among my genuine fans, kindly watch this video. This is my own side of the story. Spread the message too