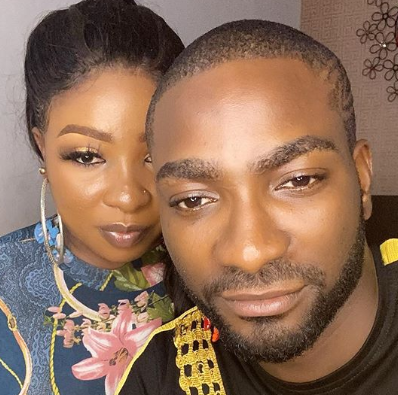 Anita Joseph , Tonto Dikeh and Uche Ogbodo have disagreed on the possibility of a husband to rape his wife.

Naija News NG reports that the Anita Joseph and her husband discussed on Instagram the possibility of a husband raping his own wife. Anita Joseph said that her friend called her for advise on what to do because her husband raped her. Anita argued that a wife can not be raped her husband, she said a wife should be able to satisfy her man but her husband said rape is sex without consent.

Tonto Dikeh and Uche Ogbodo after watching the Instagram video dropped comments, Tonto and Uche said it is very possible for a husband to rape his wife.

Actress Anita in the video faulted married women who say they were raped by their husbands after telling the men they aren’t in the mood for sex.

In the video she made with her hubby, the actress opined that a woman’s body is the food of her husband and should be ready for him whenever he needs to ”feed from it.”

Anita Joseph said the only time she would frown at a husband is when the man assaults his wife just to have sex with her.

You are not in the mood? Open it. When he enters, you will be in the mood” she told married women. 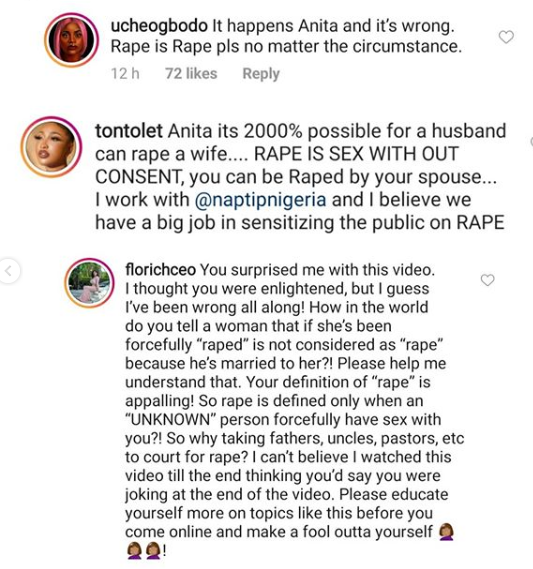