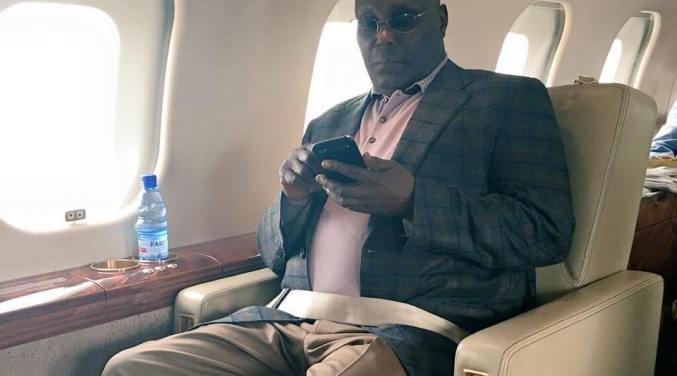 Atiku Abubakar’s son, Adamu Atiku-Abubakar, has hinted that his father will be running for president in 2023.

Naija News NG reports that Adamu who is the Commissioner for Works and Energy in Adamawa revealed his father’s 2023 ambition while presenting his scorecard under Governor Ahmadu Finitiri of PDP.

He said, “Personally, I don’t see anything wrong with my father contesting for the presidency. In 2023, my father will be aspiring to the number one office in the land because he has been an astute, strategic,  master politician for almost four decades.”

Adamu also said : ” Fintiri’s administration  has surpassed the expectations of many in the state who were surprised that given the tight liquidity constraints, Fintiri  could still meet most of its campaign promises to the electorate.”

On why he joined politics late, he said he was following his father’s wise advise to first spend more quality time in the private sector to gain quality experience before joining public service.

He conclude with possibility of contesting for Senate.

“I am basically here to serve my people; if I am called by the people back home to run for the Senate,  I don’t see anything wrong with that.”