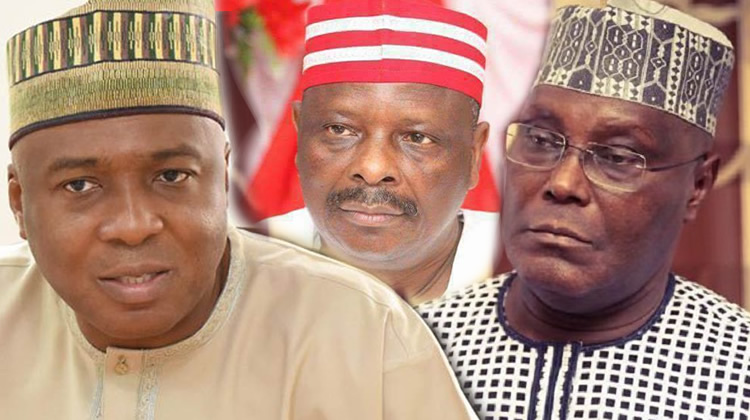 Atiku Abubakar’s Spokesman , Paul Ibe said his principal can not return to a sinking ship. This is coming as a response to All Progressive Congress’ open door policy statement after the return of former House of Representative Speaker, Yakubu Dogara and Barnabas Gemade.

When contacted by Daily Trust, the aides of Atiku , Saraki and Kwankwaso stated it clear that their bosses do not have any intention of returning to All Progressive Congress, APC NAIJA NEWS NG learnt.

“It is not true. His Excellency Atiku Abubakar will not return to a sinking ship. All of these shenanigans are to distract Nigerians from its (APC-led government) monumental failures at governance that has left our people poorer to the extent that we are now the poverty capital of the world,”  Paul Ibe said.

“Its leadership of the last five years has left our country more insecure and more divided than at any other time. Its policies have made more people jobless and compromised our sovereignty. “Going back to the APC is like willingly opting to go to hell,” he added.

In the same vein Bukola Saraki’s media aide said his boss and his family are currently abroad and have no intention of dumping Peoples Democratic Party, PDP.

“They want to divert people from their party crises and the failure of the Buhari-led administration, hence the diversionary tactics. Dogara has a unique problem with his governor. There is no plan between oga and the former speaker on this defection. The PDP is better than APC. APC is not attractive to anybody now,” he said.

Kwankwaso’s Spokesman , Comrade Aminu Abdussalam also said no right-thinking politician will join the APC that is on the verge of disintegration.

“To the best of my knowledge, I’m not aware that they have consulted His Excellency, Engineer Rabiu Musa Kwankwaso. Engineer Kwankwaso is a bonafide member of the PDP. More so, how do you expect anybody in his right senses to join APC at this material time?

“APC is on its downward journey, the party is at the state of disintegration, it is suffering from self-inflicted injury and there is nothing they can do now to rectify it. They have destroyed everything and compounded our security problems.”

Comrade Aminu Abdussalam  also accused the APC of making Nigerians suffer since it took over power about five years ago.