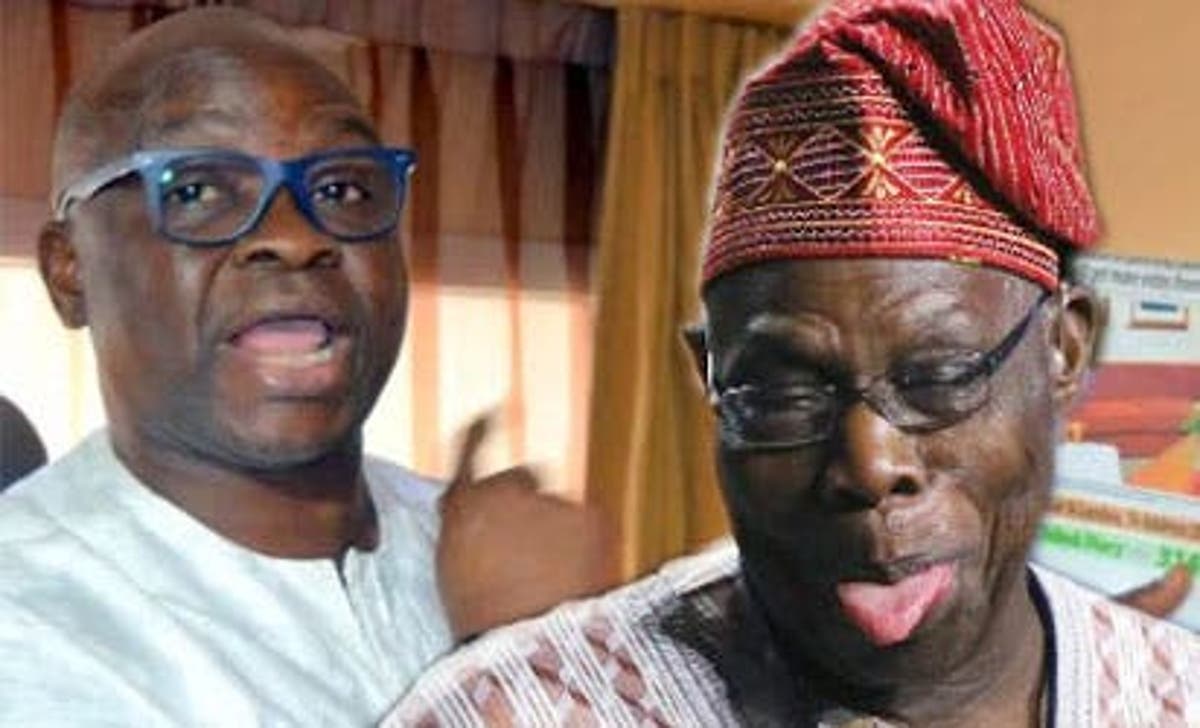 Former President Obasanjo responding to the sad news of the death of Buruji Kashamu said he escaped justice while alive but couldn’t escape death .

NAIJA NEWS NG reports that in a statement signed by his spokesman Kehinde Akinyemi, Obasanjo said while Kashamu’s death was “sad”, his life and history left “lessons for those of all us on this side of the veil.”

“Senator Buruji Kashamu in his lifetime used the maneuver of law and politics to escape from facing justice on alleged criminal offence in Nigeria and outside Nigeria,” Obasanjo said.

“But no legal, political, cultural, social, or even medical maneuver could stop the cold hand of death when the Creator of all of us decides that the time is up.

“May Allah forgive his sin and accept his soul into Aljanah, and may God grant his family and friends fortitude to bear the irreparable loss.”

Former Governor of Ekiti State, Ayo Fayose reprimanded the elder statesman for saying such about a dead man. He challenged Obasanjo to swear he never had any deals with Kasamu at sometime in his lifetime. Read his words below :

“I commiserate with the family of Senator Buruji Kashamu for this irreparable loss and pray for the repose of his soul. The Almighty God will console those he left behind.

I also condemn the statement made by former President Obasanjo on his (Kashamu) death.

It is regrettable that Obasanjo could say what he said about Buruji Kashamu after his death and when he can no longer question him. Why didn’t he say that when Kashamu was alive?

Can Obasanjo say in good conscience that he did not at some point collaborated with Kashamu and most of the things he (Kashamu) did politically were not with his collaboration?

Nigerians will watch out for Obasanjo’s own end. He should stop forming saint because he is not. He should also remember that his own end will come too and nobody knows how the end will be.”