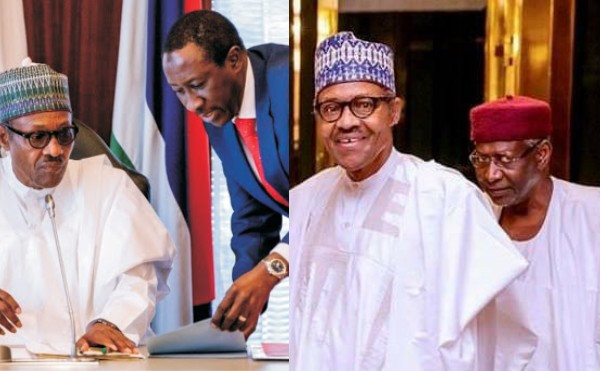 It has been revealed that the fire behind the smoke in Aso Rock is allegedly a juicy police equipment deal the NSA, Babagana Monguno and Abba Kyari are fighting over !

A document obtained by Premium Times revealed that Babagana Monguno, a retired major-general lashed out at Kyari for allegedly overriding the President’s directive in procurement of equipments for the Nigeria Police Force from a firm in the United Arab Emirates.

The NSA who insisted that such acts can make Nigeria look like an unserious nation before a reliable international partner, described Kyari’s action as “reckless and irresponsible” in the letter dated December 9, 2019 and addressed to the police affairs minister and police inspector-general.

Recalling how Kyari has been getting away with disregarding presidential orders and imposing his own decisions even though he has no constitutional power to issue directives on matters bordering on security, Moguno reiterated that only him has the constitutional power as the head of multiple national security panels and defence minister to act on security matters.

Here are the documents below;