Basketball legend, Shaquille O’Neal has slammed Kanye West after the rapper dragged him into one of his rants .

by Admin
in World

Basketball legend, Shaquille O’Neal has slammed Kanye West after the rapper dragged him into one of his rants .

Naija News NG reports that Kanye West via his Twitter handle after Brooklyn Nets suspended Kyrie Irving for promoting a movie and a book with anti-Semite idea.

Kanye, who has been dropped by many brands for his anti-Semitic remarks, posted a headline where Shaq calls Kyrie an “idiot” for his actions.

In his caption, Kanye said that the media and powers that be are pinning African Americans against each other.
Kanye also went on to reveal a business partnership Shaq has with billionaire Jamie Salter, who is Jewish. Shaq didn’t appreciate being dragged into the drama by Kanye so he blasted the rapper with his own words.

Shaq responded to Kanye’s tweet, writing: “Believe me you don’t know me like that. Worry about your business, and to quote the once great Kanye west, ‘I got more money than you, so why would I listen to you’ take my advice get your family business in order. Have a great day brother.” 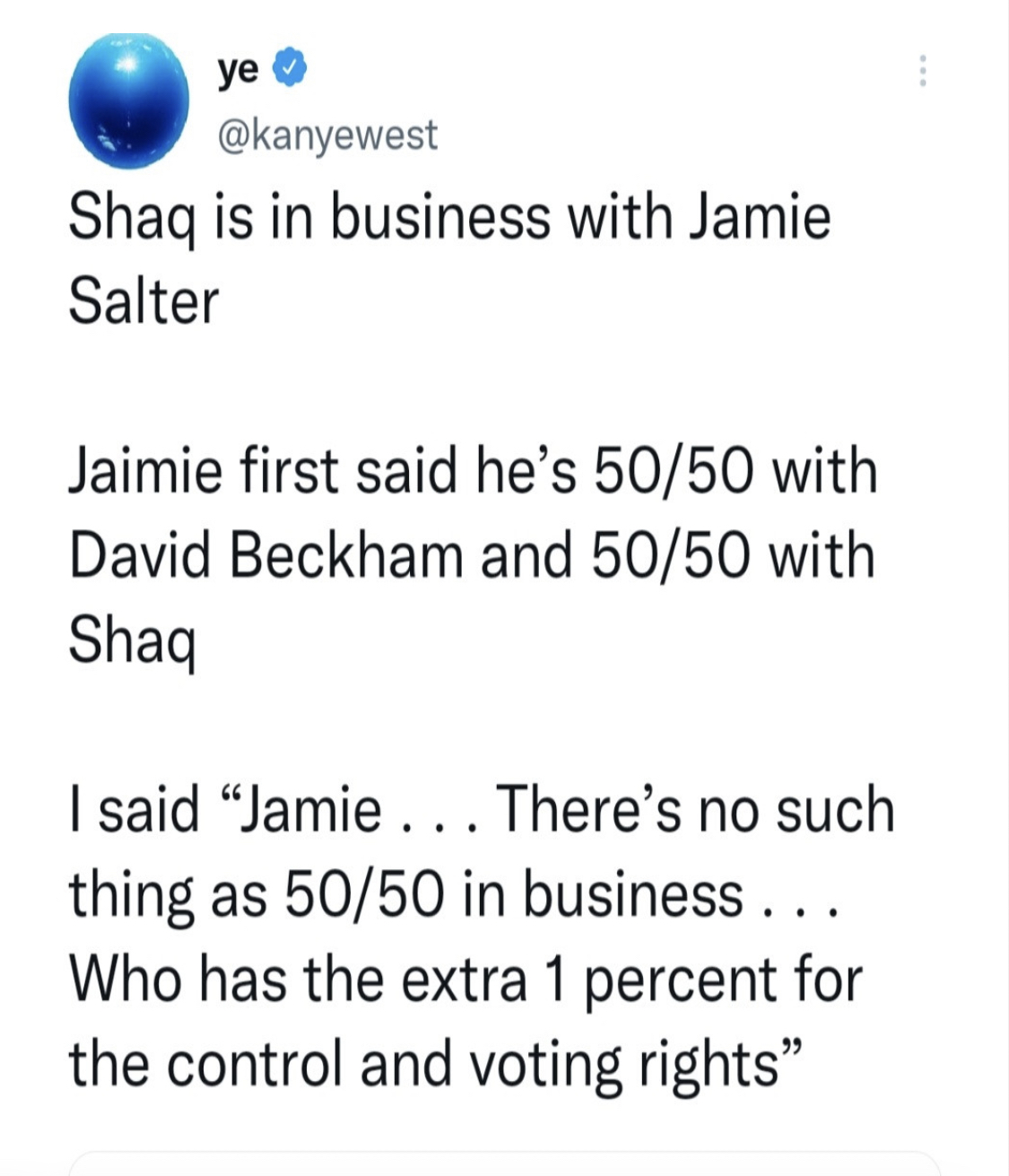 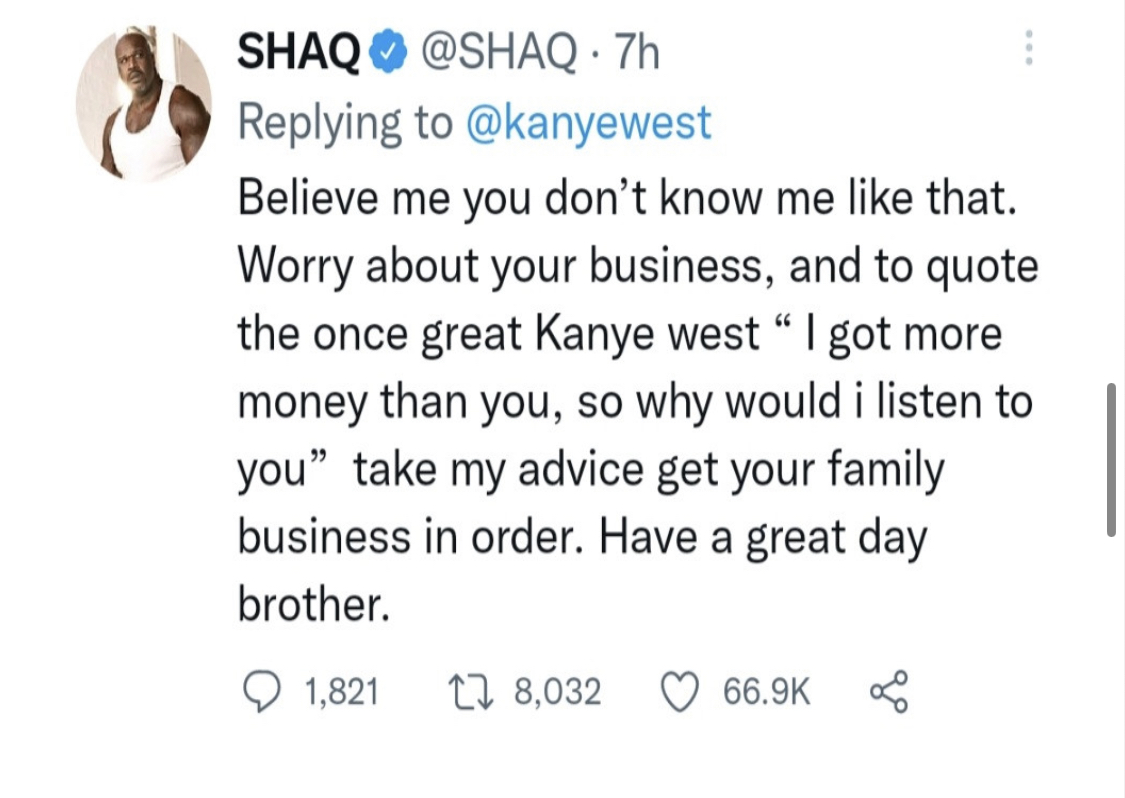