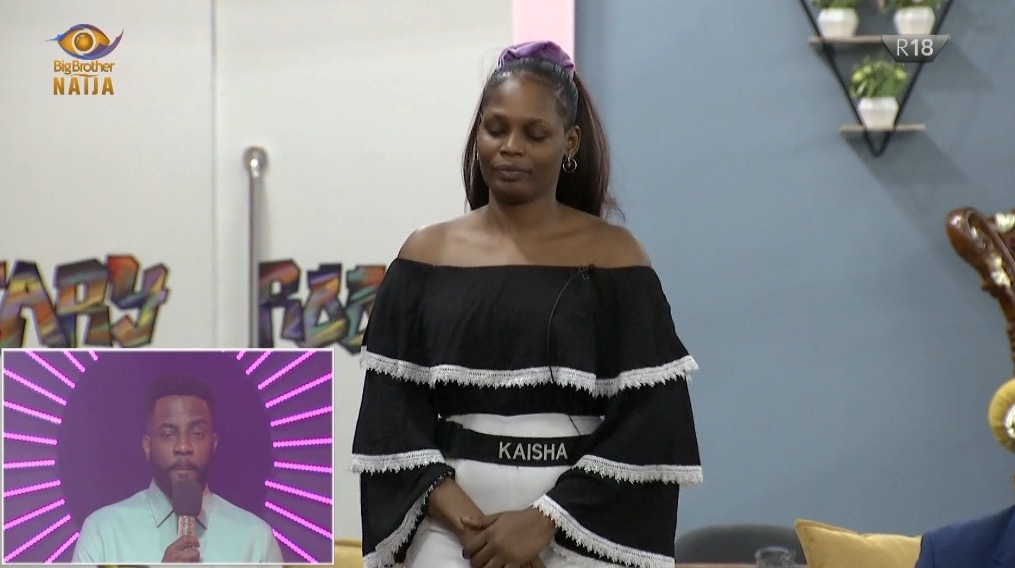 The new BBNaija eviction process has angered Nigerian fans of the reality show. They have been crying out since Kaisha left the house.

Kaisha’s eviction shocked most BBNaija enthusiasts who didn’t understand why Big Brother would put the fate of Kaisha who is hated by almost all housemates in the hands of the same people who hate her. They argued and asked Ebuka Obi-Uchendu why Kaisha who got more votes than three others who were up for eviction was kicked out.

NAIJA NEWS NG has curated there tweets , read below :

While tweeting Lilo, CeeC, WAEC & “BRING BACK OLD VOTING PROCESS”, here is how the housemates voted to evict #BBKaisha from the #BBNaija show last night.

“This year’s eviction process is just Nauseated faceNauseated face how can someone with high vote be evicted while those with lower votes
are locked up in the house oh wrong nao!!! #JusticeForKaisha”

“Tacha, Efe and T Boss wouldn’t have reached top 5 with this method of eviction.”

“Big Brother has ruined this game when he decided to introduce a new eviction process which is unfair on some housemates like Lilo and Kaisha.”

“#JusticeForKaisha why will BBN leave the fate of Kaisha who is obviously hated by the entire housemates for some unexplainable reason in the hands of the same housemates, while going by the public opinion/votes, Neo was supposed to be evicted as the least voted”