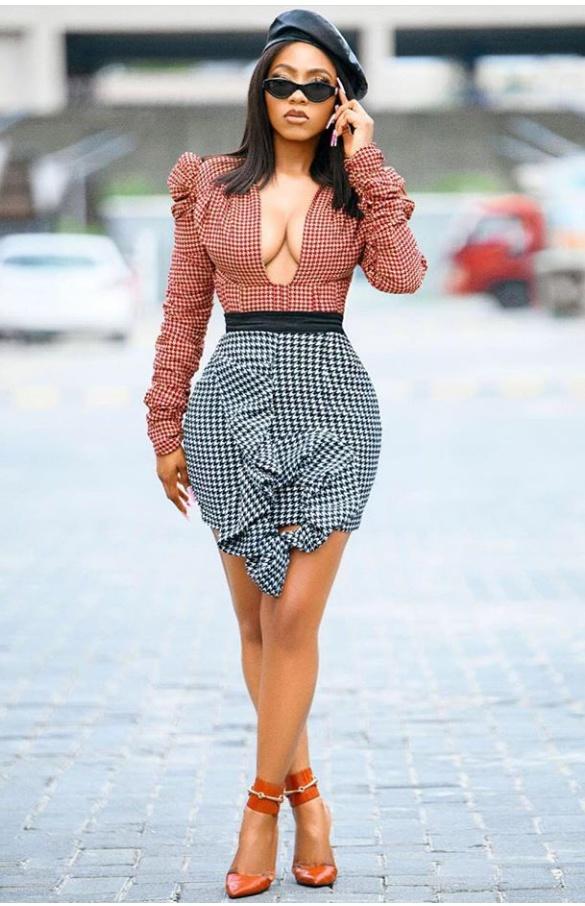 Mercy Eke the winner of the last BBNaija show, Pepper Dem season has angrily said that she is not jobless to sit down from morning to night watching the Big Brother Naija show.

She said, “Those of you tagging me to like or support who you want, are you mad?”

The statement by Mercy Eke rubbed off badly on most of the fans of the show. They descended on her on Twitter.

Here are some reactions as curated by NAIJA NEWS NG

@EffaEkun ”I hope you guys that love fighting strangers and your friends over big brother can see what mercy said.”

@goekaycee ”Mercy no suppose talk this kind thing. It’s the jobless ones that voted for her. This is uncalled for.

@Mary_liar ” That video Mercy did has to be the most unnecessary thing. You aren’t jobless like us to be watching t.v but people voted for you in the same game, talking about I’m too busy getting shit done like a Donjazzy no get work. smh.”

@Medusa ”No one would have known Mercy if she didn’t go for Bbnaija. She can’t act, sing, dance, or even speak correct English. Who is she to say she’s too busy for BBN. So we that voted for her are jobless na. Nonsense.”

@iamking_lammy ”So those that supported you during your turn no get work ba. See this life ehnn!!”

@mrpaulson ”Laughing out loud to those who voted for her last year.”

@Chisom ”I laugh in Mercenaries.”

@ayoqaa ”If others were this busy no one would have known your shit ass.”

@hajiabeeha ”Ungrateful thing, if people were too busy will you win?”