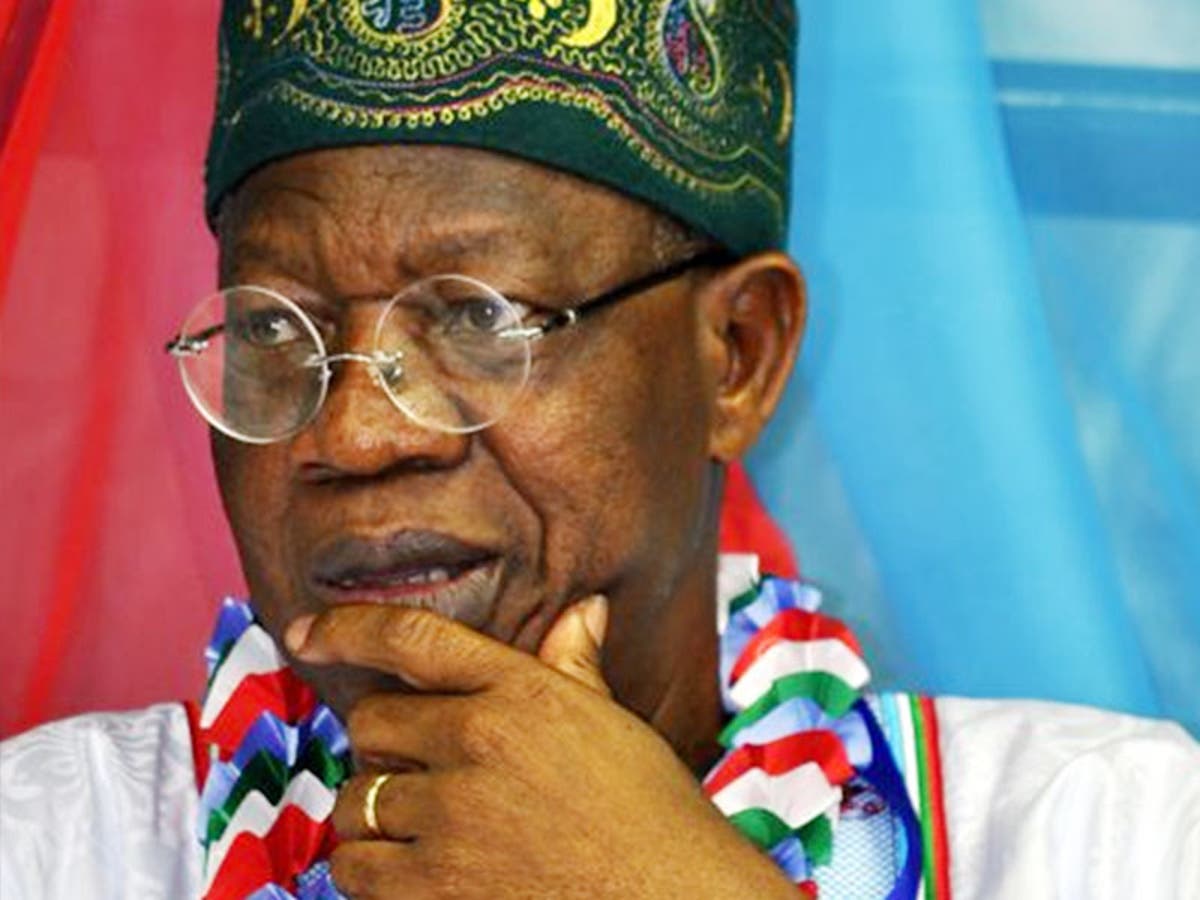 Nigerians have accused Information and Culture Minister, Alhaji Lai Mohammed, of forcing the producers of BBNaija to shoot the show in Nigeria in order to kill it.
Late on Friday, a report by thecable.ng revealed that the minister had directed the acting Director-General of the National Broadcasting Commission (NBC), Dr Armstrong Idachaba, to shut down the facility hosting the show and bring it to an abrupt end.
According to the report, the minister told the NBC to bring the BBNaija to an end on the excuse that it is being held in violation of the Presidential Task Force on COVID-19 directives.
The news sparked angry reactions on social media platforms with many commenters saying the minister’s 2017 agitation to have MultiChoice, the show’s producers, shoot BBNaija in Nigeria was the beginning of his plot to kill the show. In 2017, Mohammed directed the NBC to investigate the circumstances surrounding the shooting of that year’s edition in South Africa. The minister wanted the broadcast regulator to determine NBC should determine whether MultiChoice’s decision to shoot the show in South Africa had breached the Nigerian Broadcasting Code in any way.
“As a country of laws, only the outcome of the investigation will determine our next line of action,” he said.
He also claimed that concerned Nigerians bombarded his office with calls to complain about the shooting of the show outside Nigeria.
Tweeting from the handle@jennyxtian, a Twitter user wrote: “I was happy when MultiChoice decided to shoot the show in Nigeria and praised Lai. I didn’t knw he was plotting to kill the show.”
Another Twitter user, tweeting from @ofogiri141, wrote that he has always suspected that minister and Director-General of the National Orientation Agency (NOA), Otunba Olusegun Runsewe, are minded to make Nigerians unhappy.
“Lai and Runsewe don’t want to see Nigerians happy. When its time to be clowns, both men never disappoint,” she posted.
In following tweets, she wondered why the NBC will sustain a charge of COVID-19 protocols violation when Federal Government officials attended the funeral of the former Chief of Staff to President Muhammadu Buhari, Mallam Abba Kyari. She also cited examples of political activities in Edo and Ondo states, which have seen safety advisory routinely ignored.
On Facebook, the attack on Mohammed was similarly unsparing, with posters saying BBN should not be the focus of the government, given staggering revelations of corrupt practices at the Niger Delta Development Commission (NDDC), North East Development Commission (NEDC) and unrestrained banditry across the country.
A Facebook user, Goodluck Ilajufi Ebelo wrote: “We didn’t hire Buhari to cancel BBNaija . Face the economy and the insurgency. Let our young people have fun.”,
Also posting on Facebook, John Ishaku, wondered how Nigeria slipped into the situation it currently is.
“Of all the problems bedevilling the country, is it BBN that is Lai’s concern? He threatened to stop the show last year. I wonder where Buhari got him. Mtcheeeeeew,” wrote Ishaku.
In similar vein, Tosan Igbene, wondered why the minister would want to shut down the Big Brother House when he campaigned to have the shooting done in Nigeria because of its potential to help the economy.
“When it was hosted in SA, Nigerians/FG complained that it was supposed to be shot here because it would help the economy. Now, they have brought it here and they want to sabotage it. Where did we get this kind of people? Who did we offend?” he asked.