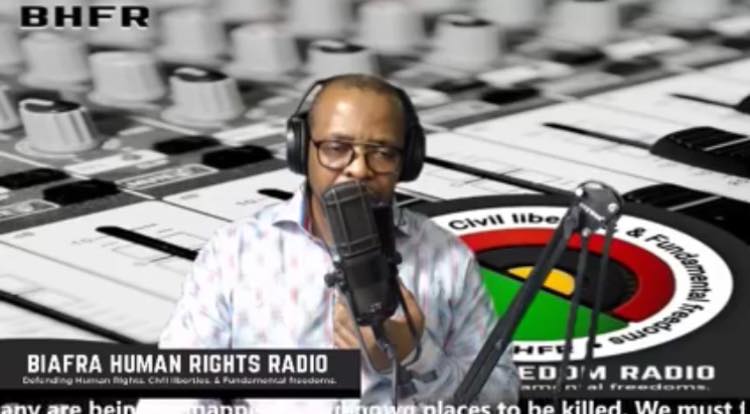 Former Deputy Leader of proscribed Indigenous People of Biafra, IPOB , Uche Mefor, has said Biafra will not come in 2020 as promised by Nnamdi Kanu.

NAIJA NEWS NG brings you the analysis of a Facebook user, Okereke Chinakaramokwu, who followed Uche Mefor’s live broadcast. Read his words below :

“I listened to this mans live yesterday! I also heard from different callers! Some people were commenting that the calls was arranged. Lol, Some were raining insults on him, our people should know that it doesn’t work that way, as NdiIgbo we are, we’re the solution people, what the solution people should do is to think and analyze everything and make a fair judgement! Yes, at some point Uche Okafor-Mefor Lied and that his lie, prompted me to start commenting on the live, and he was reading. One caller asked him some critical question, I commented mefor would never answer that question and he did not, he started coughing, he was trying to withdraw himself by asking so all this is happening in IPob that he never knew? You never knew what nwanna? When you’re the deputy leader for more than 12years, you never knew and you still come out to say iPob leadership has deceive people with lies, blackmailing and fake news. Who’s IPOB leadership if I may ask you
Uche Okafor-Mefor

. Uchemefor you’re the deputy leader, and many people that was Sanctioned, blackmailed and lied against by IPob leadership before you came out to speak were you not the one that pronounced them on radio biafra? Were you compelled to make the announcement even during the period Kanu was in prison? So what are you saying? Now!Uche mefor, you concluded by saying if all this have been happening in IPob then the Biafra we seek is still very far, that Nigeria would be better than it. You finally said that Biafra is not coming this December. Whereas y’all the iPob leadership claimed it would come few months ago and all your followers were happy and circulated it. Let me end it here.

Umuibe before mefor started going live on his Human right radio, I made a post about him, that he’s basically telling us that there has never been struggle like Biafra going on, Isn’t Uchemefor now in better position to tell you that? and if you can’t still see it from what he said so far then you really have some work to be done on your Agwunshi, so your thinking can reset. Please is no joke, cause if we don’t face reality now, it would result to us killing ourselves! Look, mefor may even don’t know what he’s doing to himself, that’s how it happens when someone is helpless, Just forget everyone of them let’s move on and achieve our freedom, you all should embrace our root, you will see that we would collectively get the freedom one touch. Anyi bū ndi Igbo. Igbo ka anyi ga abugide!
Udonu!”

Related Topics:BiafraIPOBUche Mefor
Up Next

Lufthansa resumes its flights to Nigeria connecting Lagos and Abuja