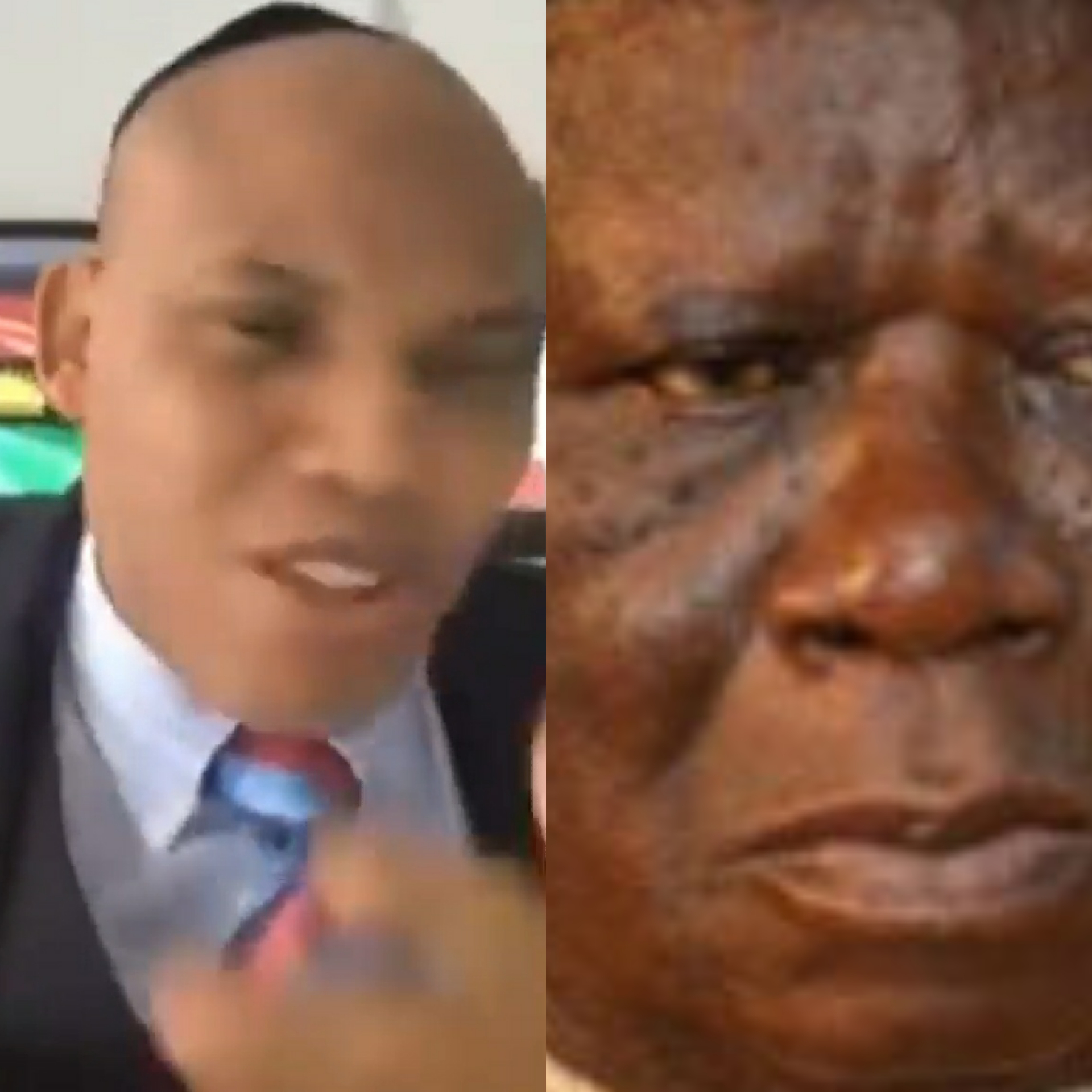 Naija News NG brings you exerpts from broadcast . “I now come to the issue of Niger Delta , I want to show you how stupidity works in the Zoo called Nigeria. An open letter to Muhammadu Buhari but the man writing the letter knows Buhari is not there, have yo see the hypocrisy of those who call themselves elders ? This letter was written by Pa Edwin Clark . He was a traitor during the war, he sold Biafra, he was a very terrible man. They said they don’t want Biafra, Igbo man will dominate us but now after 50 years nothing has improved in where he comes from, he is now writing a letter to a 30 years old meanwhile he is 93 and I wish him a happy birthday anyway. ”

“Which president is he writing to, the one in the grave in Saudi Arabia or this Aisha’s boyfriend?” Nnamdi Kanu asked while reading out the letter.

“I want to ask Pa Edwin Clark, you said you have served Nigeria for 70 years, in that 70 years is there any running water in your village, is there any hospitals ? Sorry you made sure that all the money from Biafraland built Abuja while our mothers are going to the stream to fetch water to drink. What did you do for 70 years apart from being an informant for Fulani . You are writing things are not working in the South South, he is an elder , learned and he doesn’t know that South South doesn’t exist in any part of the world except in their imagination.”

On the origin of the Ijaws Nnamdi Kanu said : “I thought you said an Igbo man is your problem, an Igbo man that thinks an Igbo man is his problem. Where did Ijaw people come from if not Igbo, from where I ask you, Ijaws, are they not Igbos? The day I will give you that history most of you will go and drown in the creeks or commit suicide because you know nothing, I respect your age because you are a father but you are a disappointment to this generation and next . ”

On Biafra he said : “Now you are writing a letter to a small boy calling him Mr. President because you are afraid, when you were selling Biafra like Ken Saro Wiwa did, did you think it will come to this? If you betray Biafra you will be reduced to nothing by those you are serving. 70 years of service our mothers are fetching water from the stream . An Elder Statesman, statesman in your pocket. You achieved nothing except a house in Abuja, your latest wife those are the only things you achieved, an empty  life filled with betrayal and treachery. The people you are serving in the north did they betray their people as you betrayed your people, you should be ashamed of yourself and stop writing, you are begging.”

He reeled out all the projects that have been executed in Daura since Jonathan was betrayed by Pa Edwin Clark.

” As you are begging for Niger Delta so have they stolen all the money and taken it to the north, look at the projects in the north, Air-force Hospital in Daura, Federal Polytechnic , Daura. N18 billion University of Transport inaugurated in Daura.  Buhari’s hometown Daura to have Air-force battalion barracks , Katsina refinery ready in 2021, rail line from Kanu to Daura, NDE trains 1000 women in Katsina, Federal Government constructs transportation station in Daura, Federal Government approves N2 billion for building of food mass medical school in Daura. Edwin Clark do you see how people behave? Although Buhari is dead, they are doing everything in his name in Daura, what did you do for your people?”

Watch the full video below :

COVID-19 : See Why Imo State House Of Assembly Is Closed For Two Weeks