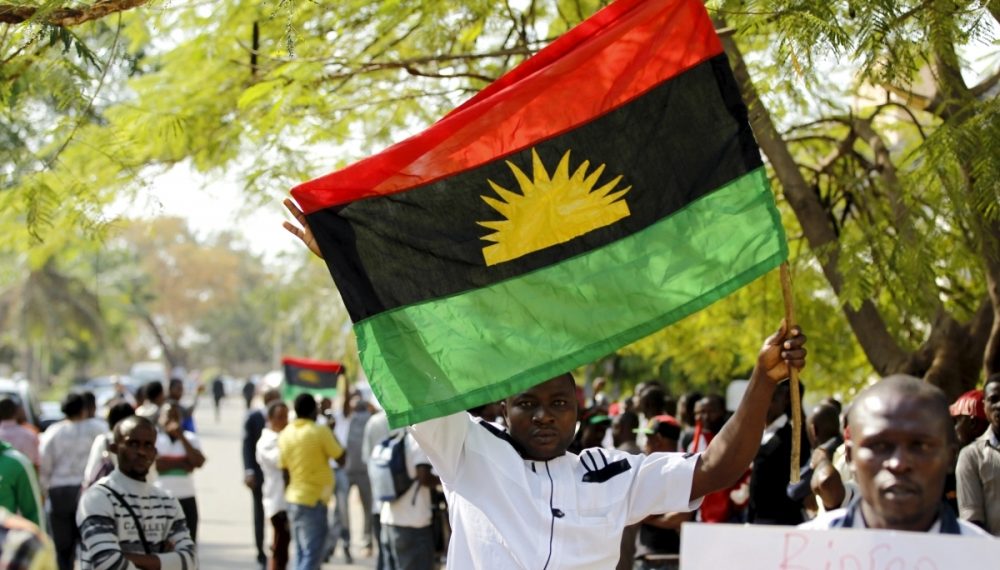 Nnamdi Kanu does not hate Christianity and Islam, he was raised a Christian, IPOB defends it supreme leader .

Naija News NG reports that Emma Powerful the media and publicity secretary of IPOB in an official statement said the allegation of Nnamdi Kanu hating the Christian religion is sponsored by fake men of God who are pushing the agenda for personal interests.

The statement reads “We are reliably informed that some unscrupulously corrupt politicians and thieving church leaders are sponsoring this new breed of e-rats of uninformed and clueless individuals hell-bent on churning out unguarded and unsubstantiated statements against IPOB since our leader started his exposition on some fake pastors and men of God in Nigeria who have refused to boldly speak up against the incessant and state sponsored killings and slaughtering of Christians in Nigeria.

The statement argued that Nnamdi Kanu never condemned Christianity because he was raised a Christian. Keep reading ,

“For the benefit of doubt and for the sake of the gullible who are susceptible to these lies, we consider it necessary at this point to put the records straight. Our leader Mazi Nnamdi Kanu in his life never condemned Christianity because he was raised in a Christian home by Christian parents and will never do such.

It also reveals that the late parents of Nnamdi Kanu died professing Judeo-Christian values, it went further to say MKN’s crusade is against those fake Nigerian pastors who believe solely in collecting tithes and offerings.

“He has respect for Christianity, Islam and other faith based religions around the world. He is surrounded by Judeo-Christian faith practitioners of which he is one. His parents died professing Judeo-Christian values. Only those fake pastors who believe solely in collecting tithes and offerings in churches without looking tangibly towards improving the lives of their fellow Christians in Nigeria are the ones behind this twisted narrative.” Powerful alleged.

He continued ” For the umpteenth time, our Leader does not hate Christianity and will never attack the faith. What he is against is the twisting of some Christian doctrines by selfish and greedy pastors to fleece their brainwashed followers.

“May we also use this opportunity to appeal to all those who may have misunderstood our leader as disrespecting men of God or showing no regards for Christian doctrines to disabuse their minds and understand that he is only opposed to wolves in sheep’s clothing.

Related Topics:BiafraChristianityIPOBIslamNnamdi Kanu
Up Next