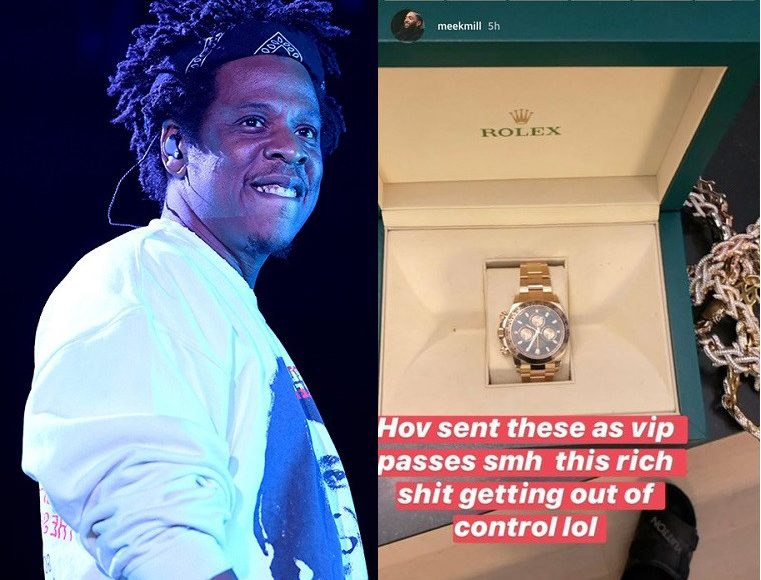 Beyonce’s husband and father of three, Jay Z is doing big boys things . The first Hip Hop billionaire who is worth $1 billion has given his friends, Swizz Beatz and Meek Mill Rolex watches worth $40k each as VIP passes to his show .

Jay Z is about to do his inaugural Shawn Carter Foundation Gala and have invited Swizz Beatz and Meek Mill as special guests.

Rapper Meek Mill and Swizz Beatz have both confirmed they have received the luxury invites. They both have also taken to their respective Instagram accounts to show off the extravagant timepieces.

Meek Mill wrote: “Hov sent these as VIP passes SMH this rich shit getting out of control.”

While Swizz shared a photo of the Rollie alongside a bottle of champagne from JAY’s brand Ace of Spades, alongside the caption: “Hov is on another level with the invite game. It came with a Daytona Rolex and a bottle of Ace.”

The gifted Rolex watches are valued at an estimated $40,000.

Now you know why he calls himself HOV.