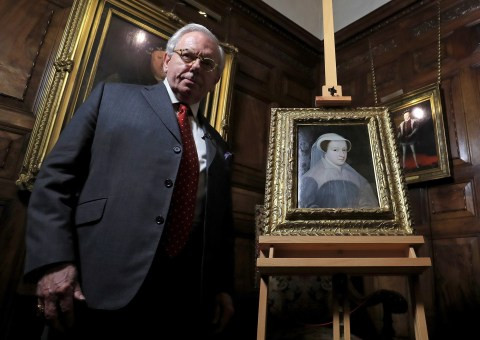 ‘Slavery was not genocide’ because ‘so many damn blacks live in Africa and Britain’ this statement got British history professor, David Starkey into trouble.

David Starkey made the statement while answering question in an online interview with Brexit campaigner Darren Grimes for YouTube channel Reasoned UK. 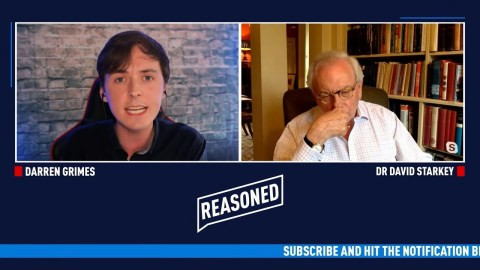 Professor David Starkey during the interview

Starkey said: ‘Slavery was not genocide, otherwise there wouldn’t be so many damn blacks in Africa or in Britain, would there? An awful lot of them survived and again there’s no point in arguing against globalization or Western civilization. They are all products of it, we are all products of it.

‘The honest teaching of the British Empire is to say, quite simply, it is the first key stage of our globalization. It is probably the most important moment in human history and it is still with us.’

The University in a move to calm angry nerves also released an apology to the students and staff of the college who feel bad about David Starkey’s slavery comment.

The statement by Cambridge’s Fitzwilliam College reads : “The Master has accepted Dr David Starkey’s resignation of his honorary fellowship with immediate effect. ”

‘Fitzwilliam prides itself in leading the way in Cambridge in opening access to higher education for under-represented groups. Our student and academic bodies are diverse and welcoming to all. We do not tolerate racism.

‘Honorary fellows have the same responsibility as all members of our college to uphold our values.’

He said: ‘Widely reported comments by historian David Starkey during a recent online interview are, in our view, completely unacceptable and do not reflect the values of our university and community. We have therefore terminated, with immediate effect, Dr Starkey’s visiting professorship.

‘I would like to say sorry to colleagues and students who will have been offended and upset by such comments of this appalling nature, and in particular in these challenging and difficult times for us all.’

TB Joshua Healed COVID-19 Couple in US Via Video Calls