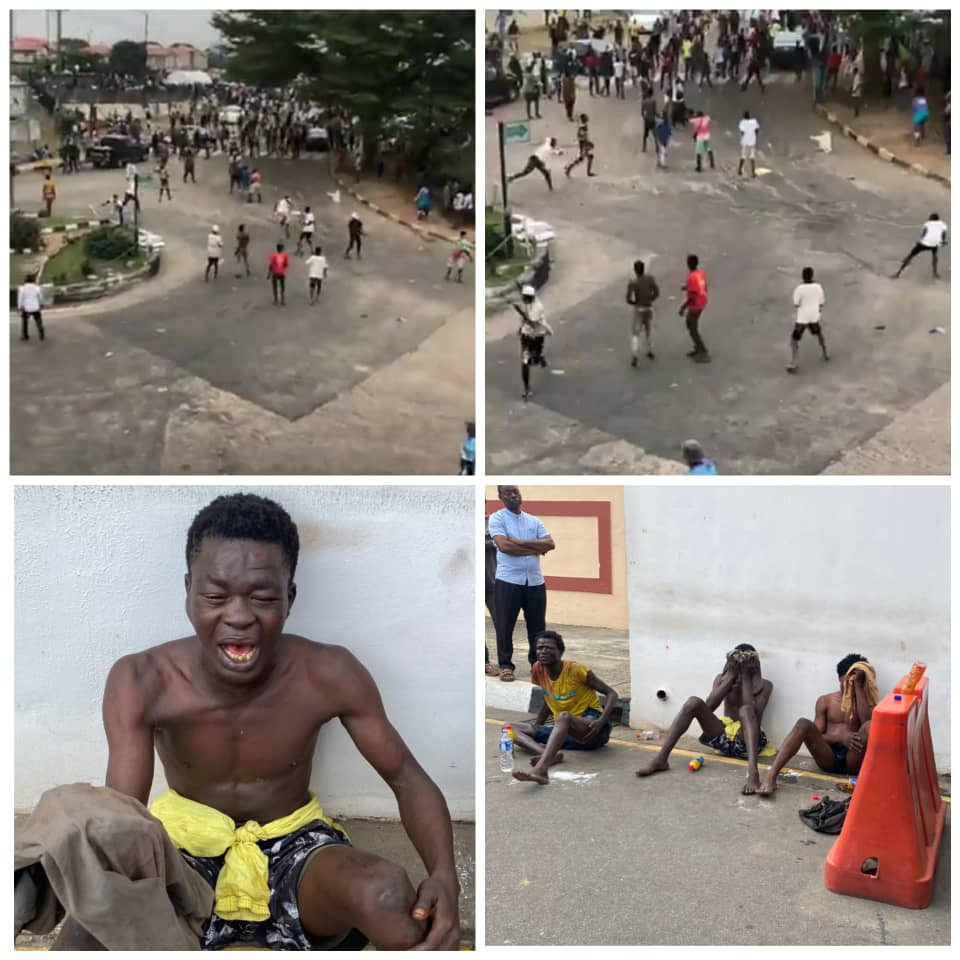 The Protesters at Alausa have alleged that MC Oluomo sent Agberos (thugs) in BRT bus to disrupt their peaceful protest.

NAIJA NEWS NG curated videos and tweets from those on ground in Alausa. See below :

Here are the thugs attacking peaceful protesters at Alausa with machetes/cutlass, knives & sticks

They came in over 20 chattered buses, an evidence that they’re being sponsored by politicians.#AlausaProtest #EndSWAT #EndSARS OSP James Nwafor / Adamu pic.twitter.com/mALQnc4S1O

The moment people at #AlausaProtest pursued the state-hired attack thugs that came to disrupt the protest.

There is strength in numbers. ✊🏿#EndSWAT #EndSARS pic.twitter.com/EsEUyBOPVQ

“MC Oluomo and Baba Alado sent thugs to Alausa. They came in Lagos State owned BRT buses and the Nigerian Police refused to stop them!!

He was successful in Oshodi and Okota against Igbo communities there.

NURTW people are already at #AlausaProtest to disrupt protest. They are carrying guns, cutlasses.
Pls, I just escape from there now…pls
Are this Mc Oluomo boys??

Someone just posted this, pls retweet to warn others and confirm if it’s true…”

“Someone reach out to MC Oluomo and tell him that NURTW members should not be used as agents to disrupt the protests. #5for5 #StayFocused #EndSWAT #ReformPoliceNG”

“Some thugs were sent to disrupt Alausa protest yesterday. Guess what? My lions went for them in full force & still guarded them from being devored! That’s why I love y’all!!! We still cleaned them up,got ambulance, fed them & more then they ended up @ the station! #AlausaProtest”

“This is a protest of survival and not a protest of empathy. No matter how many times these hoodlums come at us, we will never back down. Our strong will to survive is what will ensure our victory at the end of this protest. #AlausaProtest #EndSWAT #EndSWAT”

SARS TO SWAT : Femi Falana Speaks On The Real Issue