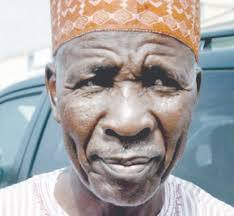 Buba Galadima has said that the only thing Buhari ‘s government has achieved is stop blaming PDP for its failures.

The former political ally of the President Buhari and former National Chairman of the defunct Reformed All Progressive Congress (rAPC) said this on Police Today while granting Channels Television an interview. He was interviewed alongside Special Assistant on Media to Buhari , Aliyu Abdullahi , who claimed that the present administration has done incredibly well and that no part of Nigeria is under the control of Boko Haram.

In response Buba Galadima who was the spokesman for the PDP during the 2019 election used the killings in Katsina State as an example. He said people are being killed on a daily basis in Katsina.

Galadima said, “He [Abdullahi] is free to say that because we’re in democracy everybody has got their view and opinion about an issue.

“But I don’t think our listeners in this country, [ I mean] anybody that is listening to this programme will agree with him or anyone else [on that.] Because the only achievement for me, the APC has done is that they have stopped the blame game.

“[They have] stopped blaming the PDP for the woes of this country. That is the only achievement they have. But if you are talking about security, I don’t want to take you very far, go to the President Buhari ’s home State of Katsina.

“Today, in the newspapers, several people were killed, several others were displaced. That is his home state.”