by Admin
in Nigerian Entertainment News

Naija News NG reports that the singer said Burna Boy just makes it look like he is putting in the work while all he does is sample songs from older artists and get awarded for it .

Burna boy is such a tallented Artiste but also a cheat. You all might think he is putting in hard work but all he does is SAMPLE songs from other artistes and win questionable Grammy awards from organizations that knows nothing about real African music.

His most recent release “Last Last” is a sampled song from TONY BRAXTON’S 2000 hit “He Wasn’t Man Enough”. Tomorrow he is gonna win another Grammy awards with a song that is not his original work. Tony Braxton is getting 60% royalties while he is lucky to get 40% as agreed upon. Some Artistes get 100% of their work. He had a good team to fight for him but is still a shame for a top artiste like himself to be doing that despite all the noises on social media.

Lots of my Naija people don’t know that. We don’t encourage Plagiarism. That takes away from hard working Artistes who create original music and put in the sweat. We have also seen some popular A-list artists in Cameroon doing same with no shame. One day na one day monkey go cho pepper 🌶. STOP overhyping Plagiarized music. We must speak up. 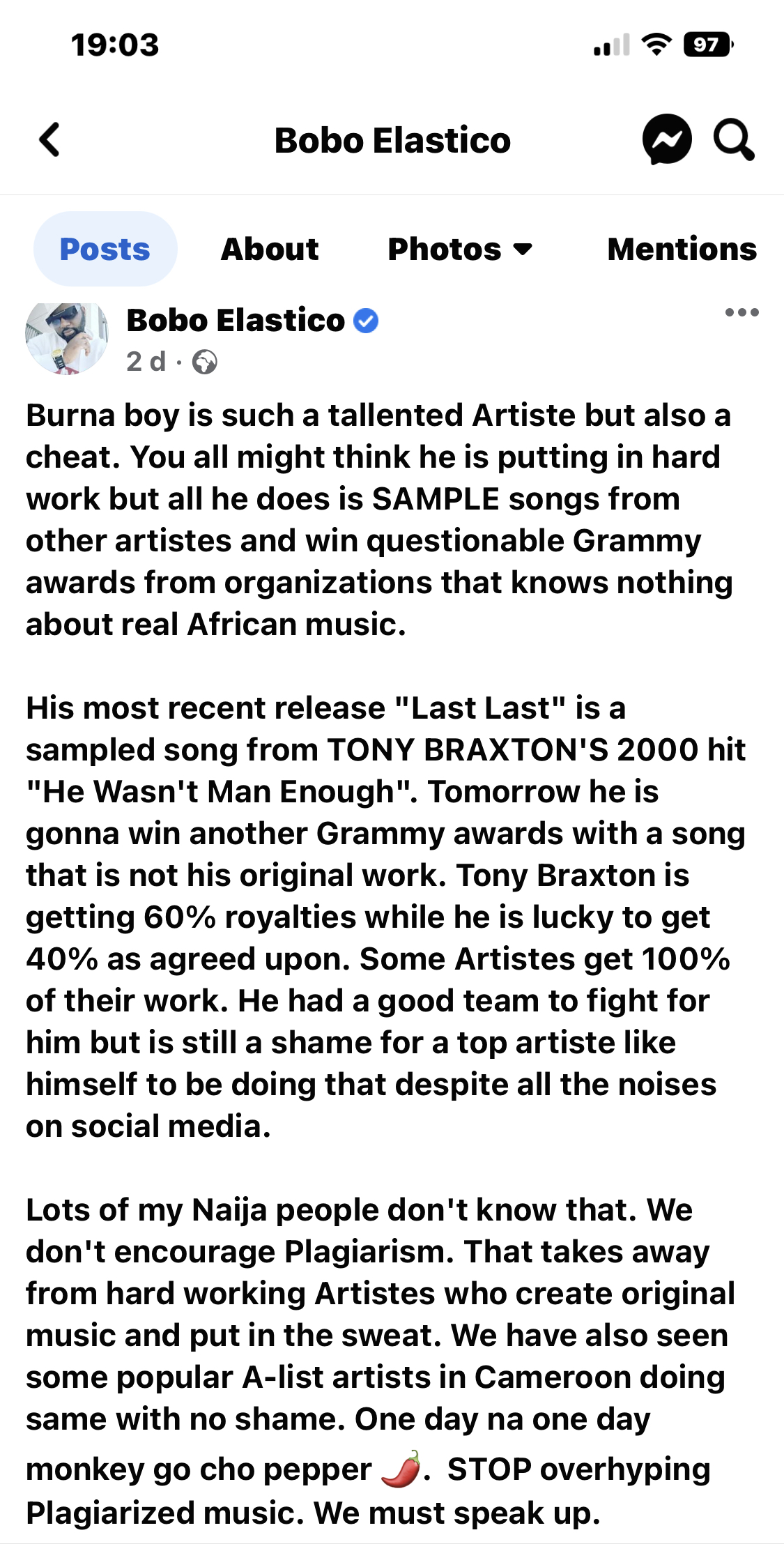 Glo to dole out 20 houses, 24 cars in Festival of Joy promo

Glo to dole out 20 houses, 24 cars in Festival of Joy promo