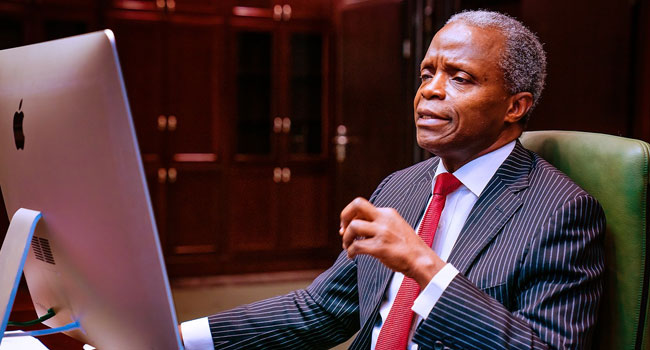 Some clergymen in Nigeria and the Christian Association of Nigeria CAN have vehemently opposed CAMA . Under the new law, religious bodies and charity organizations will be strictly regulated by the registrar-general of Corporate Affairs Commission (CAC) and a supervising minister. The new law empowers the commission to suspend the trustees of an association or a religious body and appoint an interim manager or managers to coordinate its affairs where it reasonably believes that there has been any misconduct or mismanagement, or where the affairs of the association are being run fraudulently or where it is necessary or desirable for the purpose of public interest.

Vice President Osinbajo used the Nigeria Bar Association annual general conference held on Thursday,August 27 to urge clergymen who are not happy with the new CAMA law to approach the National Assembly for redress.

“We have a process by which this ( CAMA law) can be redressed. Whatever the proposal for amendment may be, whatever the view of the leadership of the church may be, regarding the question of how the trustees, whether they are interim trustees or not, can be put into a proposal that will be brought to the National Assembly for consideration for amendment to the law, that is the process which is entirely opened and ought to be pursued.

We are in a democracy and there is a process by which things can be done and that process is the one where you bring forward amendments to the National Assembly and they will do whatever is considered useful in the circumstance.”

Vice President Yemi Osinbajo is also a pastor of the Redeemed Christian Church of God (RCCG).

IPOB : I Am Heartbroken- Brother Of Arrested Member Cries Out