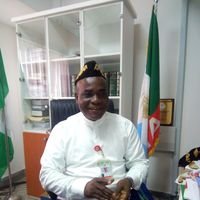 The presidency has finally broken its silence on the signing of the controversial Companies and Allied Matters Act, CAMA by President Buhari.

NAIJA NEWS NG reports that President Muhammadu Buhari’s Senior Special Assistant on Niger Delta Affairs, Sen. Ita Enang has while trying to clear the air said CAMA was not targeted at Christianity, Islam or any religious body in the country.

Senator Ita Enang said unlike the general notion, President Buahri is not the sponsor of the bill and had withheld his assent.

He said the controversy around CAMA was created to blackmail President Buhari, Senator Enang said this on Tuesday, September 1 in Abuja during and enlightenment session with members of Christian Association of Nigeria (CAN).

He said: “misconceptions have enveloped this Act with deliberate misinformation and falsehood by persons who may not have fully and in-fact personally read and digested the provision of the Act.

“First, the bill as it then was, was not an executive bill transmitted by President Buhari to the legislature.

“It was initiated by a Senator and member of the House in the respective chambers, at the behest of the Corporate Affairs Commission and support of the Ministry of Trade and Investment.

”Secondly, upon receipt of same for assent, Mr President in accordance with extant best practice escalated the measure to appropriate Ministries, Departments and Agencies.

“They made different inputs some of which led to Mr President declining assent twice to the bill in the entire tenure or life of the 8th Assembly.

“We want to declare as a fact, that the Act does not target churches or religious bodies as wrongly assumed.”

Buhari had in August, 2020 signed the amended CAMA Act into law.

Irked by the action of the president, Bishop David Oyedepo of Living Faith Bible Church and some Christian leaders had claimed that the law was targeting the church.