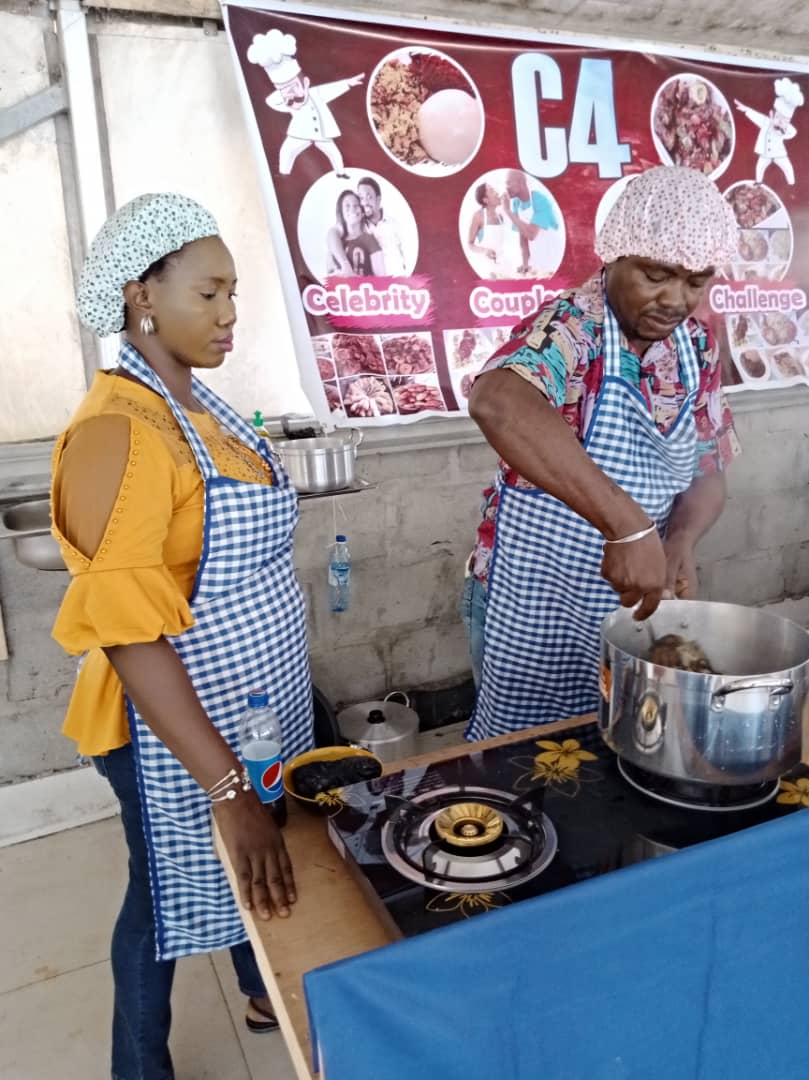 Top Entertainment Celebrity Journalist, Chilaka Patrick is set to roll out a new family based TV show tagged, “Celebrity Couples Chef Challenge”, C4.
Celebrity Couples Chef Challenge is a cooking competition that involves celebrity couples, showing off their culinary skills to the delight of their Nigerian fans and audience.
The show will see the super duper celebrities doing what no one has seen their favorite celebs doing outside their usual spotlight.
Chilaka disclosed that “the show is out to promote the unity, love, harmony and togetherness among couples, who depend on each other to make their homes a lovely place to live in”.
He also opined that “the project seeks to promote our cultural heritage, as it concerns our food and other culinary delicacies, and couples participating in the challenge will display their knowledge of the Nigerian dishes”.
Celebrity Couples Chef Challenge, C4, which will kick-off within the first quarter of next year, is also proposed to have Lagos State as its location,  due to its host of the many celebrities living in the state , and Lagos being the center of excellence when it comes to entertainment.
The Celebrity Couples Chef Challenge, will see 20 couples battling each other for the title of being the best Chef Couple outside their normal celeb status.
A star prize of 20 million naira for the best celebrity power chef is up for grabs,  other compensation prizes, mouth watering prizes for the other winners in the challenge.
The show is open to all married celebrity couples in Nigeria’s entertainment industry , who have a verifiable status of being married irrespective of their age.
Celebrities who are not married are not eligible to take part in the show.
The project will have a setting where an anchor, a female celebrity will take charge of the show and ensure that all laid down rules relating to the show are adhered to.
The show will also x-ray to Nigerians the bond their entertainment role models share at home.
The project also will bring the likes of Paul (Rude Boy) and Anita Okoye, Mercy Johnson and  Prince Odianosen Okojie, Yul  and May Edochie, Ebere Okaro Onyuike and husband, Tuface and Annie Idibia, Ejike and Oge Asiegbu, and many more.
The show surely is pregnant with a lot of excitement and fun as it runs its full course of 14 days.
The show will also see celebrity couples being eliminated as it progresses, until the last 5 finalist couples enter a final competition that will produce the eventual top three winners.
Celebrity Chef Couple Challenge will run through a knockout stage, where couples will be eliminated on how they approach their cooking tasks given to them by the anchor of the challenge.
The contestants will be made to choose from the list of Nigerian foods available, and given ample time to cook and present the final cooked food to the panel of judges, drawn from a list of celebrities and professionals from the hospitality sector.
There will be an audience for each episode, and they will form part of the crowd that would add bite to the show.
In the end, the program hopes to use entertainment celebs to promote Nigeria’s cultural heritage as it concerns various local Nigerian dishes.
It will also show and promote love among couples, and how each couple compliments the other in their home as it relates to helping out with kitchen cooking chores.