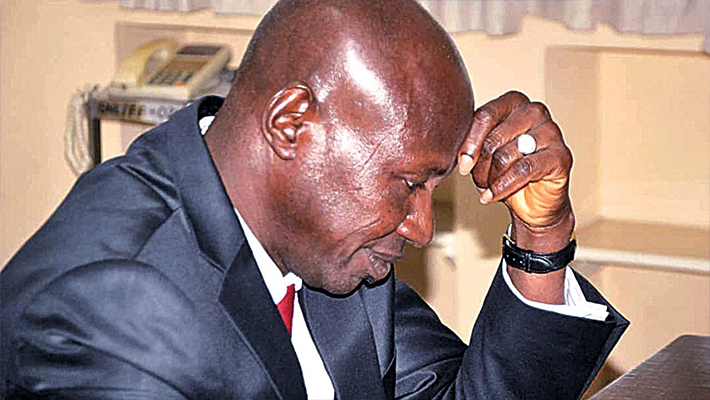 Ibrahim Magu , former Economic and Financial Crime Commission boss has been invited by the Code of Conduct Bureau.

In a November 2, 2020, letter obtained by this media platform, Ibrahim Magu was asked to bring copies of all asset declarations since joining public service.

Copies of appointment letter and and records of service from January to May 2020 were amongst the documents Mr. Magu was asked to bring, as well as all documents of landed properties both developed and undeveloped.

The invitation came months after Mr. Magu was suspended from office as acting-chairman of the EFCC on allegations of corruption. 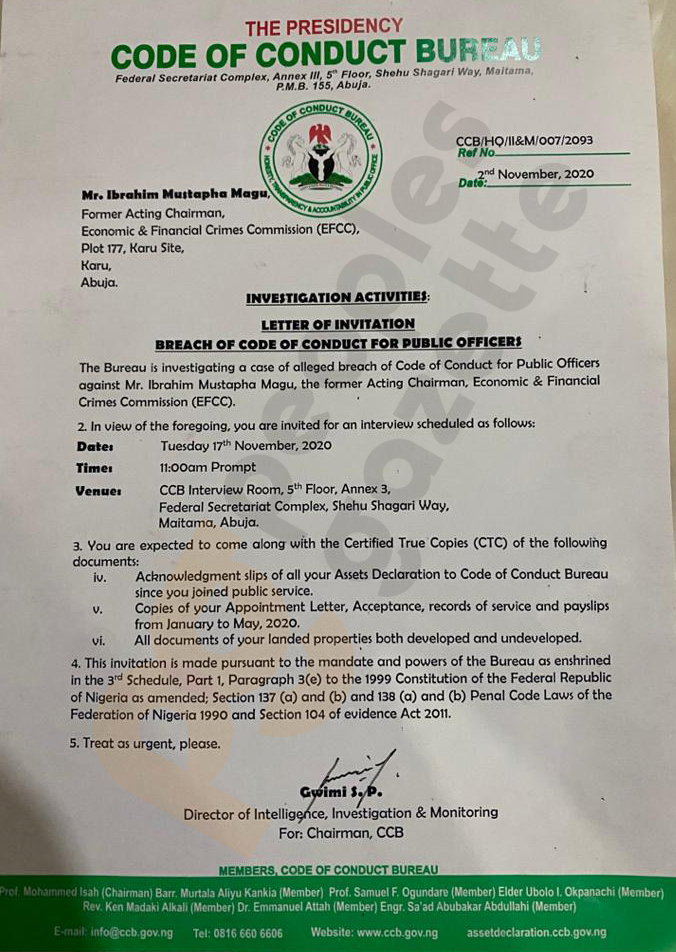