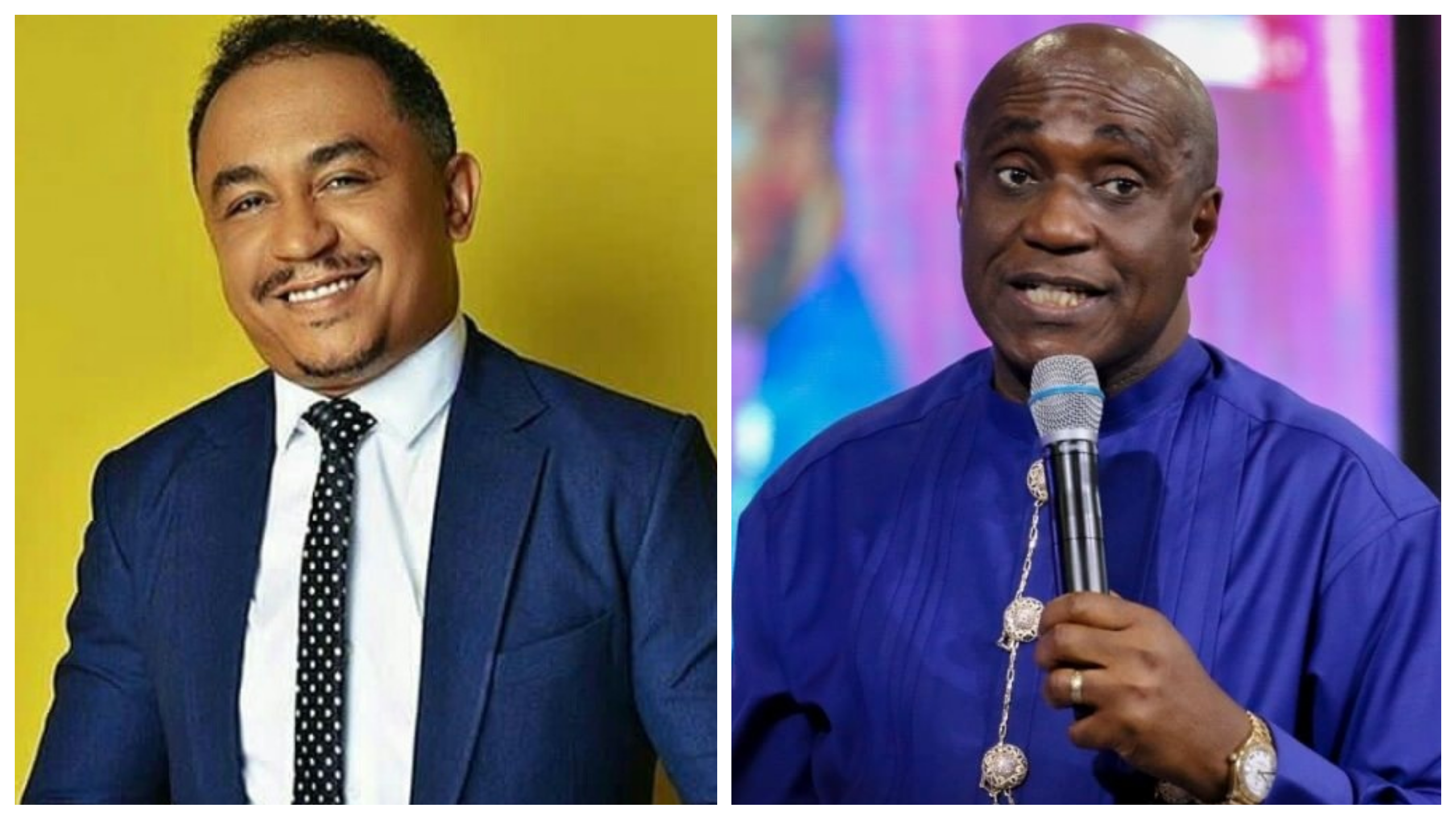 NAIJA NEWS NG reports that Ibiyeomie said Daddy Freeze insults his “father Bishpo Oyedepo” . The Port Harcourt Pastor said Daddy Freeze doesn’t have a father and cant marry . He said he will arrest the founder of Free The Sheeple movement the next time he insults David Oyedepo.

According to Ibiyeomie, Freeze is not a Nigerian but a Somalian who was born inside a ship.

Oyedepo may not talk but I can’t be alive and you insult my father.

Who gave birth to him? If he has a father, let him show us his father’s picture. Somebody that they gave birth to in the ship. Does he look like a Nigerian? That’s a Somalian.”

People who have fathers don’t insult fathers. He is insulting him because he has no father. You can never insult a father if you have a father. He has no father.

Tell him o. Tell him. This is the last time he talks about Oyedepo again. He is a bast*rd. Does he have a father? Who is his father? Let him show his father if he has a father?”

He used his failed marriage to attack him but Daddy Freeze has remarried .

”Man who cannot marry. He has no wife. He can’t manage his home and he is coming to talk on Television. Is he not the wife who left him? A man who is a broadcaster? Does he have a good job? ”

for always 'insulting' Bishop Oyedepo, threatens to deal with him and get him arrested