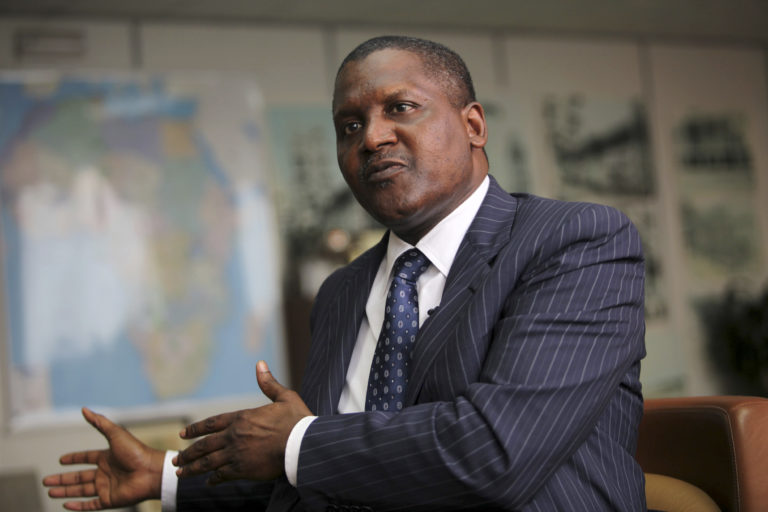 BUA Group said it relied on a judgement by a Federal High Court in Benin.

Dangote advised the regulatory agencies to disregard completely the unfounded and mischievous claim and publication by the BUA Group, saying it was riddled with misrepresentations and deliberate distortions of facts

Dangote Group, in a statement signed by the Group Executive Director, Devakumar Edwin, yesterday explained that the Dangote Group through its lawyers had vigorously defended the Suit filed by the BUA Group seeking a perpetual Injunctive Order against further interferences with their purported fundamental rights to property and privacy. He said the Group has appealed the High Court judgment and until the Appellate Court rules, BUA cannot lay claim or even operate on the mining site.

Dangote Group, therefore, warned the general public and those working with BUA Group not to take any steps to enter, mine or interfere with the disputed mining leases pending the determination of the Appeal and/or the 2 Suits pending before Umar J. as any such steps will be considered a contempt of court. He noted that the Supreme Court in the case of Governor of Lagos State v. Chief Ojukwu (1986) 1 NWLR (pt. 18) 621), has held that:

“Once a party is aware of a pending court process, even when the court has not made a specific injunctive order, parties are bound to maintain the status quo pending the determination of the court process”.

Insisting that BUA Group does not have any right to the mining sites, Edwin recalled that though the BUA Group claimed to have title pursuant to Mining Leases 18912 and 18913. “However, as recently as 09 October 2019 while its wholly incompetent Fundamental Right Suit was still pending, the BUA Group through its subsidiary (Edo Cement Company Ltd) applied to the Director-General of Mining Cadastre Office & Centre, Abuja for the renewal of the said Mining Leases Nos. 18912 and 18913. In response to the BUA Group’s renewal Applications, the Mining Cadastre Office, in Abuja in its letters dated 18 October 2019 wrote back to BUA Group to inform them in very categorical terms that the Mining Leases Nos 18912 and 18913 were nonexistent and were not valid Mineral titles”, the GED noted.

Edwin further explained that “Interestingly and to show the character of the BUA Group, these supremely critical facts were never brought to the attention of the Federal High Court in the Fundamental Rights Suit even though the Mining Cadastre Office letters were written about 8 (eight) months before the Judgment of the Court was delivered. In effect and significantly so, when that Court was handing down its decision and issuing injunctive orders to protect BUA, BUA knew and was well aware, by virtue of the above-referenced letters, that its purported rights to the mining lease were non-existent!

“These facts were however mischievously and in a brazen display of mala fide concealed by the BUA Group from the Court! Even these facts constitute sufficient proof that the BUA Group’s claim to Mining Leases Nos. 18912 and 18913 rest entirely on quicksand and is therefore invalid baseless and totally non-existent. The general public is advised to be guided accordingly,” Edwin added.

Jumia’s contributions to employment creation and economic growth in Nigeria

8 Years of E-commerce in Africa: A Retrospective Review Amidst COVID-19 Pandemic