President/Chief Executive of Dangote Industries Limited, Aliko Dangote has received the highest civilian honour in Cameroon – the Commander of the National Order of Valour – from the President of the Republic, Paul Biya.

According to President Paul Biya, the landmark honour was conferred on Dangote in recognition of his efforts in infrastructural development of Cameroon and Africa through his cement plants. The President, at a conferment ceremony held at the Unity Palace, Yaoundé expressed pride at Dangote’s various efforts to promote industrialisation across Africa through the building of cement plants in several African countries. He noted that these plants have provided thousands of direct and indirect employment at their various locations, to boost the economies of their host countries, just like in Cameroon.

He urged the leading African investor to consider more investments in the manufacturing sector in Cameroon, explaining that there are numerous business opportunities in the country. He maintained that his government is focused on promoting a business-friendly environment to make the country more attractive and an investors’ destination.

In his response, Dangote thanked President Biya and the people of Cameroon for the great honour done to him in the award of the nation’s highest civilian honour. He disclosed that there are plans to diversify the group’s investments in Cameroon, starting with energy. He said, “We have plans to expand our investment to other sectors beginning with oil and gas while our capacity in cement will be expanded”.

He commended the Cameroonian government for providing an enabling environment, which aided the successful completion of the Dangote Cement plant. He also expressed appreciation for the support provided by the President and cabinet in solving the challenges encountered in the construction of the plant.

He said, “At the inception of our construction activities at the plant, we encountered several challenges, but the government stepped in and ensured that we overcame these initial problems. Also, the incentives by the Government to investors are encouraging. We feel very much at home here in Cameroon because of the business-friendly environment. If demand for cement increases, we will increase the capacity of the plant and make the country self-sufficient in cement production.”

Dangote Cement Cameroon SA, part of Dangote Cement Group was commissioned six years ago, and has boosted domestic cement production, reduced partly the domestic deficit, and helped in holding down the price of a bag of cement in the country.

Dangote Cement is sub-Saharan Africa’s largest cement producer with an installed capacity of 48.6Mta across 10 African countries and operates a fully integrated “quarry-to-customer” business with activities covering manufacturing, sales, and distribution of cement. It has a long-term credit rating of AAA+ by GCR and Aa2.ng by Moody’s due to its market leading position, significant operational scale and strong financial profile evidenced by the company’s robust operating and net profit margins relative to regional and global peers, adequate working capital, satisfactory cash flow and low leverage.

Dangote Cement is a subsidiary of Dangote Industries Limited, a diversified and fully integrated conglomerate as well as a leading brand across Africa in businesses such as cement, sugar, salt, beverages, and real estate, with new multi-billion-dollar projects underway in the oil and gas, petrochemical and agricultural sectors. It recently rolled out its fertiliser products into the local market, with plans for export while meeting local demand to boost agriculture. 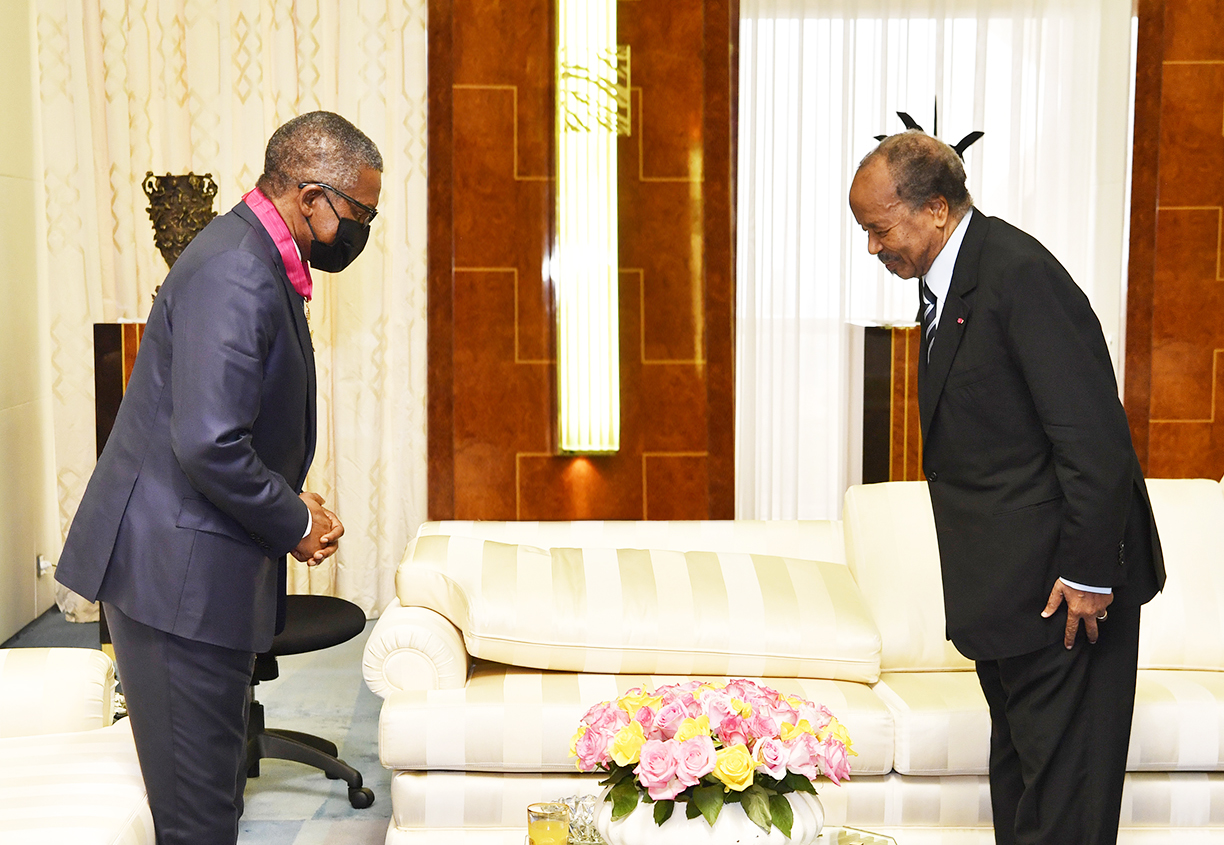 DSC2000: L-R: President/CE, Dangote Industries Limited, Aliko Dangote and President of the Republic of Cameroon, Paul Biya holding talks at The Unity Palace, Yaoundé.  Dangote received the highest civilian honour in Cameroon – the Commander of the National Order of Valour during the visit. 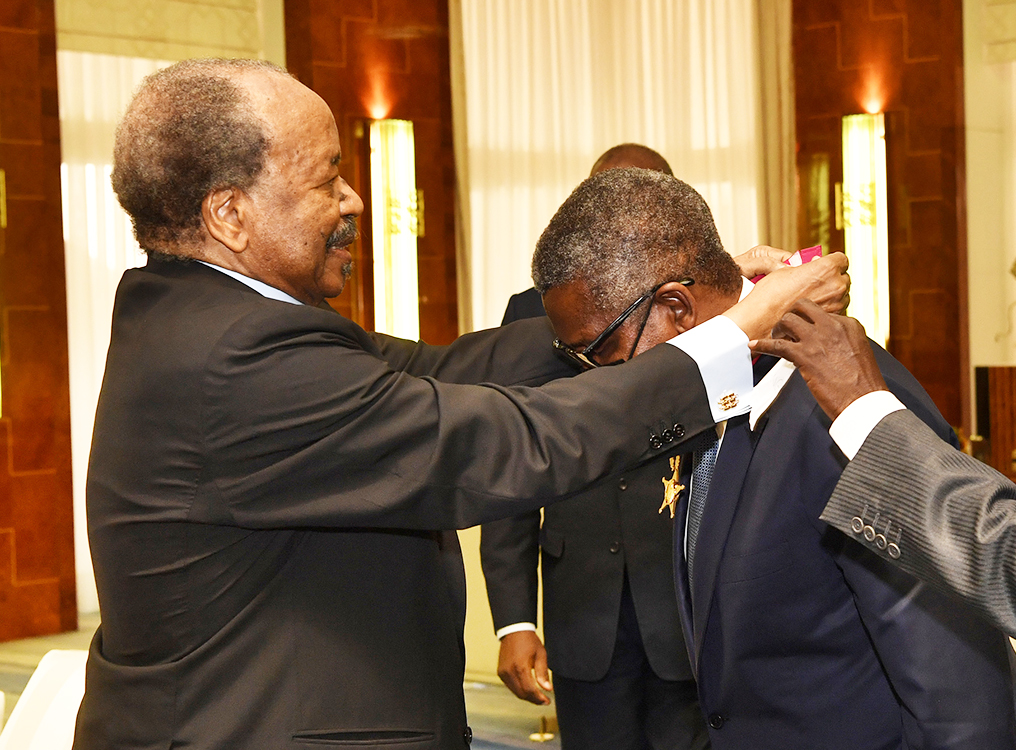 DSC2002: R-L:  President of the Republic of Cameroon, Paul Biya congratulating President/CE, Dangote Industries Limited, Aliko Dangote after conferment of “Commander of the National Order of Valour”  at  The Unity Palace, Yaoundé, Cameroon.