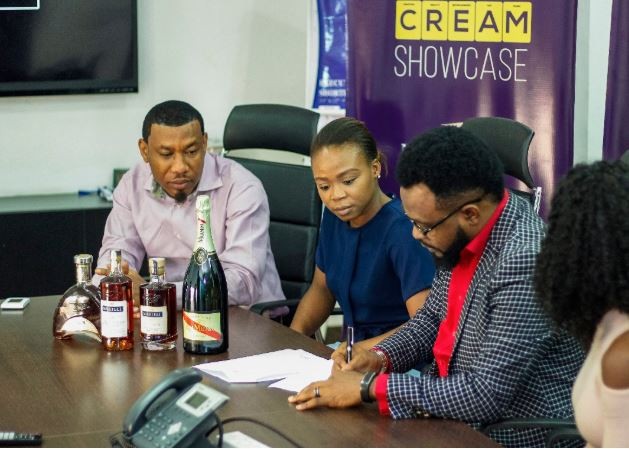 As part of the partnership, C.R.E.A.M, pioneered by legendary Nigerian pop star, D’BANJ, will sponsor a monthly entertainment event showcasing talents who are subscribers on the platform with a guest artiste

The ground-breaking platform, launched on 1st August 2016, broke the internet a year ago when it announced on its first anniversary that it had been valued at over US$100 million dollars upon the completion of its audit by one of the world’s leading tax and advisory services.

According to Damian Ifeanyi Okoroafor the CEO DKM Digital, the web-based platform was built on the telecommunications structure to create ease of access based on telecoms penetration in sub-Saharan Africa. The creative talent platform was set up to help discover young creative minds across Nigeria. The system, which works by dialling a USSD code on a mobile phone, has become one of the fastest growing digital entertainment platforms in Africa. As at May 2017, the platform had over three million subscribers with thousands of content from the music category alone.

Earlier in the year, loyal subscribers of the platform were rewarded with an all-expense paid trip to the April edition of the One Africa Music Festival in Dubai including  Mr Real, who remains C.R.E.A.M Platform’s biggest success story. The Legbegbe’ crooner  is an affirmation that the platform is focused on making the next generation of creative superstars. Other winners include TK Swag and Samson Obasola who also got the opportunity to perform along with Dbanj, Kranium and American singer, Ginuwine.

In its two years of existence, C.R.E.A.M Platform has recorded several landmark achievements and feats including the May 2018 partnership deal with one of Nigeria’s leading financial Institutions, Access Bank Plc that witnessed several subscribers and participants win 1million Naira bi-weekly as added incentives for subscribers on the ACCESS C.R.E.A.M Platform.

C.R.E.A.M’s integration with financial institutions such as Access Bank and Diamond Bank have further extended the reach of the platform thus creating more room for talents across board. Similarly, notable Dubai-based perfumery, Real & Davis, is also making efforts to set up an entrepreneurial base for platform subscribers to establish Small Scale crafts in the perfume business, be it as wholesale distributors or end to end retailers.

Furthermore, Slot Foundation has committed to engaging and empowering subscribers on the platform by training interested subscribers in phone technology engineering and skilled crafts to improve their support base. This is in line with the C.R.E.A.M’s core values which include entertainment, Sports, empowerment, music and showcase.